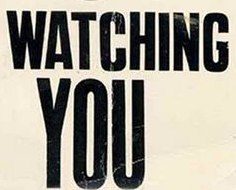 This is a guestpost by Brandon Moreau – Webmaster for Citiguarda Sydney Security Company, and DelMonico Hatter, seller of Borsalino hats for over 100 Years. Opinions expressed in the article are those of the guest author and not necessarily State of Search. This article is the first of a series dealing with privacy, technology, and where we are all headed.

Brandon is simultaneously a Technophile and Techno-skeptic. He is an avid reader of Stateofsearch.com and is grateful to Bas for the opportunity to guest post on this topic.

So, what does the future hold?

One of the favorite pastimes of SEO specialists the world over has got to be the art/science of Google speculation. Like extremely dense chocolate cake, however, it is not always advisable to indulge in it to overdose, and there is a significant chance that doing so may result in headaches, nausea, and the definite feeling of quiet overwhelm at forces beyond your control.

Personally, whenever I saw a Google rep, like at a trade show, my overwhelming instinct was to immediately pump them for every bit of advice they can offer, grab some free Google swag, and them give them a huge bearhug, seeing as their many-splendored algorithm gives folks like me a job market in which to participate in the first place.

But recently, I feel more like Truman Burbank than the head of my local Google Fan Club. It’s not all roses and candy canes anymore. I’m starting to get that slightly queasy feeling referenced above, and the feeling overwhelm is a little more then slight.

And the reason is, I’ve seen the future.

The next article in this series goes more into the nitty gritty – sorry for the teaser – but some background needs to come first: 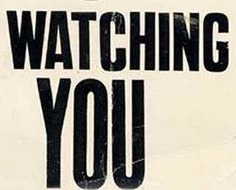 In order to understand the future, or what could likely happen therein, one must first examine the trends of the past and the intentions of those in the present who could influence it. In this case, that person would be Eric Schmidt, famous for throwing out both scary and visionary prophetic one-liners which give an insight into the future track of Google and, by necessity, the internet as a whole.

Right now, things are great. Google helps you find what you want. Anything you want, whenever you want it. And sometimes, there’s a sort of magical quality where they seem to know what you want before you do.

As has been talked about in many places, that is indeed the future – at least, the near future. First came Google Instant, then Hotpot, then soon Mobile Search with their “Serendipity Engine.”

By integration of search with local, I believe Google will have the ability to feed you paid ads based on your purchase history (because you can buy products using an RFID chip in your Android phone), your location by GPS, and, “with your permission,” your preferences, communications and personal data. And with the advent of Google Hotpot, you will be able to see reviews on what your friends ordered from the restaurant you are currently sitting in and whether or not they liked it or lumped it.

This Serendipity Engine service will undoubtedly be useful to help you find things that you didn’t even know were there. But not everyone will embrace it, something which Google is quite aware of.

Over the past year and a half, I was a teacher in IT. In my class was the next generation of IT professionals – people just starting out in their careers who would, sooner or later, be joining the vast machine that is the IT Business and its various products and services.

I showed them the Eric Schmidt video linked to above. The responses were so varied that it looked like something straight out of an HSBC Ad.

Some were ok with it and viewed the service as useful. Others were completely repulsed and viewed it as a total invasion of privacy. Like Will Smith in I, Robot, a surprising and refreshing distrust of Technology came into view, very passionately expressed by some.

As a teacher, this kind of student engagement is the sort of thing you’d sometimes do anything for. I’m honored to have taught those students who view the status quo of internet privacy with such a questioning eye, particularly when they very well may be the ones responsible later on for how large companies treat my own privacy rights.

For, let me assure you, the debate on Privacy will do nothing but increase over time. Companies will always be feeling out that line between big profits and Big Brother – and there are as many definitions of that line as there are people.

That is, unless people stop caring as much, and stop piping up at something they disagree with – which is a possible outcome too, you know.

One needs to keep one’s own rights created as a living, breathing entity, or one risks losing them. Not that Google can’t necessarily be trusted – maybe they can, and maybe they can’t. But trends are trends and technology is moving forward at a very exhilarating, and very alarming, rate. Google’s “Serendipity Engine” was the wake up call for me – but I might be coming to the table later than others.

In your own areas, and under your own umbrellas of responsibility, what have you done to help people become more aware of their online privacy rights?

Do you think that people in general really are making an informed choice when they opt in to a new service or app?