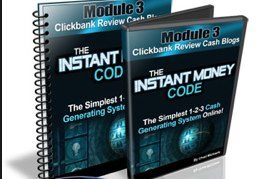 Google Instant is making us (or Google?) money!?

When Google rolled out Instant Search only a bit over a month ago (feels like its been there forever doesn’t it?) the first reaction of some was that it meant “the death of SEO”, which was rubbish. The second reaction was that it was “the death of PPC”. Which made more sense, but also was said too quickly. Now it turns out that it was rubbish also, Instant is not costing advertisers money, its making advertisers money!

That is at least if we can believe a research performed by Marin Software, one of the larger managers of advertiser spending on search engines. They noticed that the number of times their advertisers showed up in Google grew by 9% and the clicks on those ads grew with 5%. This lead to an increase of 2% in spending on ads. Which makes both advertisers and thus Google as big winners of the launch of Google Instant.

Marin Software claims “Advertisers are getting better value for their money,” because the paid cost per click dropped by more than 3%. Things however might be less shining then look at first sight. It could be that advertisers didn’t at first see the increase of searches and left their budgets untouched. That would mean the budget would be gone more quickly because of the increase in clicks. If they then didn’t renew their budget, cost per click goes down on average.

So Instant is making us money. Right? Well not so fast. This is just one research of one manager of advertisers. They might be seeing some growth, that doesn’t mean the entire market is seeing that same growth. Others claim they haven’t seen any changes.

Google has not reacted to this. They claimed that Instant wouldn’t affect the PPC. As it looks now it does help Google to get more profit. Which makes the changes legitimate. After all, Google is a business and businesses want to make money.

If you have seen any changes, good or bad, after Google Instant, let us know!