Google has been making quit some changes to its SERPS in the past months, most of which we reported on here on State of Search. Only a few days ago we highlighted some tests Google was doing.

And just when the ink is dry Google decides it is time for yet another “test”. This time a little bit bigger then the others though, if we can believe our sources but also those on Twitter, which are with a lot more. Many people are spotting a new way of presenting the search results. The comments differ, but in general people think they are ‘ugly’.

The biggest change we can see from the screenshots going around Twitter (I haven’t spotted this in the wild myself yet) are the not-underlined results which we talked about earlier this week, much more “white” on the page and in some cases a dotted line between the results.

Let’s take a look at some of them.

Not underlined and more white space 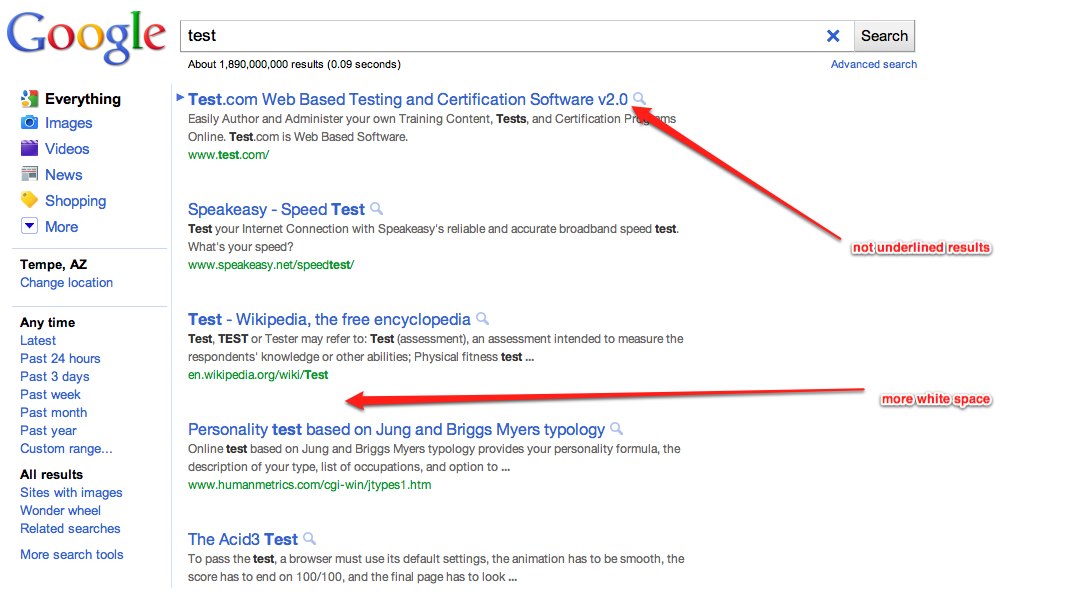 In this result you can very well see the space which the results are getting, there is a lot more white space in between the results, which will either mean that people have to scroll a lot more or that the top results (ads!) are becoming a lot more important. 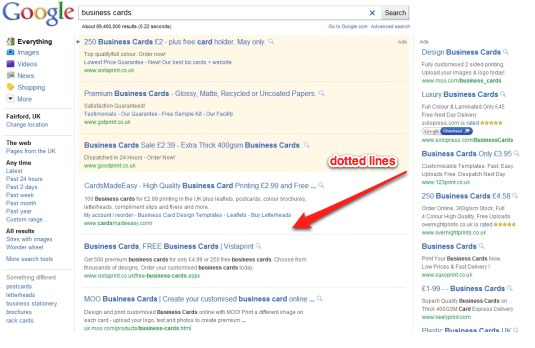 In some results (not all of them, so Google could be testing how the response is on them) you can see dotted lines between the results. The reason for the lines are vague, but it might have something to do with the distinction between sites, it will not surprise me if the results of one site will all be cluttered within the dotted lines, making room for more sites on the page. 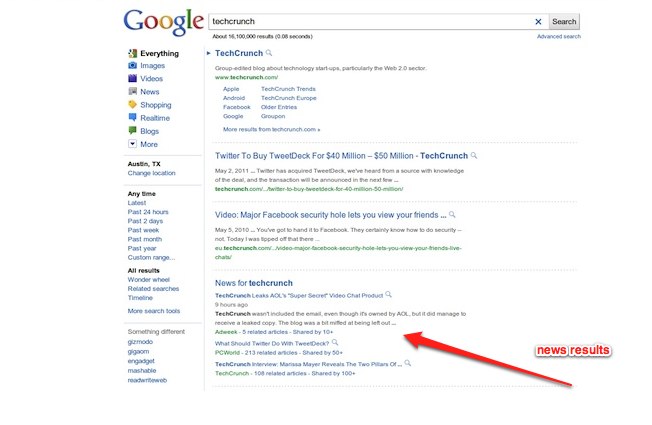 In this one, which was posted on TechCrunch, you can see that the News-results have much less emphasis than they have now. This is surprising, since it seems to be one of Googles goals to get the freshest content to its searchers as soon as possible. But in this case the news results are hardly distinctive from the other results. There are no images next to the search results and they are all outlined on the left, not indented.

As said, I haven’t spotted them myself (my country is not important enough for Google I guess). But if you have spotted them and seen other changes, let us know, in the comments or drop us a note.