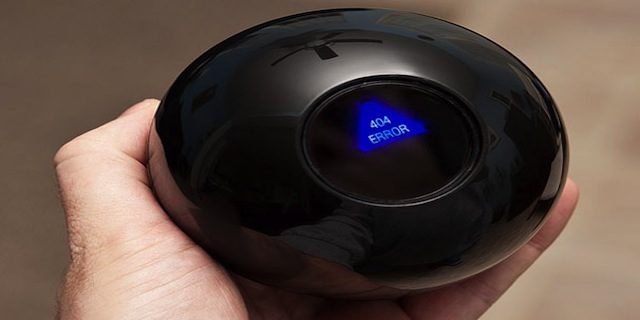 The ‘Google Killer’ might Come From A Different Direction: Shazam?

The question ‘what will be the Google Killer’ has been asked many many times over the past decade. The answer continues to be the same, there will be no ‘one’ product, which will ‘kill’ Google. If Google gets killed, it will not be by a competitor but by themselves, for either growing too big, not doing what the end-user wants or losing focus for example.

Still, there will be a ‘new Google’ one day. It might not even be a search engine which will be that new kid on the block. And you could even say Facebook or Twitter are examples of ‘new Googles’ already. They haven’t killed Google, but sure are examples of other new initiatives which can be successful and who deliver part of the answers we are all looking for.

When it comes to ‘search’ the ‘new Google’ or the next ‘Google killer’ might come from a different direction than a straight forward search engine. Could it be Siri? Or maybe Bing has something up its sleeve? But it could also be coming from a complete different direction. Shazam for example.

To get an idea of where the next Google could be coming from there are two things (next to a million other smaller ones) which one should keep a close eye on: what do people want and how are different players responding to that.

What do people want?

The most important one is off course always ‘what do people want’. The probably most difficult question to answer, for one because you can’t ask everyone. Secondly if you do ask people, chances are they won’t tell you the truth or won’t know what they want.

If you look at people’s behaviour you will find that search is always there, one way or another. Because people want to know things. They want to understand what is going on or they want to simply know facts ‘what is this’, ‘how can I use that’, ‘why would I want something’ are questions people ask themselves constantly, most of the time not out loud, but in the back of their minds. And on every occasion we want the acknowledgement of our surroundings that what we are doing, saying and seeing is indeed the right thing.

And this is what search in the future should be, and is going to be, much more focussed on: providing those answers, answers to questions we didn’t even know we were asking. Combined with the little facts we want to know right there and now and everything related to what we are seeing.

How are the players responding?

You can see that there are companies already acting on this, starting with the biggest Google killer of them all: Google. In the last year they have ‘given’ us more personalised search, more integration with Google+ and let’s not forget Knowlegde Graph. These three combined do all the things mentioned above: they are giving us answers, based on our behaviour, social circle and many other elements, to questions we didn’t even know we were asking next to giving us the hard cold facts and related topics.

Google probably gets closest at the moment to combining all of these elements, which is why they won’t ‘kill’ themselves just yet. Bing is a good second, but they lack the user base and more importantly they lack the ‘habit’. People don’t think about using Bing at many occasions.

The new challenges however for Google could be coming from a different direction, from applications, tools or companies that try and give us the answers in the right ways as well even though they haven’t been able to combine all the elements mentioned above just yet.

Apple’s Siri could be an example. We ask a question to Siri and the phone answers the question. However, that is relatively straight forward. Even though it gets close to our day to day lives, it stays on the ‘conscious’ level in most cases. But Siri ‘doesn’t do it’ just yet I think. And a Google Glass could do the same and more, which will make Siri chase Google again. 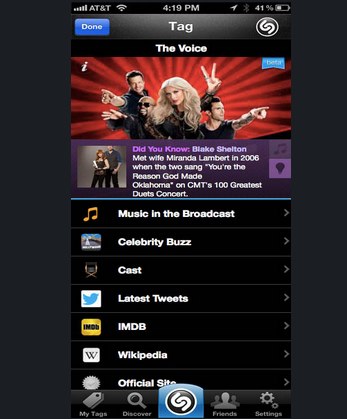 So where would the next Google come from? When I saw the new version of Shazam I realised once again that a tool like that has potential. It is far from there, but it does play on some of the basic elements. And if they play their cards right they might have a chance. Or they get bought by Google off course ;-).

So why Shazam? First of all let me be clear: I am not saying Shazam IS the new Google or the Google killer. But they are doing things which is in the right direction.

For those who don’t know: Shazam is an app which let’s you recognise music. You hear a song on the radio and you want to know which song that is. You turn on Shazam which listens to it and gives you back the name of the song.

Shazam has now added a new feature: Shazam for TV. You can ‘listen’ to part of a TV show and it will give you back the name of the show. But not just that:

As Mashable points out you can get cast details, music from the show, celebrity gossip about the actors, trivia, Twitter messages, the show’s web pages (e.g. official, IMDB and Wikipedia), merchandise and the option to share Shazam’s information on Facebook and Twitter.

Shazam is Knowledge Graph ‘on the go’. It helps us find answer right there right now. And it connects to the social element. With already 250 million users world wide Shazam is not small either, their user base is growing and will continue to grow.

And if they can do music and TV now it won’t be long before they can do other things which will make searching much simpler. Like acting on voice and responding to conversations based on the content. Just imagine getting extra information which you can ad to the conversation, because Shazam was ‘listening in’ on the talk you are having. It is future thinking, but not impossible, far from it.

As said, Shazam won’t be a ‘Google killer’, but it sure is a sort of search engine, heading in a direction which we want search engines to go to.

Latest Post from Bas
Branding Movies Every Marketer Should Watch

Guest Contributor
Google is increasingly encroaching in to search verticals like jobs and travel. Will their next move be in to real...
Read More
Join our 9,000+ Subscribers
Receive daily, weekly or monthly updates on our latest content