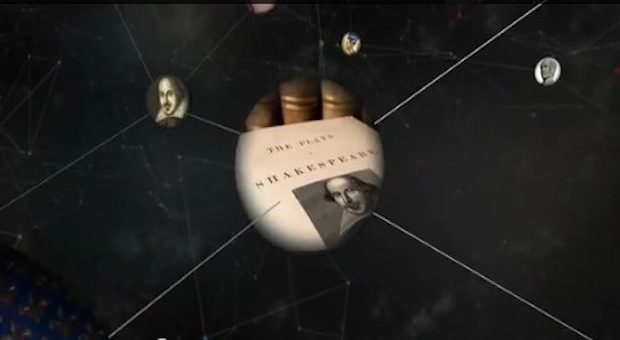 At SMX London last Monday Amit Singhal was already talking about the direction Google was going in. He there gave the example of the Taj Mahal. Are you looking for information on the monument or the closest Indian restaurant with that name. Google wants to give the right answer on queries like that.

Last night Amit Singhal gave the same example in a blogpost which announced the launch of the “Knowledge Graph“, it is the actual roll out of the tests we saw last week. With Knowledge Graph Google wants to “help you discover new information quickly and easily.” Simply said: its about answers, not the links. At SMX Singhal also said “Google has always been about giving the best answer on search queries” and this is an extension to that given.

The data Google is showing is gathered from specific sources which means the SEOs can’t ‘touch’ it and will be part of the discussion on whether Google is ‘stealing’ traffic from sites.

The Knowledge Graph is about connecting people, places and things and giving facts and data about the search you are doing. You are getting more information on the query than just the links to other sites. Google is actually giving you direct information in the SERPS. 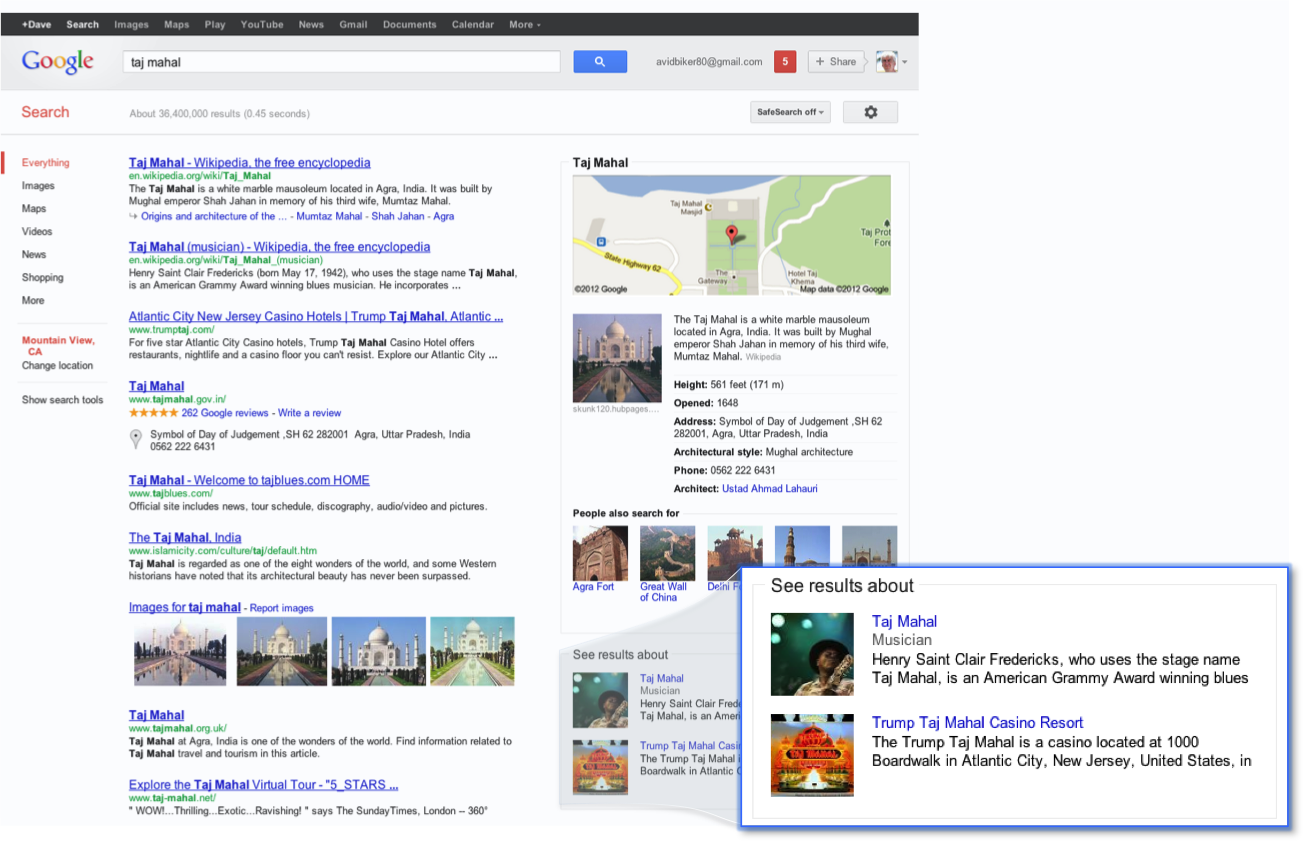 The Knowledge Graph does a few things:

Find the right thing
Google figures out, based on your personalized data, what exactly you mean when you are looking for the Taj Mahal. But next to that they also show a box with results which could be about the other meanings of Taj Mahal.

Getting the best summary
Google says it can now better understand your query so it will give you facts on the search you are looking for and primarily shows you the data which fits your needs best. This is what we spotted last week as a test.

Deeper and broader
Finally Google says they give us more specific types of information, right in the search results.

How do they know?

Two questions arise: how does Google know what exactly we want and where do they get the data from?

To start with the first question: Google studies the users and looks at relationships, not just in sites but all entities together. They are taking the social graph and the link graph and are combining the data from there together. In short: they are tracking our every move to figure out what kind of results we would like to have returned. Are you looking for (Indian) food or restaurants a lot? Your “Taj Mahal” search will show you more information on the Indian restaurants close to you, while if Google has figured out you love travel or culture you will see more about the monument.

The second question is where do they get that information? Google itself says they primarily use public sources such as Freebase, Wikipedia and the CIA World Factbook. But it could also be that the data comes from another site. Google says it “currently contains more than 500 million objects, as well as more than 3.5 billion facts about and relationships between these different objects.” And at Searchengineland Danny Sullivan noted that Amit Singhal has said: “Wherever we can get our hands on structured data, we add it”.

First step to the end of SEO?

In his post Singhal also points out this is “a critical first step towards building the next generation of search, which taps into the collective intelligence of the web and understands the world a bit more like people do.” Google is moving into the direction the Wall Street Journal was talking about: giving straight answers and ‘ignoring’ the regular ten blue links.

Is Google really moving away from the ten blue links and are we as website owners doomed? Is this the actual first step to the end of SEO as we know it?

According to Singhal at SMX this kind of traffic is not taking away traffic from most sites but some sites might lose some traffic. That sounds like trying to be politically correct and it reminds me of the things that were said about the ‘not provided’ in Google Anlaytics: they said it would be a small percentage, but it seems to be growing.

SEO will not ‘die’ over this, but it does mean that search is becoming much more about being visible within the results, you need to stand out, so the focus of many search marketers will not just be on ranking, but also on optimizing for the SERPS: making sure you stand out.

Google however is step by step changing search with first Search Plus Your World and now this. Whether or not they are changing it in the right direction remains to be seen. But one thing is for sure: they are far from done…