Bradley Horowitz, Vice President Product Management Google+, has announced that teenagers are now allowed to sign up for the network. This means that Google+ is now open to a whole new group of potential users because before this announcement you’ve had to be at least 18 in order to join.

In most countries you now have to be at least 13 to use the service. In some countries the minimum age is higher, in the Netherlands for example it’s 16 and in Spain and South Korea 14. These are now the same requirements Facebook has when it comes to age regulations.

With all the new youngsters safety and privacy is very important, so to ensure this Google made some small adjustments.

First this is a warning which comes up when something is shared publicy or with extended circles.

“Posting something for everyone to see is a big deal, however, so when teens try and share outside their circles, we encourage them to think before they post.”

A second change it that by default, only people within the circles of teenagers can interact, this can be changed.

And the third change is regarding Hangouts. Teenagers can join hangouts but if a stranger who’s not in a teen’s circle joins the hangout the teenager will be automatically removed but with the option to rejoin the hangout. 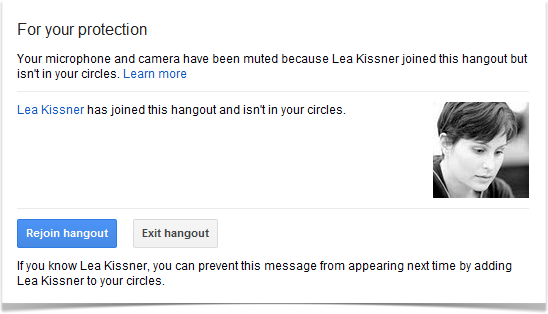 More information about these changes can be found in the new Google+ Safety Center, google.com/+/safety