A few weeks ago Eric Schmidt told a group of Dutch students that Google always tries to be impartial when it comes to political matters. They feel they shouldn’t take stand and even though Eric Schmidt has been linked to the Democrats before and Obama has spoken at Google, they claim not to have a preference.

On one matter however Google has always been clear: it supports the gay community and gay marriage. Sergey Brin actually took a pretty solid stand towards Proposition 8 in California in 2008.

At the moment the discussion about gay marriage again comes up in the US and it might seem as if Google again is taking stand. The fact that its in the news is actual a coincidence with what happens if you do a search for “Gay” or “Gay marriage” on Google you will get this result: 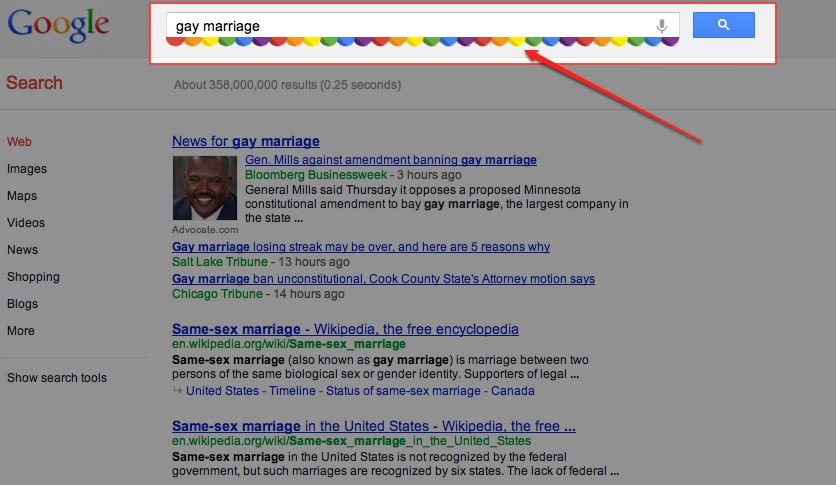 As said, this is not directly related to the news, it is something which Google has done in different formats over the years as you can see on the screens on Michel’s post on his own blog. But it is a nice coincidence for those supporting the purpose.