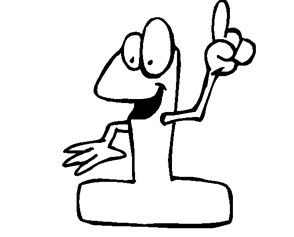 Google+ : The First Responses from the Expert Marketeers

The ink is still fresh, only a few actually have access, but there is no denying it: Google + is here. Tons of articles and posts already being published, some think its a big succes, others think Google just launched their newest social failure. We’ve asked several experts in the industry about their first thoughts, we asked them if they thought it will be succesful. Find them below, and when you are done: give us your opinion!

“I truly believe this will succeed, fundamentally because the product is something I desperately WANT to use. It’s not just shiny and new but it’s something that has been missing in the way I interact with my friends and my contacts. Google is rolling it out in an intelligent way and I think this might be a big success for them”

“Google launching another social product, are we doing this again? I suppose if they throw enough mud at the wall, at some point it will stick. Will this one be the one? I know they cartainly hope so. But as a geek if I struggle to get my head around how it’s going to work that doesn’t bode well for mass adoption.”

“My honest opinion is that it is addressing a problem that I’ve long held with social media in that, effectively I use Facebook for friends and family and Twitter for business related sharing and conversation but it’s a bit like maintaining split-personalities to a certain degree, it’s a huge time-suck and it’s a bit of a pain. Whilst I don’t have a lot of faith given a great deal of Google’s recent product launches (certainly within the social space) I think that if they can get a critical mass and get over the growing pains this could be wildly successful. With that said, I think they’ll struggle and to be successful (i.e. genuinely begin to reclaim traffic from Facebook) I think it is moderately unlikely – chance of success: 35% chance I’d say.”

Although I don’t have a lot of faith in Google on this one, I think if hey can avoid the whole “fail fast” mentality this definitely seems to fit a need in this space or a true gap in the market rather than a perceived one – so this time it is more about execution rather than trying to re-invent the wheel.

“I think we are going to have to wait to see how Google develops Google+, on the surface without actually seeing how it’s being used and only reading what Google’s serving out to the media services, this is definitely not a “Facebook Killer”. As with +1, Google’s other social media property, there’s no incentive for people to be honest and share, like there is with Facebook . If Google can show the definite value of utilizing Google+ in the ways Facebook does, then we have an entirely different ballgame – right now, Google’s not even in the same ballpark as Facebook.”

“I think Google+ is the company’s best social bet so far. Its success might be that the user interface shows enough familiarities with known social platforms (especially Facebook), which previous social initiatives lacked. Although I think that things like selective sharing (through Circles) and a Skype competitor (Hangouts) are of added value, I do not expect many people to permanently switch from their trusted current social environment to Google+.”

“I think this time Google+ WILL be highly successful. I think if you use Google (and who doesn’t) it will get quickly very unusable without opting into plus.”

“It’s early days but Google+ feels like a winner. My reaction, my gut feeling, is that I want to be out of the queue and in the project. I don’t think this will be like Google Wave which left you looking for contacts or like Google Buzz which was too much too soon. This feels more like Gmail – which was perfect.

Google+ feels like a platform for +1. This might well be the effort Google needs to help close the “circle” between search and social, or at least narrow the gap.”

“I want it to be successful. I hope it will be. I think there is a lot of benefit to bringing social and search closer together. A lot will depend on the execution, but I’m more bullish about this than any previous Google social tool.”

“I think the success of Google+ will partly depend on the amount of time and effort gone into it. Consider how long Google Mail was in ‘Beta’ compared to the haphazard roll out of the Google Wave flop. Can it ‘replace’ Facebook? I do think people will need a good reason to increase the noise in their already hectic social signals – we are being swamped and are much less interested in yet more options.

Having said that, from what we’ve seen Google do seem to be going about this in the right way – giving tasters, increasing appetite and pimping out crucial popular areas like ‘Sparks’ and ‘Hangouts’. Additionally with the toolbar it will be ever present, far beyond its own platform, thereby pulling in a huge pre-existing audience.”

“Like all new Google social product launches, I think you have to be sceptical over whether or not Google+ will be successful. To date they’ve just had too many failed attempts at making social work that it’s clearly a huge challenge to shift the way users currently interact on sites such as Facebook and Twitter.

That doesn’t mean they can’t do it though – and it’s obviously a key focus for Google to move into. Having looked at the announcement and demos, the features such as Sparks and Huddle all sound like great ideas once you’re signed up – but I think the challenge is getting people signed up in the first place. On it’s own maybe that’s not quite enough yet.

But having said that, one thing which could be significant is Google circles. Personally I’ve found Facebook to have become a bit of a balancing act between friends and professional contacts (and those which are both). Yes, you can setup groups with different permissions in Facebook – but it’s not the best system and who really has the time for that? It’s far too fiddly and really not that good!

Having spoken to people in a similar situation, I’m clearly not the only one thinking like this and many have either removed or are contemplating removing their profiles as a result. So if people are now getting towards the point of leaving Facebook, and if Google+ can get the things right where Facebook are seemingly going wrong, then there could be a great opportunity to capitalise on these users and start building a wave (not that one!) of new users in the same way that Facebook and Twitter did in the early days.

But I think it’s important not to get carried just yet, it is still in beta at the moment – and there’s a huge amount of work involved if they’re going to get anywhere near that tipping point of users for it to really take off and challenge Facebook and Twitter. It will certainly be interesting to watch how this develops over the coming weeks though!”

UPDATE: We have some more expert opinions joining us. Find below the opinions of Marcus Tandler, Ciaran Norris and Rand Fishkin

“I think Google+ is here to stay, because it will be so well integrated into your search experience, that you probably just won´t be able to look away. I don´t really see Google+ as a product, but more as the final approach from Google to become more social. And since Google´s social success is now a new multiplier to staff bonuses, you can be sure, that every single employee will be on his toes to make Google+ a success story.”

“It’s always hard to predict whether a service will succeed or not, particularly without having used it extensively. However the signs are that this is Google’s best attempt yet, and certainly looks to have a brigher future than Buzz or Wave. Allowing people to segment their lives into different Circles is, I think a smart one, but potentially confusing. If they can get over that, there’s no reason that this won’t work.”

“I’m going to go out on a limb and say that + will be Google’s most successful foray into social yet, and possibly even good enough to reach tens of millions of active users over the next 2 years. I won’t go as far as saying it will get to Facebook/Twitter/LinkedIn size usage (150million+) anytime soon, but I see real value in the “Circles” concept and in Google’s power to leverage search as a marketing channel for + (something they were unwilling to do with Wave/Buzz/Orkut/etc).”

So, what do you think?