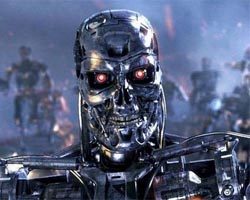 Google, the Internet, and Artificial Intelligence

If you’re looking for a valuable SEO insight or a handy tip, you can skip this article. What follows is nothing but pure technophiliac geekery, but it does relate to search engines – albeit in a somewhat roundabout way.

I’ve been fascinated with the concept of Artificial Intelligence – true, self-aware machine intelligence –  for decades. In fact I can tell you exactly when I became fascinated with AI: it was the day I saw the first Terminator film. Aside from it being a superb action flick, it was one of the first mainstream expressions of AI and it instantly captured my imagination.

In those days, the mid 1980’s, there was still a strong expectation that computer scientists would soon crack the magic formula and we’d have true machine intelligence.

The reality turned out somewhat different. Self-aware intelligence is a vastly complicated and enigmatic thing that we’re far from fully understanding. In fact, the more we learn about how our own human intellect functions, the more baffled we are and the more we realise how enormously difficult it is to duplicate it artificially.

Up to relatively recent times psychologists and neuroscientists believed that human intelligence was more or less the same as human consciousness. That however turned out to be a flawed assumption.

In fact there is a growing body of research suggesting that our consciousness – the thing in our minds we call ‘I’ – is actually nothing but a thin layer on top of a vastly more powerful, but unaware, subconscious mind. Consciousness is but the tip of an iceberg poking up from the waters of our brain, with the vast bulk of its capacity – the subconscious mind – hidden underneath the surface.

There are strong indications that the subconscious mind, those thought-processes that by their very definition we are unaware of, are actually responsible for many, if not most, of our intellectual capabilities. Our subconscious mind might even be making most of our decisions.

The theory goes that our brains, over many millions of years, evolved a very capable subconscious mind that ensured our survival. The conscious mind is a relatively recent development, merely the icing on the cake, the latest addition to our brains. (An addition that, on the enormous time-scale of evolution, has yet to prove its long term value.)

Now when we look back to the internet, we could in some way see the basic structure for an artificial subconscious mind as being more or less in place. We have this endlessly active and fast-growing network of computational nodes which are capable of some incredible information-processing feats. 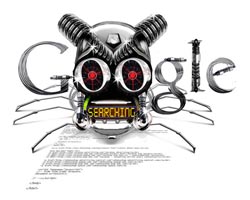 Now let’s talk search engines. Specifically, let’s talk Google. The Googlebot is continuously crawling the internet, indexing every bit of information it can. More so, it’s trying to make sense of this information, attempting to understand its meaning and how it relates to the search queries its users are inputting billions of times a day. And we, as SEOs, are helping Google by making the web more understandable and indexable.

Google in many ways functions like a subconscious mind. It churns away day and night, immensely powerful and capable of astounding feats of computation, yet unaware of its own existence. What Google does is throw up search results – decisions – from the vast depths of its own intricate network, which can then he interpreted and used by us, Google’s users.

In a way we, the human species, are Google’s consciousness. We receive decisions made by Google and then claim to be responsible for them via the power of our search queries, while in fact we have no bloody clue how these decisions came to be made.

All that remains for an AI to be born would be for an artificial layer of consciousness to emerge. One might imagine that this is already happening in some way. After all, it seems very likely that should such a spontaneous AI emerge, we wouldn’t recognise it at first. In fact, we might view a newborn AI as a bug in the system, or even interpret it as a malicious virus trying to create an all-encompassing botnet. 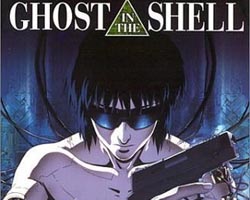 The 1991 Ghost in the Shell animé featured exactly such a scenario: an intelligence-gathering and manipulation program that became self-aware as it traversed the animé’s version of the internet, and whose efforts to achieve independence were interpreted as the actions of a rogue hacker.

When you think this through, we may actually be hindering potential AIs from coming in to existence. We may be actively murdering emerging AIs with our anti-virus security software.

Or we may be doing nothing of the sort, and all this babble about self-emerging AIs on the internet is just a load of bollocks coming from the over-active imagination of a geek like me. 🙂

Now, back to the real world, back to optimising websites and analysing Google’s algorithms. And by all means, keep that anti-virus software up and running.