Google to take first steps to integrate + into search soon: realtime is gone

It has been the buzz of the internet world in the past week, and will most probably continue to be so in the upcoming weeks or even months: Google +. Opinions on the new released Google product differ. And these opinions sometimes differ dramatically. Some people compare it to Google Wave and already have declared it dead before it has even come alive. Others believe Google has finally struck gold when it comes to social.

Most people however believe that this really is it. This is Google’s Social Network, and this is what we will have to work with in the future. But don’t be fooled: Google has just started. And we will see next steps pretty soon. Starting with realtime search, which has disappeared from Google, for now.

Google has been taking small steps towards Social Integration for the past year. The little ‘shared by’ items were a first indication but we saw a lot more, like for example the plus one button and the pimping of the Google Profiles. All setups towards where we are now.

The next steps from Google might very well be coming from the realtime search angle. This feature on Google has never really ‘made’ it. Not a lot of people were actually looking at the realtime ‘blocks’ on the first result page. And not many people were going onto the special real time search page.

And that is why Google has pulled it off. 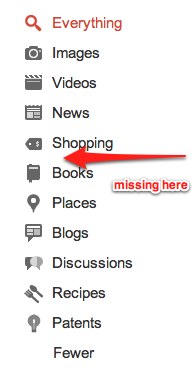 What? Wait, pulled that off? Yes, indeed. The Google Realtime Search page is no longer there. This change was first spotted by Vanessa Fox over at Searchengineland. With the redesign last week, the page was taken offline.

Realtime seemed to have disappeared all together. The page was (is) gone, the link to the page in the navigation is gone and realtime results are missing from the news box in Google. Disappeared without a trace.

Well, almost. Vanessa did notice that the realtime Twitter account is still active, the landing page still active is and that the help pages still are online. Which indicates that it is not gone forever.

And it isn’t, at least, not yet. Vanessa contacted Google and they responded:

They are working on integrating Google + in here. Or at least, they are trying to figure out how to best integrate realtime results into their result pages. And don’t be fooled, they haven’t ‘just started exploring’ this. They know where they are heading.

My guess is that we’ll soon see some more integration of Google + within the search result pages. As well as the connection with other platforms. It is just a matter of time.