Google are forever playing around with their new acquisitions to create new tools and toys for the rest of us. One idea, built in a single afternoon for fits and giggles, is Google Tone.

Before long, this fun little idea was being used regularly around the Google offices, and a new publicly available extension was born…

While technology is meant to, and largely does, make life easier, in some ways sharing is still a bit of a pain. There are so many ways to share, you may well have favourite platforms depending on the type of information you are sending. Almost all of them will require you to go through a number of steps to send them. Part of the attraction of Tone is that, for those recipients who are near to you at least, sharing is a simple one click action.

‘Broadcast any URL to computers within earshot‘. Yes really. Seemingly ridiculous but perfectly workable, Google Tone allows any URL to be sent from one device to another via a short stream of cheery computer noises.

“Sometimes in the course of exploring new ideas, we’ll stumble upon a technology application that gets us excited. Tone is a perfect example: it’s a Chrome extension that broadcasts the URL of the current tab to any machine within earshot that also has the extension installed. Tone is an experiment that we’ve enjoyed and found useful, and we think you may as well.”

What Can I Send?

When they say ‘any URL’, it is quite true. Anything from  pages, to video, to GIFs and search results can be sent through the aural ether with the click of a button to another computer or phone, or even during how Hangouts, as long as the intended recipient has the Tone extension added and switched on.

How Does It Work?

Alex Kauffman has created this 0:26 video which shows us how simple Google Tone is to set up and use:

When you are looking at a page you want to share with other Tone users in the vicinity, simply click the Tone icon in your toolbar: 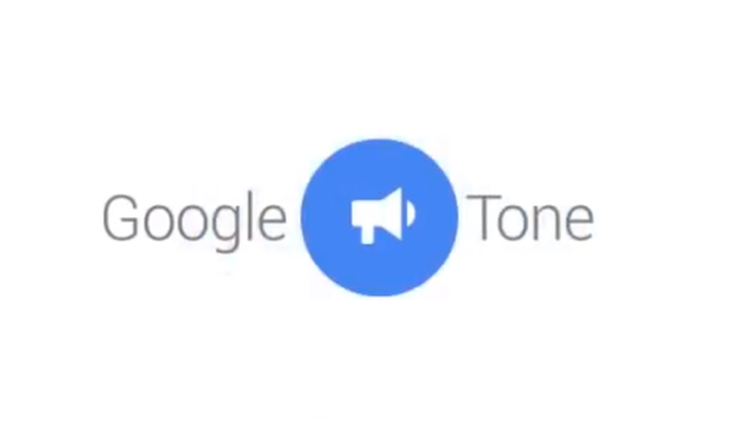 …and that’s it, a few plinky plonky computer noises later, which you can hear here, and your Tone compadres will receive a notification, with your profile image attached, asking if they would like to open the link: 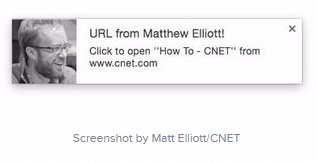 Is It Weird, Though?

I’m not 100% sure of the technical ins and outs of a service such as this, however once the service is activated, the microphone on each device is also activated.

Google Tone and its usage fall within Google’s existing Terms & Conditions for privacy, but that in itself could mean a number of things.

What will they listen to? How much information is stored? What is it used for? Potential can of worms…

There are also valid security concerns, and I for one will not be sharing any sensitive or personal information while the extension is enabled.

Chromecast is already using a not dissimilar technology, though it is beyond our hearing range. Apparently the first version of Tone was more efficient but far less aurally pleasing!

The idea for Tone is based in human speech, so it can have the same limitations. For example, not all devices may pick up on Tone’s broadcasts, depending on a number of variables such as how far apart the devices are, angles, room acoustics, and so on, just like human vocal interactions.

Google Tone is still in the experimental stage, and you may find compatibility issues, as well as problems with Tone being able to hear itself if there is background noise, but for a ‘first draft’ it’s looking pretty good.

Google Tone is far from unique, there are a number of apps performing a similar function already in the space; but this is Google. In my humble opinion they have more scope, time and budget to take this further than any close alternative.

One competitor is British based Chirp, which shares photos, web pages and contacts using similar technology. Apple have their AirDrop system too, so we shall see how Google go against their behemoth of a competitor.

As problems with the extension are ironed out and various excitable engineers play with Tone into the dead of night, there are many more potential uses for Google Tone yet to be seen. The possibilities are vast, and with enough time and budget Tone may develop to let us share more, do more, and create more in the workplace and beyond.

Have you tried Google Tone? Let us know how it worked for you in the comments…