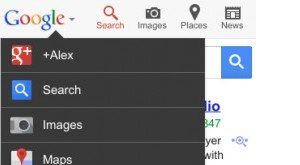 As you know Google recently made serveral changes to the interface. At first a revamped navigation was launched and rolled out last year but later Google decided to pull back the new interface. After giving it some thoughts earlier this month the company introduced a combination of the current black bar and the new interface launched in November last year. This new interface is here to stay (at least for now).

But where the new menu, which could be reached through the Google logo is not in the desktop versions of products anymore Google still tries to keep it, but then on the mobile version. In a new experiment a new interface was spotted for Google Mobile. In the screenshot you can see that the menu with links to several products is opened by hitting the Google logo. You can view more products by clicking the “More” link.

Next to the logo there are icons that are the same as the icons from the tablet version for Search, Images, Places and News. At this moment it´s only an experiment but it would be quick if Google replaced the current mobile interface that isn´t around for so long. Screenshots of the new mobile interface made by Alex Chitu below. 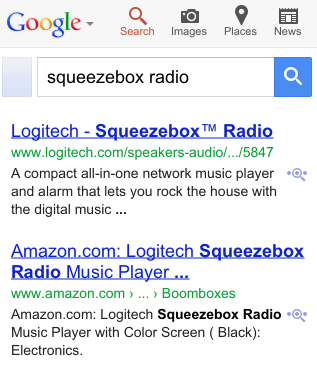 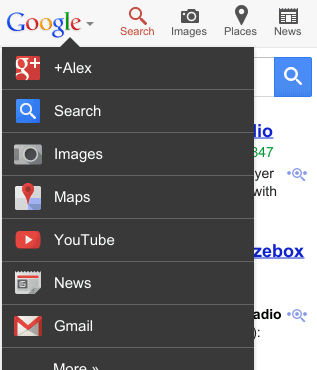 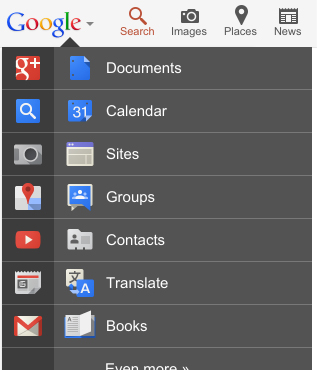