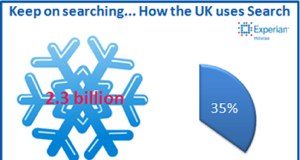 Google in the UK: Beating Bing and Yahoo

Google is the dominant force in many countries World Wide. In the UK Yahoo and Bing might have thought they still had a chance but that dream now seems to have shattered if we look at the numbers released by Experian Hitwise.

Experian Hitwise shows us that Google Sites now account for almost 92% of all searches conducted in the UK in February 2012. That means Google has grown again, almost a percentage, whereas Bing and Yahoo saw a decline.

Experian Hitwise also released the infographic below which gives a nice insight into the UK Search World. I say ‘Google’…