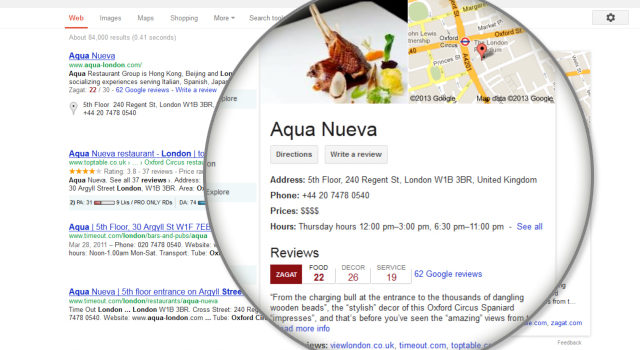 I think it’s fair to say that online reviews are hugely influential during your online search process to determine the right solution for yourself. Honestly, think about your own search behaviour – how often has your purchasing decision been influenced by customer reviews? For instance if a friend tells me that a particular restaurant is good I will take his word for it – the same accounts for ‘my’ personalized search results since they also show websites favoured by our peers.

I guess we all agree that fake reviews are becoming a big problem – and are altering the trust of potential customers. Interestingly enough (years and years ago!!) when I was working on my thesis the UK was just about to enforce a law to stop brands using fake reviews in the form of stealth marketing. A major case at that time were teenage bloggers who raved about Lady Gaga on online forums, social media sites etc, however they were actually ‘employed’ by Gaga’s PR agency – meaning that underaged individuals were incentivised and paid. The result? Gaga’s organisation ended up paying a fine.

Google’s Take On The Issue

We are currently witnessing major initiatives being undertaken by no one else than Google themselves to tackle the issue . The search giant recognizes the importance of genuine reviews and their impact on consumers and their overall experience. The latest spam detecting algorithm changes have been tweaked earlier this year. But what does that mean for digital marketers? Google is putting emphasis on growing the number of reviews appearing on some G+ Local pages as well as deleting fake reviews.

According to Google any fake reviews will be taken down whilst negative reviews will stay. The motivation behind it is to encourage business owners on the other hand to deal with unsatisfied customers and complaints accordingly. At the end of the day isn’t that what ‘connectivity’ is all about?

Tips For Your Online Customer Reviews

So How Can Google Know Whether It’s Genuine Or Not?

I guess the less technology savvy readers amongst you are interested to understand how Google can actually determine fake from genuine reviews…..Apparently Google records and stores the IP addresses of reviewers accounts. So now just imagine what would happen if they’d see multiple submissions for one business all coming from the same IP addreess? Yes, exactly – that would mean they ‘gotcha’! However, the consequences of that happening don’t look too rosy – firstly Google would reject the review and furthermore also ban the IP.

As you may have noticed these are major developments but like every story there are always two sides to it. Believe me, I am a big believer in customer reviews, however since the digital revolution has begun age does impose a certain complication. When researching for this article I came across some pretty interesting debates. Age has appeared and surfaced a few times……just imagine you are working in the retirement industry or an elderly people’s home and are responsible for your brand’s online presence. What do you do? You’re currently probably using comment cards to collect customer feedback – but then when digitizing it – how do you go about since you must not submit various reviews from one and the same IP address? Technology does not come particularly natural to old people – I doubt that they’d like to sit down and learn how to use G+ for instance to leave a review. Also think about all the other citation sites as well – Yelp, TripAdvisor, Zagat – the list is endless!

I think this is a really interesting issue and would love to hear your thoughts – how will this affect your current practice of collecting and gathering customer reviews? What are your main concerns? Do you think Google can win this battle or is that too enthusiastic?