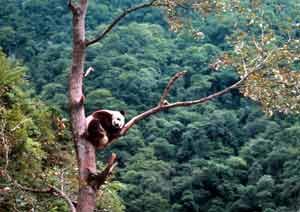 With a small blogpost Amit Singhal has announced that the much discussed Panda Update is now being rolled out World Wide, with the exception of the Chinese, Japanese, and Korean languages.

The Panda Update stirred up the SEO World quite a bit when it rolled out originally in the US in February and after that in other English-speaking countries. We’ll now have to wait and see how it will affect the other countries. Google itself expects it to impact 6-9% of queries, which is lower than the case was in the US (12%).

Google says the Updates in the English language have increased the quality of searches. On their blog they say:

“Our scientific evaluation data show that this change improves our search quality across the board and the response to Panda from users has been very positive. “

There are many posts out there which describe what you can do to prevent being hit by Panda. Google itself also offers some information. But to be honest, when your site isn’t ready yet, you are probably too late now.

Check out these posts if you want to know more about the Panda Update:

SES New York 2011: Panda: the Aftermath
Low quality is messing up my search experience, bring on the Panda
Panda – The Quality Bear of Search eats Affiliates
What in the name of Google is a “Panda” (infographic)
Google Panda Update UK – Caution with Price Comparison Data
A different look at the Panda update
The Google Panda Discussion at SMX West