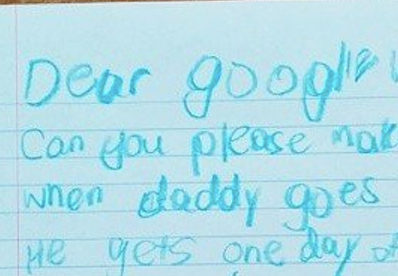 Google’s Response to a little girl is Brand Marketing Gold

If it’s not a marketing trick it’s nice, if it is, the marketing works great. Either way, Google’s response to this little girls’ letter was good.

On the Internet and in marketing in general you never know what is orchestrated and what isn’t. Sometimes the most genuine things you think you see are fake as they can be and sometimes it’s the other way around.

The communication through letters via a little girl, who’s dad is a Google employee, and Google last week is one of those cases where you don’t know if it was real or orchestrated. Either way: it worked.

Last week this letter went around on Social Media: 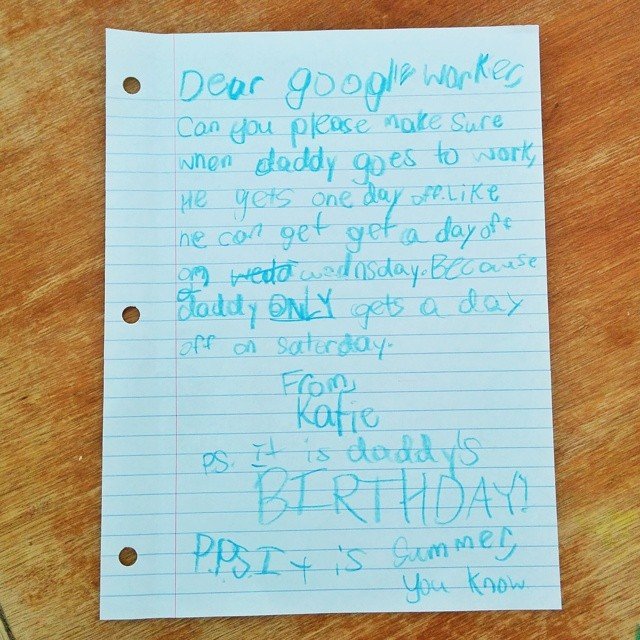 A little girl writes her daddy’s employer (Google) a letter asking for some time off on his birthday.

Google’s response was this: 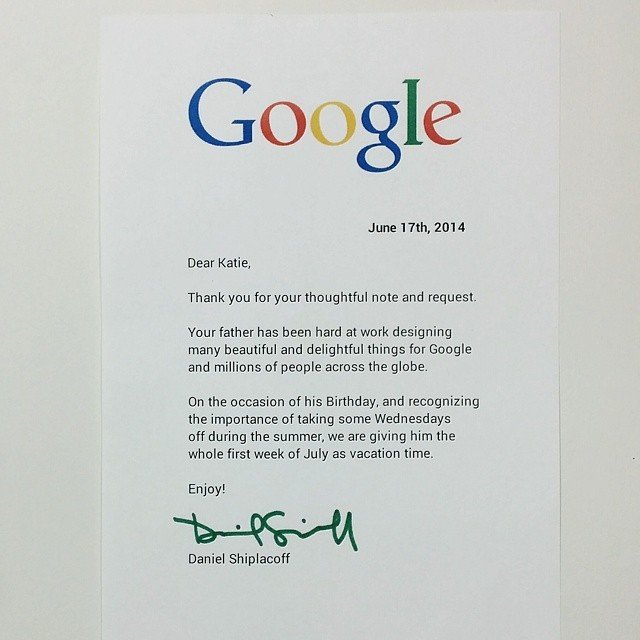 A Google employee told The Blaze that the letter which was sent indeed was real. Off course we don’t know this for sure, because Google would be crazy to claim it wasn’t. After all, either way, this is good marketing for Google.

If the letters are real Google responded in a way it should: with empathy towards the little girl and it’s employee. It will have a loyal employee from now on and at the same time it shows the ‘good side’ of Google, which will have it’s impact on the audience: a positive vibe, whether it’s directly related to the services offered or not, always sticks around.

If it isn’t real and Google orchestrated this, it still is a very smart marketing campaign. Why? Because it addresses empathy. People will go ‘awwww’ on this one because there are children involved, but most importantly: Google doesn’t mention any product. It just shows the brand value.

What can a marketer learn from this?

The lessons learned here are quite simple, whether fake or real a marketer can learn that: