How are brands using VR?

It’s been widely hailed as one of the top trends for 2016, but just what does the realm of virtual reality mean for brands and how should they be harnessing it?

YouTube first introduced 360 videos back in March last year which was then followed by Facebook in September last year. These both allow users to view 360 videos on the apps and certain web browsers without the use of a VR headset. The popularity of 360 videos on both platforms has grown hugely since its introduction.

With Mark Zuckerberg making an appearance at the Samsung Galaxy launch over the weekend where virtual reality was a heavy theme, and a post published on Facebook talking about uptake to date and future plans, it’s clear that VR is a key part of Facebook’s ongoing strategy.

Samsung Gear VR, powered by Facebook’s Oculus, was released in November last year and since then more than 200 games and apps are available and apparently over 1M hours of VR video have been viewed on the platform. Quite big numbers in just four months I’m sure you’ll agree.

Which brands are using it?

Various brands have been jumping on the virtual reality bandwagon in the last few months, below are some recent examples from a variety of brands and industries.

GoPro created this great 360 video of New York City promoting their own ODYSSEY® camera which the footage was shot on.

TOMS allowed viewers to join them on a trip to Peru to see the work that their Giving Partners do.

Back in 2014 Marriott took the VR experience to a whole new level with the ‘Transporter’ a booth created whereby you place the VR headset and headphones on, close your eyes and have the full experience of being transported to a new travel destination

Refinery29 have been using Facebook’s 360 videos to give fans an inside look at NYFW which would usually only be experienced by those on the FROW.

BBC Sport has been making use of Facebook’s 360 videos with content such as this Ski Sunday 360 degree perspective on the Kandahar downhill course in Chamonix.

Avicii released this 360 video for the single Waiting For Love which, when watching on a VR headset, allows you to move around the music video.

In November last year the Hunger Games released a VR video allowing users to explore the world around them in a totally immersed way.

Deadpool also released their own VR trailer for the film released this month.

How much does it cost?

As mentioned, 360 videos can already be viewed on mobile and certain web browsers already. VR headsets range wildly in price, at the lower end of the scale is Google Cardboard where you can pick a viewer up for as little as $19.99 whereas Oculus Rift, which is now available for pre-order, is priced at $599.

I’m nowhere near an expert on creating VR apps or 360 videos, so I’m going to point you in the direction of both YouTube and Facebook’s information on 360 videos to start from there in terms of creating your own VR experiences.

So is it the future?

I see VR as very similar to social media in that social media has been so successful for brands (and celebrities) as it offers customers and fans a previously unknown behind-the-scenes view into its true personality and a chance to get closer to the brand.

VR allows us to do that even more and it captures user’s attention as they are forced to actively interact with the content in order to view more, which is perfect from a marketer’s point of view in an attention-poor society. 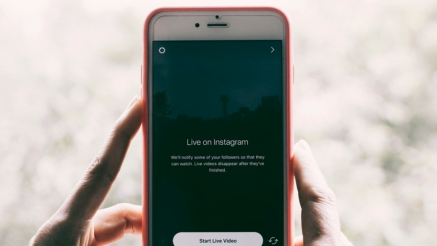 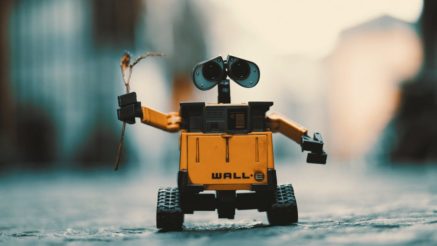