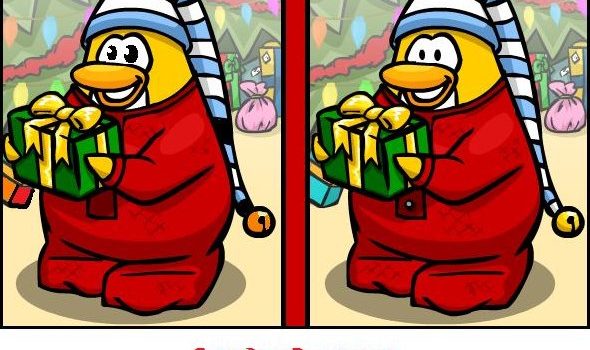 How Personalized is Google Search Really?

Search and Social is all about personalization these days. Google has seen the light: if we can personalize the web for our searchers, we will be the ones they turn to for their most relevant information. No more clutter, no more irrelevant news, no more content you didn’t want to see in the first place.

In basis Google’s idea, and Facebook’s for that matter, is not that bad. Personalized means for example that we get advertising tailored to our needs. Like cars? You’re getting cars! Do you have small kids? You might like these diapers.

But it goes a lot further than just the advertising. Clicking on links means you are telling companies like Facebook and Google what you like, or maybe even don’t like, based on the amount of time spent somewhere or your reaction on for example Twitter, Facebook or Quora. You are ‘feeding’ the search engines, social networks and other online companies with your data so they can give you as personalized data as possible. Data like for example search results. Is this a good thing or a bad thing? Personalization can have its advantages but also its disadvantages. And how far is Google with this anyway? Are we all seeing totally different search result pages? Time to dive into this for a little bit. I’ll write about this in several posts over the next few weeks, trying to ‘unfold’ personalizations and the directions Google is heading in to.

How does Google figure out what personal stuff to show us? 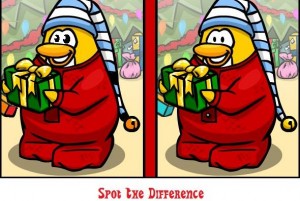 Search-wise you will get results based on about 60 different signals Google is getting from you. These signals are both send to Google by you or Google figures them out based on your behavior, or the behavior of your friends, or your friends’ friends.

Sometimes it is even behavior you cannot control. Do you have a lot of friends on Twitter talking about Football? Chances are you will be getting results based on that. Knowing your friends will become much more important and picking them will mean you pick the kind of content you will be looking at for a long time.

Google also takes information based on your devices. Think IP-adresses off course, you personal search history, your browsing history and more. But do not rule out your phone. This is probably the most personal machine you have. Where you computer can be touched by others in your company or home, your phone usually is used only by you. I’ll go in to how Google gathers stuff more in depth in a different post.

Pro’s and cons of personalization

The Advantages
The advantages of having personalized content seem obvious. You are getting content which fits your demands. You only see the ‘good stuff’, not the ‘bad stuff’ and you don’t have to search that much anymore to get the information you were looking for. The web is being structured for you, you don’t have to do that yourself anymore. Think of it as watching TV: no more need to switch channels, because they are giving you all the programs you like right there on that one personalized channel. Just sit back, relax and the content you like is brought to you. “Live from Google”.

How about the dis-advantages?
So what is not to like about this? Tailored content. Yeay! Well, potentially there could be an issue. Check out this TED talk by Eli Pariser called “Beware online filter bubbles” first before we go on:

Pariser could be right: we are getting information more tailored to what we are used to. The danger could indeed be that we will only be seeing information which is so tailored that other stuff which at first sight we might not be interested in doesn’t reach us anymore. Will we be missing out on hunger in Africa like Pariser states above in his talk? His talk (not just here) at least scared some people.

Could be, but my guess is that it won’t get that far. The information sent to you by your social circle, which is also picked up by Google and connected to you, will not only be about the topics you personally like. The people within your social circle after all aren’t all the same. They will be interested in different stuff and will share that, which will make that you will also pick that up.

Take for example the music industry. Services like Spotify at first were thought to be bad for musicians because nobody would buy the records anymore. It seems to turn out pretty well for artists. Why? Because I myself for example was introduced you to new artists, based on taste I had before. And these artists introduce new artists again. It is not as if when you liked Michael Jackson you now only listen Michael Jackson. You are being triggered to look further.

Still, Pariser has a point. If we are not careful we might not be getting every piece of information we should be getting. We could be missing out if we ‘tunnel’ too much. Let’s keep an eye on that.

So how personalized is search right now?

In his talk Pariser comes up with the example of Google Personalized Search on the search term “Egypt”, he shows the differences between friends within the results. These are quite shocking to be honest. That got me thinking: how far is Google anyway with the personalization? How big are the differences? I decided to do a little bit of research myself and asked a few friends to send me screenshots of a search on Google for the term “Libya”. They were all logged into a Google account.

Below you can see the (anonymized) results (click to enlarge). Including mine I got nine different screens, seven from the UK, two from the Netherlands. Seven from a computer, one from an iPad and one from an iPhone. I know, not an ‘in depth’ research and certainly not a scientifically proven research, but good enough to give us an indication at least.

– Only three people (me, the other Dutch person and one from the UK) got results which were ‘shared on Twitter’ (although not all screens I got were the ‘full page’, so I might have missed a few).
– Wikipedia still rules, only one time it was on the second spot
– It doesn’t matter which background you have, news sites are leading: Reuters, Telegraph, Guardian, BBC and New York Times.
– For everybody it is showing only a few ‘travel’ related
– Maps ‘comes and goes’
– Google News block is always situated around the third or fourth position (above the fold!)
– A few results didn’t show up for everybody
– Number of results could differ per person

To be honest, I was expecting a lot from this since I thought personalization was a lot further. Especially if you read this SEOMoz post and look at Pariser’s example. It turns out things are not that personalized yet, at least not on this term. The biggest differences were the positions of most websites in the search results. And even those positions didn’t differ that much. There were only a few who actually saw the ‘shared on’ results. But we have to be careful with that: I don’t know if their Google Profiles are connected to what social networks.

After my first ‘disappointment’ went away I started to think: could it be that it was the topic which makes the difference here? So I decided to ask my friends (they were so patient with me, thank you for that) for a favor again. They now sent me screens for “Google and Facebook battle”. A topic much closer to what we are all working on.

Again I was disappointed, but a little bit less than with the Libya search. Again there were a few “shared by” results. In general the results however didn’t differ that much.

In this case I had six people sending in screenshots, mine included makes seven. Positions again didn’t differ that much, one or two spots sometimes. The biggest changes again were seen in the ‘shared by’ results. These were actually a lot different than from the other searchers. Once shared it could show up in the top 10 where with others it just wasn’t there.

Interesting however was that once a result which already scored well was shared that didn’t seem to matter for the position. In fact, Mashable on one occasion was lower when shared.

So what can we conclude from these two little tests? Personalization? “Yeah right, not in this lifetime”. No, that is too bold a statement. We did see the differences in positions from one person to another, and we saw the occasional “shared by” result. And there were a few sites which some people didn’t see. But that is it for now. Google result pages don’t seem to differ that much at this moment from one person to another, based on these nine people that is.

The biggest change we are seeing is actually the ‘shared by’ results, something which has been there for a while now. The shared by results actually do seem to make a difference in ranking. Results which were not high up there can become top ten results based on this sharing. That is a big change. Also it looks like results on topics we are more familiar with seem to have a slight bigger impact. That and the (relatively small) differences in position are the biggest personalization we get now.

My guess is that in the near future differences will become a lot bigger and that we will especially be seeing the ‘shared by’ options a lot more. The results will be influenced by your social circle. But for now we are ‘safe’ if you look at the fear Pariser has. But still, things can change really fast and we could be seeing a lot more personalized pages very fast. I think we are going there, but we are not there yet.