Skip to content
Home » Articles » Social Media Marketing » How to recognize Twitter bots: 7 signals to look out for 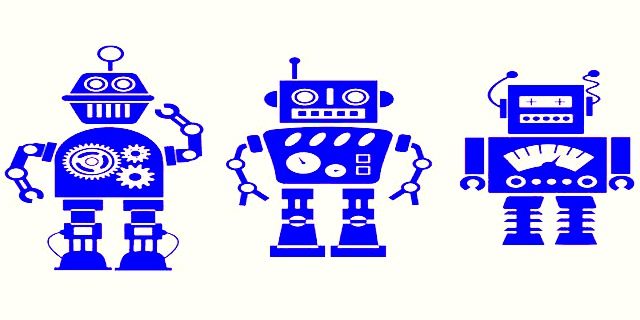 How to recognize Twitter bots: 7 signals to look out for

It’s true if something becomes successful that will attract those that want to get that little bit of extra out of the service. And who can blame them. If we don’t want them there we should either look at those running the service (Twitter) or just ignore them. The problem for many is: how to recognize the bots? Here are a few signals to watch out for.

1. They are telling you they are a bot

It’s the most obvious signal if you are following a bot or not, still many people don’t realize it: they are telling you that they are a bot.

Paul Madden, an expert on automation has said it many times at conferences and on our radioshow: people don’t look. You can tell people you’re a bot, they will still follow back. So look out for bio’s which say “Hi, I’m a bot.”…

Everybody is experiencing this now. When you tweet about a specific topic, immediately somebody starts following you and replies you, within mili-seconds. That is too fast, they haven’t been able to read your tweet, let alone the link you put into your tweet and still they are responding immediately. This is a sign that they have automated their tweets to respond to a specific keyword or most probably key phrase. Be aware though: there are many tools out there that let you auto-follow people who talk about a specific topic. Those don’t have to be bots. But if they start responding that fast you know there’s a bot playing around.

This is a pretty solid indication that you are dealing with a bot: they are following hundreds of account, while only a few of them are following the bot. And account which follows a 1000 and has 10 followers is likely to being a bot. 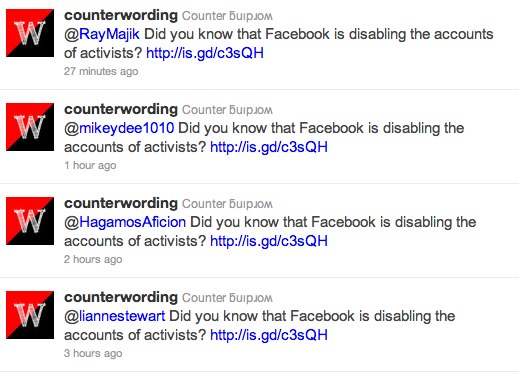 You sometimes get an @-tweet send to you which seems very legit. It has good structure, maybe a nice link in it and the sentence looks as if it really comes from a person. Still, there’s something strange about it, it doesn’t feel right.

When that happens I always check the account first before I click on a link. And nine out of then times that gut feeling was right: it turns out that it’s a bot. And that bot has been tweeting that exact same sentence to many others.

It’s the oldest trick in the book on Twitter on how to get more followers: the follow / unfollow game. They start following you and if you don’t follow back (or even if you do) they unfollow you within 24 hours. It doesn’t necessarily have to be a bot, but the chances on it actually being one is bigger. I usually wait a day before I decide I will follow back or not (I’m pretty sloppy in that anyway) if I have doubts on whether or not it is an account I can trust.

Some bots-builders are not that smart. The good ones make a great profile with unique pictures, but there are many out there who just think we are all plain stupid. And in some cases we are. Look out for duplicate profile pictures. So do you recognize a picture? Keep your eyes open. These bots are also usually stupid enough to do bulk-following for multiple accounts. Which means you will see new followers with exactly the same profile picture show up within a few minutes.

7. Coming from an API

Usually people tweet from the web, or mobile, or Tweetdeck. You will see that in your timeline in for example Tweetdeck (they removed that from the web it seems). If it says “from API” there is a pretty solid sign they have at least automated the tweeting and chances are you are dealing with a bot.

Are all bots bad?

So, now we know how to recognize them. But there is another issue. Is it bad to follow a bot? It might be, if it’s a bot that tricks you into buying things you didn’t want in the first place, or if you think you are really dealing with a person. But maybe not always.

Let’s be honest, there are bots out there which are pretty useful. Take for example @hackernewsbot, which is a bot, but a useful one if you like Hacker News. You get the latest updates on that topic. Also bots like @twanswers or @tipr can be useful bots.

There are more bots like that out there, but even the bots which in the end want to sell you stuff can be worth following. After all, if they are putting out interesting content, does it really matter if its a person or not?

Still, whether you want to follow a bot or not, it’s always smart to actually know when it’s a bot. And don’t worry, finding one is easy, plenty to choose from ;). Are you looking for increasing your followers? Be sure to check out Sam’s post on that.