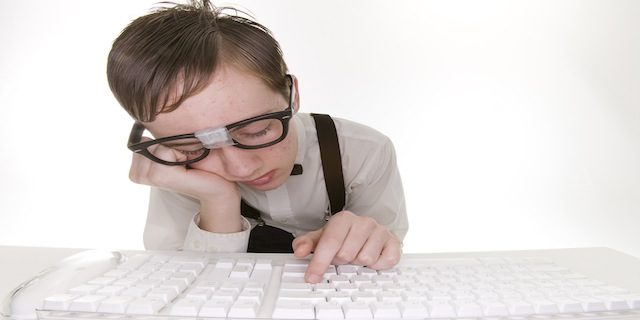 In-house and Bored? 3 Causes and Cures of In-house SEO Syndrome

A few weeks ago I met up with some old colleagues of mine. Three years before, we had all worked for the same search agency, but had since moved on to in-house roles. Typically we talked about what we’re doing now and how it used to be, but this little meeting took an interesting turn. One of my friends was now working at a well-known High Street retailer, another for one of ‘the big’ portals. They had both been in SEO roles for the past five years, but both appeared incontrovertibly fed up. I wouldn’t say I’ve really felt like this recently, but all jobs have ups and downs and I could relate to it. I thought of it as some sort of career condition – a general malaise that probably affects a good proportion of in-house SEO workers.

The Three Causes of In house SEO Syndrome

The stories they recounted matched my own experiences, and I’m sure they’ll match any reader’s whose spent time in-house. The faltering pace of web development, the glaze in the eyes of people when you explain what you want to do, the feeling that in the end much of what you’re doing is just ‘marketing’, but then you don’t necessarily have the authority or budget to do it right. It’s all quite familiar.

#1 The Snail Pace of Development

In house, you often create briefs and submit them, but then wait a seeming eternity even for feedback, never mind the actual production. I’ve submitted a document that took so long to reach the end of the development queue, that I had almost completely forgotten what the audit was really about. I had to do much of it again just so I could explain it. Often times, the SEOs development work is done very rapidly, and development can’t really keep up. One of my friends used an interesting metaphor to sum this up, ‘You’re like a plumber. You go in, diagnose the problem, sometimes fix it, and the work is done. But a plumber leaves once he’s fixed the problem. He doesn’t sit in your house until the next time you need him.’ I guess this is why so many SEO Consultants are freelancers.

Simple changes can also take an age. Because of lacking levels of trust, it can occur that people in SEO roles don’t get a password for the Content Management System, never mind the server, and thus they can’t make simple changes to things like title tags or on page changes. Failing that, the relevant fields within the CMS simply don’t exist, and then you’re sent to the back of the line again to change one word on the homepage.

One of the most confusing things for SEO teams is the lack of clarity between marketing departments and what SEO is. I have been in several meetings where I have had an interpretation of SEO explained to me as if it is the switch to the Hoover Dam – turn it on and the traffic floods in. Then again, I have sat in numerous talks about link building which basically explain simple marketing concepts as if they were the work of a prodigy. “Run a competition” – I’d love to, but the marketing team have all the money and it appears that they really don’t care much about a few links.

In house SEO Syndrome: A Diagnosis

What generally occurs when these three causes converge, as my friends were finding out, is that the in house SEO sinks into a kind of syndrome. With no guidance or support, they feel isolated and in a wasting skill silo where they start getting worse, not better, at their job. Motivation evaporates. Everything seems a bit tedious and pointless. You have meetings where what you once explained with enthusiasm now seems like a total chore. ‘People should just get this now!’ You begin wondering if turning up to work would actually make any difference.

The Three Cures of In house SEO Syndrome

Having been in a similar situation myself, and becoming bored of the day to day tedium of asking developers where my brief was – ‘What brief?’ – or requesting that an editor change the title tags – ‘How do I do that?’ I realised that attempting to take complete control is the only way to cure the malaise. Normally it takes one or two key events to snap out of it, but the options are quite numerous:

Demand control of Content Management Systems – you’re an employee; people should trust you to do your job. If you don’t have full control over on page titling or certain content blocks, then you need to explain why you should and get access. It might even take a presentation to do this, but nonetheless, it’s generally essential for an SEO to do it their way. If something falls slightly out of your remit, but is done badly, and it affects your workflow, then take control of that too. Shoddy reports? Don’t just sit there and take it, fix them!

#2 Lead Your Own Workshops

Do you think your marketing and product teams are stuck in the old ways? Do they engage in countless marketing activities that should be building you links, but don’t since they aren’t aware of what’s necessary? You won’t be alone in thinking this, but this problem can be solved. I’ve suggested in other posts that the role of an in-house SEO is as a teacher; one that pushes in-house staff towards self-sufficiency and effectively makes themself redundant on a basic level. It doesn’t sound like a wise career choice, but wouldn’t it be better to get other staff to consider basic SEO into their workflow to do the basics for you? You’ll almost certainly get better results. The best way to do this is to get presenting – don’t be put off if it doesn’t breakthrough straight away. It took some months of presenting in-house to tick off most of the basics – keep at it.

#3 Do a Different Discipline

SEO is broad. It’s so broad it’s getting called other things, like Inbound Marketing, or even Content Marketing. It could also encompass Analytics, Conversion Rate Optimisation, Email Marketing, Mobile and Social Media, amongst others. If you’re getting bored by the progress of the SEO 101 audit, take a pivot into a related but different area and help out. It might be that no one in the company is actually doing the role you want to pivot in, so you could make it your own. It’s a concept explained in Seth Godin’s book Linchpin, and is one way to make your value increase. For one, it makes it clear to management that you’re not just turning up to be paid – it’s indicative that you want to make a difference.

It’s not conducive for anyone if you wake up in the week, subsumed by dread about a potentially tedious day ahead. I’ve been there in every job I’ve had – it’s entirely natural. But it takes something to snap out of it, feel like you can do something, and invest your energies in something where you can really make a difference. Sitting there day after day, thinking you have nothing to do, is a road towards a p45. You might like the idea of that, but you’ll probably find things are really quite similar in any other in-house role! If you’ve read this far, then I hope you feel like you can get up and do something productive afterwards. It’s not all that bad really.