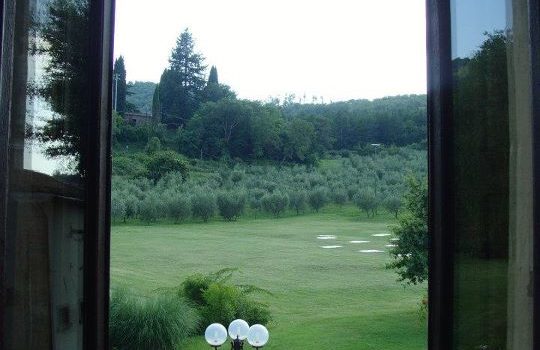 Insights into a Facebook competition – from an Entrant’s Perspective

This is a guest post from Alex Moss. He is Co-Founder and Technical Director at 3 Door Digital, and develops WordPress plugins.

This week was a good week for me and my wife, Anna. Between us we won 3 competitions. The first was a free WordPress theme, the second was a bottle of champagne. The third was the special one. We won a two night stay in a hotel in Tuscany and one free meal for two in the hotel Anna and I stayed in for our honeymoon. This post is about how we won this prize and what I did to win.

One thing before I begin. I want to pay this win forward. A fellow SEO by the name of Richard Shove has entered a similar competition. Click here, like it, and help him by applying some of what I’m about to write about. He’s not in the lead because of some emo goth kid. Let’s show him who’s boss!

The competition was run by Villa Campestri, a hotel and olive oil resort in the heart of Tuscany. This hotel is one of the best we have stayed in and their restaurant has the best food I have ever tasted. If you’re ever in Tuscany for a holiday – stay there!!!

The competition was simple, yet clever. If you stayed in their hotel at any point in the 20 years all you do is email them a picture you took during your stay in a hotel. You were allowed one entry per person and submit them by 15th November. Once submitted your photo was uploaded into a Facebook photo album they created. The photo with the most likes won the competition – simple!

“This is easy”, I thought. My photo was uploaded on 11th October and could acquire my likes from that point onwards would count. On 15th November I was in 2nd place with around 20 likes. Until I checked 2 weeks later…

At this point, I had made no real effort to get likes as I thought 75 would guarantee me the prize. One guy who submitted his photo on the final day somehow had 199 likes on his photo by the time I checked next on 28th November. I was only on 26! I needed to make an actual effort to try to win this. I still had a chance…

The first thing I did was pot it to my Facebook timeline. This got around 60 likes with this alone. I then tweeted the link at different times with different hashtags. This brought me a better result with over 100 likes. This step got me to just over 200 likes! Brilliant, I’m in the lead. However, Mr. 199 likes woke up and decided to push some more. He overtook me on 1st December. He was on 238 likes. I was on 212. I hate this guy.

Step 2: Use a site with good traffic and annoy them with a popup

I attract some great traffic to my WordPress plugins. My plugins are free and only rely on donations. I thought – if someone is getting a plugin for free, the least I could do is have an auto-popup on page load asking them to like. I took a screenshot of the popup… 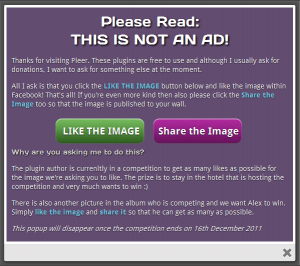 This message was nice enough – I warned them it wasn’t an advert and I said please more than once. I also made buttons out of the links, being all CRO ‘n’ all. As well as this, I tracked activity for both as well as I could. One problem I did have was that Facebook did not let me be able to create a like button for me to use (I even tried to do so within Facebook’s Graph API to no avail) so instead had to rely on people to click the button to open the photo in a new window and then hope they like the photo itself. The link to the photo from the popup was clicked on 395 times. I didn’t receive all of those 395 likes but it definitely helped push the numbers up.

The other button to share the image used an app I created to simply post a link to their timeline with a message I had written for them. I used my Facebook app’s insights area to find out it was shared 32 times:

We went into first place again, only to be overtaken. We were less than 10 likes away from each other…

I decided I needed to become a little more shameless to win this one. I decided to write an email and send it to nearly everyone I had in my Gmail contact list that I knew hadn’t liked the image already with simple and specific instructions on how to like the image and asked them kindly to forward the email to their friends and around their office if they could.

I then took to Facebook chat and did the annoying copy-and-paste text apologizing for the spammy contact method but to please like it. These 2 methods worked well as Facebook’s ticker was telling me in real-time who was listening and who wasn’t.

It was now 10th December. I had 5 days left and although I was in the lead, I was certain the other guy would have something up his sleeve. I then decided to @mention influencial people on Twitter and ask them to like and RT, like and RT, like and RT. This worked a treat. You’d be surprised how many people do respond to this, especially if they manage their own Twitter feed. I got a RT from David Quantick and even Matt Cutts responded only to tell me he didn’t have a Facebook account (by the way, I did share it on Google+ and he didn’t reshare -booo). 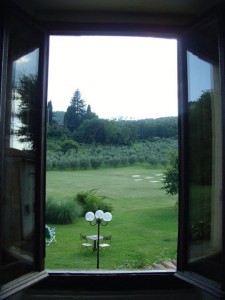 Villa Campestri announced the winner on their Facebook page and Twitter profile just after midnight (11pm UK time). We won! In fact, we won by quite the margin. 2nd place had 272 likes – he didn’t pull anything out of his sleeve. My photo, however, received an impressive 401 likes!

At this point you may be wondering why I wrote this post. I wanted to share my experience as an entrant for a competition like this and what efforts I made in order to produce 401 likes. This will be useful for people who will be running competitions for their own brand/client’s brand. I wanted to observe that there are methods people use as an entrant and how you could make it easier for an entrant to share their entry with their social graph. Think about things such as:

These 2 things will not only benefit them but also benefit you or your client. The fact that I entered this competition made me interact with a lot of people, most asked why they wanted the like. This sparked a conversation about the hotel itself, what the prize was and why I wanted to win it so much. I had nothing but praise for the hotel and this post is an example of how Villa Campestri has gained some online exposure for running an online competition. If one person out of the 401 likes decides to book, they have won. Will you be that person? I sure hope so, you need a break after reading this 🙂

Alex Moss
Alex Moss is the Director at FireCask, an online marketing agency in Manchester specialising in Search, Content and WordPress development. Alex is also the Co-Founder of Peadig, a WordPress framework powered by Bootstrap.
Find out more about Alex 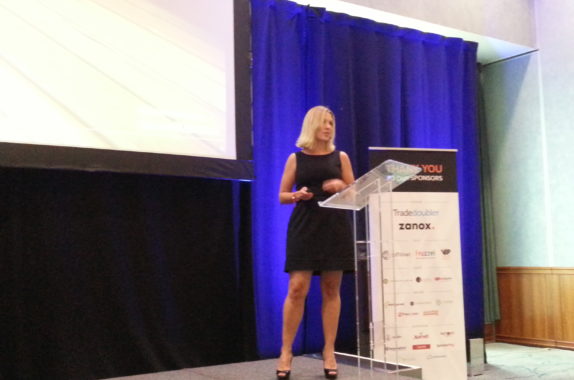