Update: Google’s Matt Cutts has confirmed that Google is indexing the comments (see below).

Google seems to be indexing Facebook comments which are used on blogs. The Facebook Comments are setup using Javascript and iFrames which usually should prevent it from being indexed. The website Labnol.org however found some comments on TechCrunch which are indeed being indexed.

Labnol gives the example of a comment by Robert Scoble which indeed can be found in the SERPS:

If we start trying it out on other comments however it doesn’t always add up. It seems as if the commenter at least has to have a public profile.

A search through TechCrunch using Google does show us that many comments from Scoble have been indexed: 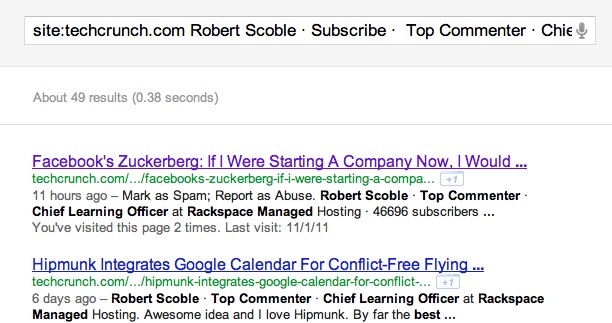 The fact that we are seeing them in the SERPS has another meaning. It doesn’t just have an impact on the visibility we can create, it also has an impact on Google’s Social Profiles.

Google gets another set of data which can help them define what we do and like, which will help them improve our social profile so they can give us even more personally based content.

So can we conclude that Google is now indexing Facebook Comments? Yes, they are. But it is not clear which ones they are indexing.

We know that it is not just TechCrunch, because we see them on other blogs also. We also know that at least the profile has to be open, but how ‘powerful’ the account is might just also play a role. We are not sure yet.

Matt Cutts yesterday confirmed that Google now indeed has the ability to execute AJAX/JS to index some dynamic comments: 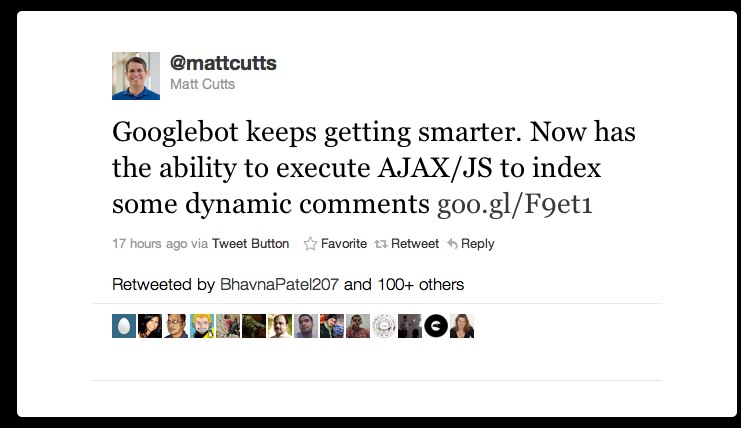