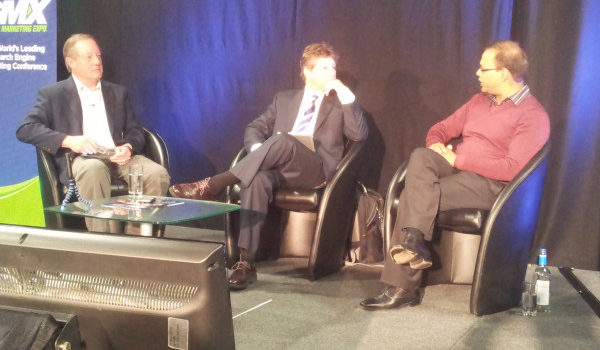 SMX London 2012 Keynote: A Conversation with Amit Singhal of Google

Kicking off SMX London was a relaxed, and relatively informal, chat with Google’s senior VP, Amit Singhal (we interviewed Amit Singhal for SMX recently). The more talks I see from Google staff, the more I realise that the company seems to be made up of child like geniuses. Their enthusiasm to create something special is matched only by their intelligence and ability. I walked in to Amit’s Google chat as he was exclaiming; “At Google, we understand”. He was explaining that Google understands that search engines need to make the jump, from purely understanding ‘words’, to understanding ‘things’. Search engines, according to Amit, need to be able to understand that ‘Mount Everest’ and ‘K2’ are not just words, but are in fact mountains. Until Google understands the ‘real world’, it will never be able to properly return results for questions like ‘What are the ten tallest mountains in the world’. He also expressed that Google are getting closer to that goal and are slowly beginning to understand user’s ‘intent’.

Amit’s enthusiasm overflowed as he talked about how he feels that his team at Google at closer than ever to building the ‘Star Trek’ machine that he dreamt of as a child. You can see that in Amit’s eyes, it’s not just about building a search engine, but also about building a complete super computer, or ‘Star Trek Computer’ as he puts it.

Amit on Google Search Plus Your World

Amit did a great job of avoiding controversial questions, and pretty much side stepped the following question from an audience member; “Is Google Search Plus Your World doing too much to promote Google property?” We’ve all asked the question and considered the consequences, so it was interesting to get a response directly from Google. Amit basically replied by discussing how the problem with Plus Your World, was that it was incomplete. He expressed that it was merely the baby steps towards what they are aiming at. Basically, Amit tells us, because so much of what we ‘share’ is on a private basis, such as email, Facebook messages or Twitter DM, it is very difficult to measure or understand what is personal to different people.

What I really noticed, when Amit talked about Search Plus Your World, was that he talked in the past tense, as if it’s already old news to him. Apart from sidestepping past the issue, Amit told us that the emphasis on personalisation has proved very successful with user testing, and ultimately that is all they care about. Whichever way you look at it, SPYW didn’t seem like a pertinent issue to Amit, and by the sounds of it, he has bigger fish to fry. Similarly, when somebody asked him if he could explain more about the ‘Venice Update’, he actually needed to be reminded ‘which’ update it was.

As with all Googlers, Amit fell easily into the role of protector. According to Amit, everything Google do is in order to provide a great user experience. Everything is trialled through A/B testing and is measured on a regular basis. Google also have a huge ‘sand pit’ where they can run in-house tests, where they also employ a a team of non-biased ‘real life users’ that are mined for information.

“At the end of the day, users will return to the engine with the most relevant searches” – Amit Singhal

Tell Me About The Penguin!

In an attempt, I believe, to mix things up a little and get away from the ‘Be nice’ Google talk, Danny Sullivan asked Amit to “Tell us about the Penguin!”

Of course, the Penguin update is one of the main topics we all want to hear about, but I feel this was another topic that Amit was keen to sidestep. Danny provoked the conversation with a question that hit the spot; “Have we gone as far as we can with links?” Is it still possible to extract information about a site from its link profile?

“It’s a variation of ‘signals’ that reinforce each other, which strengthens a websitess ranking.” – Amit Singhal

What Amit is saying is that a strong link profile is no longer sufficient for high ranking pages. Instead, we must work across the board and develop as many ‘signals’ as possible. No doubt this includes Google+ at the top of the list! In an attempt to justify the Penguin update, Amit tells us that “Since the Penguin update, relevancy is up, and that’s all that counts.” 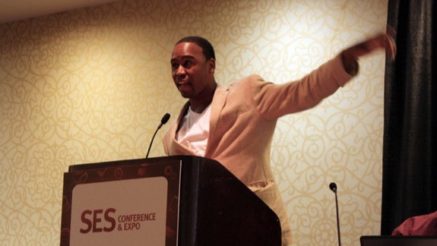 “Stop Talking – Get Back To Work” – Exclusive Interview with Mike King

Guest Contributor
In this interview Michael King shares his thoughts on the 'outing' issues recently and the future of Search.
Read More 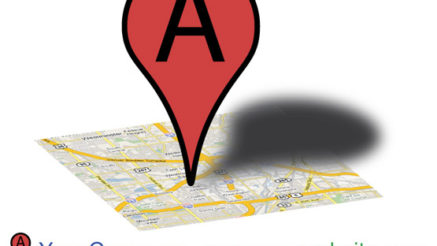 Jackie Hole
Local search can be one of the most effective ways to target your marketplace, but it is surprising how many...
Read More
Join our 9,000+ Subscribers
Receive daily, weekly or monthly updates on our latest content