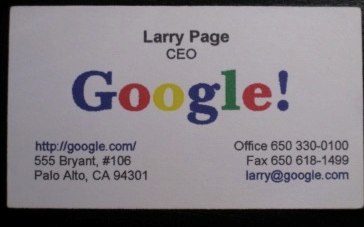 It’s not even taken Larry Page one week in his new role as CEO to make big changes to how Google works. We already heard of the departure of executive Jonathan Rosenberg earlier this week, but now news has come out that Page has a major reorganization of his management team on Thursday. 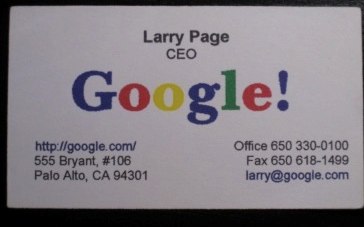 Page his goal is to reorganize the company in such a way that there will be a lot less bureaucracy and politicking and that innovation will go a lot faster than it does now.

Another thing that Page has done is tie the bonusses that employees get to success of Google. More success means more bonus. The emphasis in that lies on Google making it in the social part of search.

Business Insider got hold of a screenshot of the FAQ which Google employees got about the new bonus system at Google: 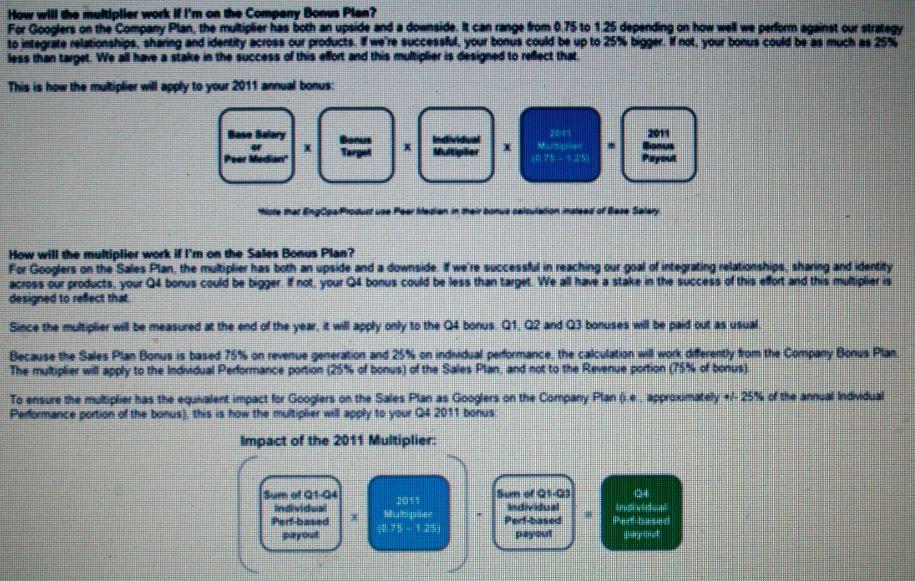 It is clear that Page is not losing any time on his changes. It almost seems as if the memory of Eric Schmidt as CEO has to be erased as quickly as possible. Also does anybody else feel that Page’s approach is similar to Steve Job’s approach at Apple?