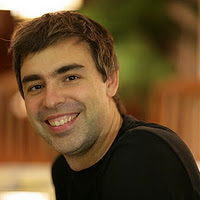 Google launch of Search Plus Your World has lead to a lot of discussion on different levels. There is the “do we want to get this much personalized?” question, there is the FTC “is Google favoring their own products too much” question and there is a privacy question floating around, but most of all its the “Has Google turned Evil?” question.

The mantra which used to define Google, ‘do no evil’ seems to have turned against them on the public opinion, or at least that of the tech industry. That could really hurt Google as a brand, but there is one other area in which Google could be hurting: the employees. Are the happy with Google changes? And what if they’re not, does that matter? One thing is clear for them it’s: follow the leader (Page) or leave. 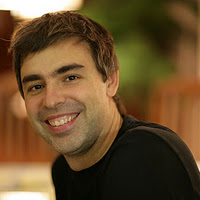 The Friday staff events at Google are famous. Especially those in the early days have become legendary. Even though they weren’t that extravagant or ‘crazy’ (some were maybe awkward), they were legendary because it was a company in the making and had the founders Page and Brin there in a ‘non-business mode’ which made it something special (see a video from 1999 at the bottom of the post).

The Friday staff event after the launch of Google Search Plus Your World again was one for the books. Larry Page apparently spoke to the Google employees who were there and made very clear what direction Google was heading in. He apparently told the employees:

“This is the path we’re headed down – a single unified, ‘beautiful’ product across everything. If you don’t get that, then you should probably work somewhere else.”

It shows what we already knew: Google’s social efforts are key for Larry Page. It’s the direction they have been going in full speed ever since he took back the CEO title from Eric Schmidt. And he has made clear to his employees before this is the direction Google is heading.

The past few days we have seen however that some of those employees are not that happy with the direction Google is heading in. They believe Google has turned evil.

We first saw a post on Business Insider from a former Googler who said he was surprised by Googles moves. He believes it was a “turning point” for the company and that they have turned evil.

But that was ‘just’ an ex-employee, an anonymous one also. He or she could just as well be working at Facebook now for all we know. It would be more worrying if it would have been employees who are working there at this moment of time.

According to Chris Sacca, also a former Googler, that is also the case. He tweeted out that three Google employees e-mailed him saying they were “seeking new opportunities”:

Sacca also believes Google went the wrong way and doesn’t mind the e-mails. He believes that people should stand behind what they do. And if they don’t support Google’s directions, they should leave. Kind of similar to what Page was saying in his Friday talk really.

Should Google be bothered by this?

At first it may seem as if Google might be in trouble from the inside. Employees and ex-employees complaining about the direction a company is heading to might be the start of a break down of the company, after all it’s the people that make the company.

In most cases that would be true, and if there would be many more signals like this from Google employees you might start worrying. But the fact is that most ‘complaints’ we’ve seen so far are from either competitors (Twitter), techies or ex-employees. And the few employees that don’t like it and do want to leave seem to be exceptions rather than examples of what the ‘general Google employee’ is thinking. I’ve also heard opposite remarks from Googlers who really love SPYW.

And Larry Page his remark? It could be seen as the ‘tough CEO setting the employees straight’. But as said, Chris Sacca’s remark actually means the same, the setting is different. And we don’t know the tone of voice which Page used.

Still Google will have to face a lot of criticism in the months to come. Let’s see how they will handle that.