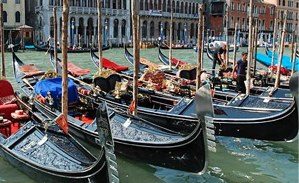 Google’s Panda Update now seems to be a monthly refresh of the Google Index, changing the search landscape constantly. It means that every month sites can either get more or less visibility.

For an SEO this can be frustrating. One month they are the winners, next month the losers. You can hardly make any predictions anymore, except for that your site needs to be ‘Panda proof’ all the time: you need the unique content and you need the value in the site.

Next to the Panda update there is the Venice update, which is focussed on improving local results in the SERPS. Sometimes things happen which you wouldn’t predict but are actually quite obvious. What was thought to be the last Panda Update showed some suprising stats in the UK for example. Searchmetrics calculated who ‘won’ and ‘lost’ in visibility. The biggest winners (Twitter, YouTube and the BBC) were not surprising. The biggest losers were: Amazon.com, Live.com and Apple.com. There is a logical explanation for that however: its the Venice Update.

The biggest winners according to Searchmetrics were:

The first response to the ‘loser’ list without a doubt is the fact that three major brands are listed as losers. It won’t surprise people that ‘kibagames’ is there, but Amazon losing over 50% visibility, that is big! And why are Apple and Live there?

It is weird because the big brands don’t really have the profile of ‘offering low quality content’. What is going on here? 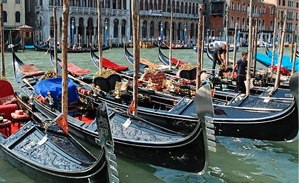 First of all we should look at the numbers in the right perspective: yes, Amazon lost a lot, but Live and Apple see a lot less fall. The drop is less significant there. But there is more to keep in mind.

At the ElevaleLocal blog Yousaf Sekander feels he has the answer, and I think that he seems to have gotten on to something here. He explains that the drop is for Amazon.com, where Amazon.co.uk is actually seeing an increase in search visibility. It seems as if the local sites for the brands are getting more visibility over the global .com sites. The same for example goes for E-Bay.

Here is what Yousaf shows us:

Images by Yousaf at Elevatelocal

I think Yousaf is on to something here. The local results seem to have had an update, which actually is more closely related to the Venice Update than to Panda. So we might be seeing the effect of a refreshment of Venice, not Panda.

Is this a big deal?

The fact that Google keeps refreshing Panda is not necessarily a ‘big’ thing. Websites that get hit simply haven’t done their SEO right, you by now should have had enough time to prepare for this. What is interesting is that again Google gives a push to local.