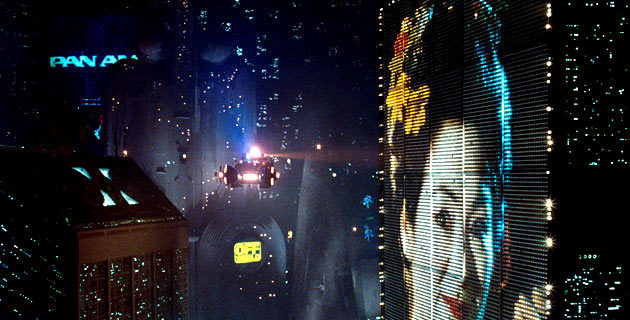 A Lesson in Digital Out Of Home

You probably noticed it was #BacktotheFutureDay a couple of weeks ago, which means you’ve likely seen all the memes and articles lamenting the lack of hoverboards in the present day. What else are we missing, here in 2015, which features in Back to the Future 2? Mr. Fusion? Nope. Fax machines in every home? Er, not so much. Giant 3D sharks that emerge from holographic billboards?! No… or not yet anyway!

Our hungry, toothy friend from Jaws 19 brings me nicely onto the topic of this post, which is DOOH (Digital Out Of Home). I’d like to give an overview on recent developments in the world of DOOH which I think are pretty damn exciting and hopefully I can convince you to get excited about it as well. For the uninitiated, OOH/DOOH covers anything from those big posters you see on the tube on the opposite side of the platform, to little digital screens in back of black cabs, to those great big billboards, Blade Runner style (if we’re sticking with the 80s movie theme). 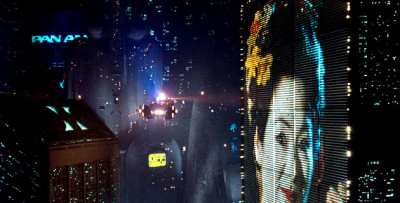 Anyway, despite being in “the future” (i.e. circa October 21st 2015) my perception of DOOH had until recently been very much set in the past. I’ll confess that, despite working in a media agency, I wasn’t all that aware of how much OOH had changed in the last 5-10 years. If I’m honest, I’d only really thought about DOOH in the context of triggering search behaviour, for example, when OOH campaigns feature a call to action to “search online for [INSERT KEYWORD HERE]”. And my interest had certainly extended to considering the challenges that cross-channel campaigns can present, namely being vulnerable to the pitfalls of siloed marketing, as outlined in James Murray’s 2013 post on the NatYes campaign. But that was pretty much it, for DOOH & I.

All that changed following an agency seminar on DOOH by Strategy Director Jeremy Taylor of the Production Agency Grand Visual*. My lukewarm interest turned into a rolling boil as Jeremy ran through the latest developments in DOOH that had largely passed me by. Sure, there were lots of campaigns that, as a consumer, I definitely had noticed. A selection of viral videos that had cropped up across my social feeds this year gave clues as to the innovative and creative developments in DOOH (campaigns like these interactive Disney shadows or the Oreo eclipse come to mind). But, as a marketer, I’d been somewhat oblivious to the developments in technology and insight that made them possible!

In the increasingly fast-paced world of marketing, context is essential to cut through the noise, as it allows brands to adapt to changing consumer interests and behaviours over time and even space (particularly when it comes to DOOH). So, my interest was particularly piqued when Jeremy revealed that DOOH was now making use of real-time data via APIs for increasing levels of contextualisation. An example is Google’s use of interactive DOOH to promote their new Search iOS in September 2014. 1,240 digital billboards across London, utilised multiple API’s to deliver hyper-local and real-time information local to each individual screen. There’s a wealth of DOOH campaigns that are making clever use of contextual awareness (just like other paid marketing channels) with creative executions that are based on insight around people’s behaviour, interests and needs across the day, the week, the month and the year.

Keen to educate myself and find out more about DOOH, Jeremy kindly agreed to let me grill him after the seminar, so I wanted to share his answers with you.

Like all good stories, I’ll start from the beginning:

How has DOOH evolved over the last 10 or so years, such as in terms of approach, the tech used, and how widespread it’s become?

It’s completely changed. 10 years ago they were just digital animated posters, added onto media plans as extra value. Copy needed to be supplied several days in advance and there was no flexibility. Then everything changed in 2009 with the introduction of Openloop and dynamic content delivery.

…and where do you see it going in the next 5-10 years? E.g. technology advancements and allowing interaction or ecommerce functionality through screens.

I’m expecting to see big advancements in data (how it’s used to affect live content), audience tailoring (how content adapts based on who’s looking at it), and programmatic delivery (hyper-efficient buying and display based on audience and contextual factors).

With the spate of recent award-winning work, what are you most proud of, and what was the most cutting-edge (at the time)?

For the past 18 months our most talked about campaign within the industry has probably been Google Outside. It has served to change the medium so far as multiple API feeds into individual screens. Equally innovative but more stunt based was our Pepsi Max bus shelter. We’ve also had lots of success with our Disney work, in particular the ‘Shadows’ piece we delivered in NY.

How have mobile and localisation grown in importance?

There is still a disconnect between DOOH and mobile in terms of pure flow. Mobile can be a good enabler for interacting with bespoke DOOH executions, and equally DOOH can drive people to continue brand conversations via their devices, but there isn’t really any credible examples of mobile and DOOH working together harmoniously in a synchronised, comms delivery (in my opinion). Although there is research that suggests mobile ads are much more effective when delivered in proximity to DOOH ads. Localisation is very important for DOOH in terms of contextually. DOOH screens all know where they are and research has shown that contextual content significantly boosts awareness and recall.

Do you find that data dictates creativity? Or do you come up with ideas and see if the data is out there?

I think that data and creativity can work together beautifully, but essentially they are different things. Brand data is a commodity that leads to relevance and contextuality. It brings adverts to life and enables brands to start direct conversations with an audience. Creativity can come in many forms, not just data. An advert could consist of a single image that’s powerful and hugely creative, but nothing to do with data.

How important is measuring attribution for you clients, proving ROI? Are we now starting to prove the relationship between online/offline? What role does DOOH play in that?

Historically DOOH wasn’t judged in terms of ROI, because there wasn’t the scale. If anything, DOOH was looked upon to drive earned media or enhance a broader OOH campaign. DOOH has reached a point of scale now though where it can compete with OOH in terms of C&F. This, combined with recent studies that show the positive impact dynamic and contextual DOOH can have, means that ROI is now an achievable and measurable KPI.

How do you measure performance and what tend to be the core KPIs?

As above, DOOH performance has always been measured as a means to drive online traffic, be that YouTube hits, website hits or general PR. Now that true scale is available through DOOH, the opportunity is there to further assess the impact and deliver clearer performance results.

Have you experienced any DOOH ‘fails’, i.e. stuff you thought would work really well but came to nothing? E.g. the public adoption of AR or QR codes.

Yes. The big thing for us is keeping things simple (where interactivity goes). Anything too complicated will be ignored. In terms of QR codes, NFC and mobile AR, it all pretty much failed so far as mass uptake. Consumers don’t have the patience or time for it all. Any tech based around consumer interactions needs to be seamless otherwise it won’t work. Our AGENT platform is successful because the only barrier for consumers is their web browser, which the majority of people are so used to using already that it isn’t seen as a barrier at all.

How does the UK DOOH market compare to other countries? Are there any other countries “doing it better”? The UK is still way ahead of any other market. The US is catching up but it’s still very fragmented over there.

So there you have it!

I was pretty excited to hear just how much DOOH had changed and the possibilities on the horizon, which would allow it to move on from being beautiful, architectural and informative to also being relevant and profitable.

So perhaps the future of Digital Out of Home is not too far off of that 3D shark from Jaws 19 in Back To The Future 2 after all. With DOOH’s evolving use of real-time data, hyper localisation and contextual marketing, brands might now have the power to adapt their marketing strategy so that for customers, this time, it’s really, really personal.

A big thank you to Jeremy Taylor of Grand Visual for his time and contribution to this post.

*Grand Visual work with Talon, who are the planning agency and are part of Manning Gottlieb OMD.

Briony Gunson
With experience in SEO, Social as well as PPC, Briony is passionate about integrated digital marketing strategies and handles accounts for a wide range of big brands in the UK. She enjoys the challenge of working with multiple teams, agencies and stakeholders to develop holistic strategies and is always looking...
Find out more about Briony 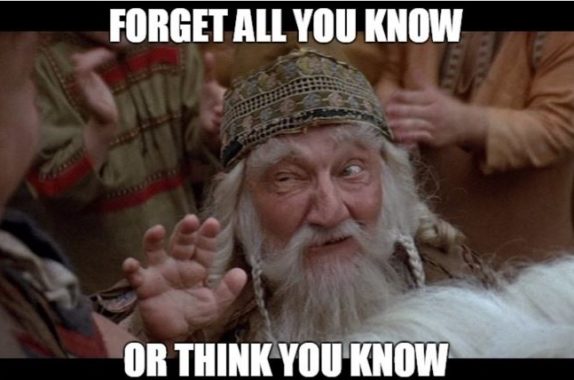 Latest Post from Briony
Advertising How the Quest for Good UX Can Lead to Great SEO
Join our 9,000+ Subscribers
Receive daily, weekly or monthly updates on our latest content