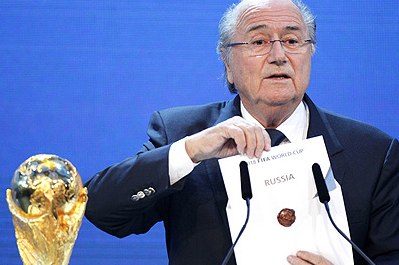 Despite the best lobbying efforts of our biggest sporting star, a newly engaged king-to-be and our Prime Minister England failed miserably in their attempts to gain the right to host the 2018 World Cup, I’ll leave the discussion on they whys and the wherefores to the better qualified; what interested me was how convinced everyone seemed to be of the success of the bid despite its impending failure. I don’t think this was naive wishful thinking but the kind of self deceit that often affects un-successful link builders.

So what can we learn from the disastrous bid to help us become better link builders.

We’re bad judges of ourselves 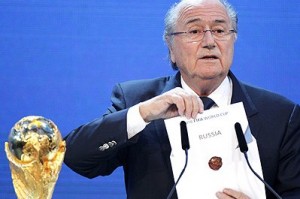 I was listening the live build up coverage of the vote on Radio 5 Live, most of the presenters, guests and listeners seemed to think that there was no argument – we had the best bid. The problem is in almost every case we are poor at judging the quality of our own work. If you’ve put together a piece of engaging content to attract links you’re always going to over-estimate it’s ability to attract links. The chances are you’ll even do a good job convincing your clients or your bosses it’s great too. But what you really need is an impartial external opinion on the subject. One way I like to do this is asking potential linkers before dedicating time and effort to producing link bait. Ask a few people who’ve rejected your previous advances whether the idea is the type of thing they’d go for.

Only with these objective opinions can you really judge whether something you produce is of a high enough quality to attract links and attention.

A lot of people claimed that England had produced a better pitch “technically” that they’d ticked all the boxes and nobody could argue that they were the best host. The problem is, and this very true in link building, being technically the best doesn’t always mean you’ll do the best. I’ve seen great content that’s been ignored because it had a poor headline. Other hugely valuable resource centre’s that were both extensive and useful but so hidden away nobody would find them to link to.

When-ever your working on a piece of content or on a site, it being “technically” better than your rival won’t ensure your success. In all life, and particularly when building links, emotion has a huge part to play. You may tick more boxes but if you can’t build that emotional connection it doesn’t matter.

People sometimes tell you what they think you want to hear

Hearing the press conferences during the event it seemed Dave, Dave & Willy thought they’d done enough to convince people to vote for the English bid, but when push came to shove they didn’t. The problem was the people they were lobbying told them what they wanted to hear.

This happens in link building efforts as well. Over the years I’ve had a pretty good hit rate turning out reach attempts into actual links but I’d be laughing all the way to the bank if every person who said they were going to link to a client site actually had. Whether they forgot, changed their mind or just fobbed me off, they’d told me what I wanted to hear, and I’d taken their answer at face value. A link building success story isn;t based on how many people tell you they are going to link to your websites, it’s how many people follow through and actually do it.

Connections are as, if not more important, than content

Whether you believe the accusations that they was collusion or bribery or not it’s clear that Russia and Qatar with the 2022 bid knew that it was the power of connections that would determine whether they were successful or not. They concentrated on those connections more than the content of their pitch. There’s an important lesson here for link builders; while nobody will link to terrible content; your connections, relationships and influence are just as important.

If you enjoyed this post there’s a chance you might also appreciate my book on Link Building “Becoming a Clockwork Pirate” it’s free and if you don’t enjoy it I’ll give you a full refund! 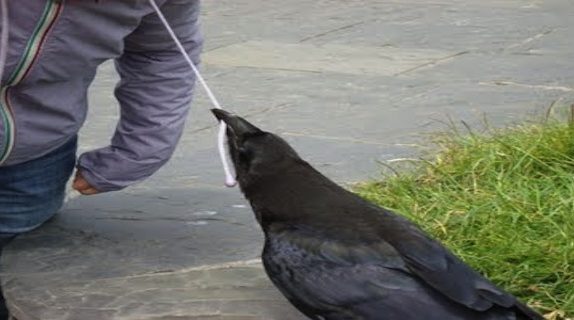