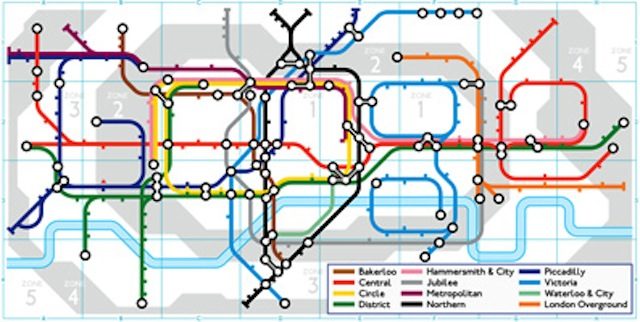 Most people getting on the underground won’t need a map for that, others do. And the map for the London Underground is famous, it has even been used in art. Google now creates another small piece of art: a London Underground Map, mapping the Google logo in their Google Doodle on Google.co.uk. 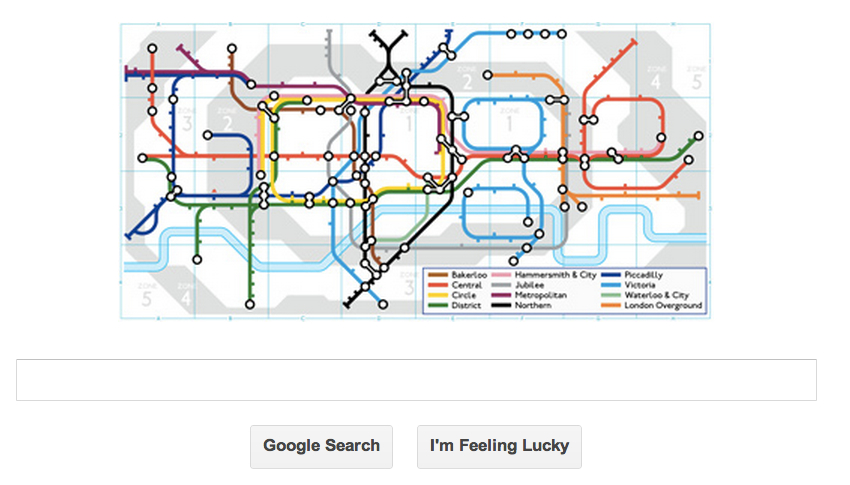 Clicking on the logo will get you to the search results page for a search on “London Underground”, which off course has the Knowledge Graph information on the right side again.

The London Underground is probably one of the most important things in London. It provides jobs (around 19,000!), it transports 1,107 million passengers a year and has 270 stations. From the first trip (between Paddington and Farringdon) it started of with in 1863 until the 1.171 billion journeys in 2012 there is a big difference, but it shows the importance of the underground for the city of London.

It therefore makes a lot of sense for Google to produce this logo on the Google.co.uk domain. And this is just one of the many festivities around the Underground’s birthday. They for example also created special stamps in honor of the celebrations. Did you spot any other festivities around this?

Google in the past has always looked at events like this and has also focussed on public transportation before like Michel points out in his (Dutch) post on his personal site. They for example looked at the Lisbon tramlines and Uganda railways. Google has also got the Underground embedded in their Google Maps functionality so you can plan your trip using Google Maps.

What always strikes me is that Bing is not doing anything on this. It would have been so easy for them to put an image of the Underground there. Instead they chose to show an orange fish…