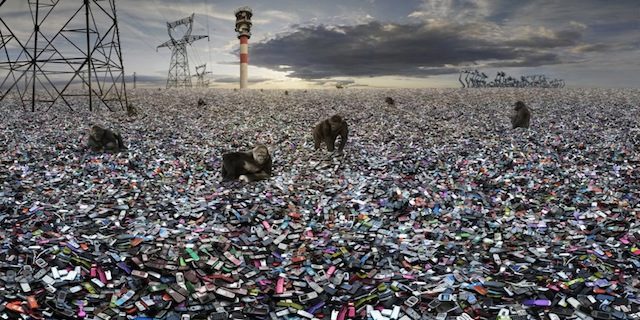 It was nearly two weeks ago that Marin Software released a whitepaper which got some discussions and pens going. The whitepaper “Mobile Search Advertising Around The Globe” showed us some impressive numbers which were repeated over and over on several blogs and at SES London last week as well.

Since 2006 we have been talking about ‘the year of the mobile’ and that was even before there was such a thing as the iPhone, let alone tablets. Marin’s report shows that talking about mobile is one thing, doing mobile is another. Where in 2006 we thought the phone would be the mobile device to focus on, now it is the tablets that have our full attention. And it is clear: there is money to be made on mobile (as if you didn’t know right).

Jon Myers, Commercial Director, EMEA at Marin Software emphasis that money can be made mostly on tablets:

“While the rise of tablets is no secret, what’s interesting is based on our report, tablet users engage with search ads more than ads on desktops. A high user involvement combined with favorable performance characteristics make search ads on tablets hard to resist for advertisers.”

Marin looked at a huge dataset of leading brands and advertisers that manage more than $4 Billion in annualised paid-search spend, divided over the most important countries all over the world.

Just a few highlights from the report (which can be downloaded here by the way), find an info graphic below:

· Paid search clicks on mobile devices increased by 65% during 2012
· The report shows that the UK, with a 24.4% share of mobile paid clicks, outstrips the Eurozone +at 14.5%
· The UK has the highest mobile device click through rate (CTR) in Europe, and is only second to the US globally
· During 2012, UK advertisers increased their mobile paid search budgets +from 9.94% to 19.32% , an increase of 94%
· Eurozone advertisers increased their investment in mobile paid search +from 4.8% to 11.8%
· Marin predicts that Cost per click (CPC) for mobile will come in line with desk-top in 2013
· The report indicates that early UK adopter traffic resulted in a 36% increase in the cost per click (CPC) for tablets

What lessons can be learned from this research?

Now it will be useless to re-write what is in the whitepaper and in many posts around the web already (see a list of links below this post). What is more interesting is to look at the lessons learned. Here are a few:

If you read the whitepaper the conclusion can be simple: let’s all focus on the tablet. Smartphones in some case had lower conversion rates Marin says, which could indicate that advertising on the phones is not “smart”.

Hold your horses though, the worst thing a marketer can do is just follow one route and go in the direction the first person points towards. Yes, tablets have more conversion, but you have to keep in mind how people are using the devices.

A tablet is often used at home in the living room, which will make it more easy for people to actually act on an ad. A phone however is more often used ‘en route’, for example when someone is on the train. Their actions could then be different: not direct buying but bookmarking for example or picking up the phone and calling.

Essence is: their behaviour is different. So advertising on a mobile phone could still work, you just have to offer them different triggers. Which is why Google’s decision to not let you split your campaigns yourself anymore is a very bad thing for marketers. It should be the opposite!

It actually is an ‘open door’ as we call it here in the Netherlands: not every country is the same. Still many get that wrong however. They just do what worked in the US and do the same in the UK, Europe or Brazil or China.

Look at these charts: 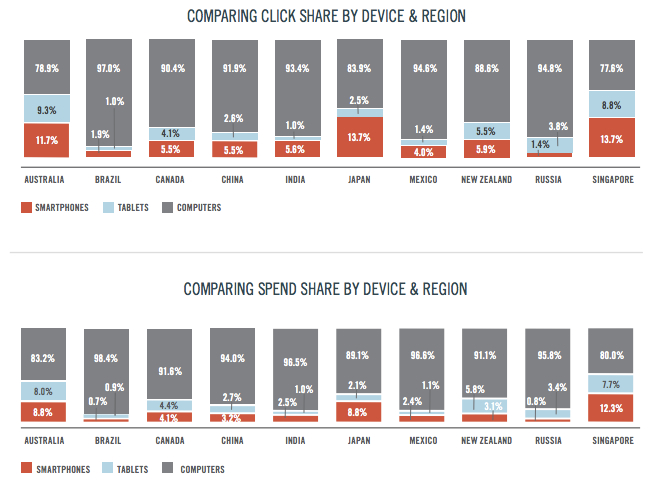 It shows that every country is different. Brazil for example, a country which is going forward very fast, still is looking almost solely at the computer, where Australia is embracing tablets and smart phones a lot more.

And if you look at costs that will reflect as well: Brazil is cheaper, Australia more expensive.

The lesson learned here is simple: before targeting a country look at their demographics. What things do they like to do, how urban is a country and how does the costs look compared to what you can expect back.

Lessons according to Marin

There are off course more lessons to be learned from this. Marin also writes down some lessons learned in the whitepaper:

But the most valuable lesson which can be learned is to go mobile, but think first, don’t “just” go there, but specifically target, a few hours worth of research will benefit you more than ‘just go mobile’. So pay attention!

Posts about the Marin research around the web 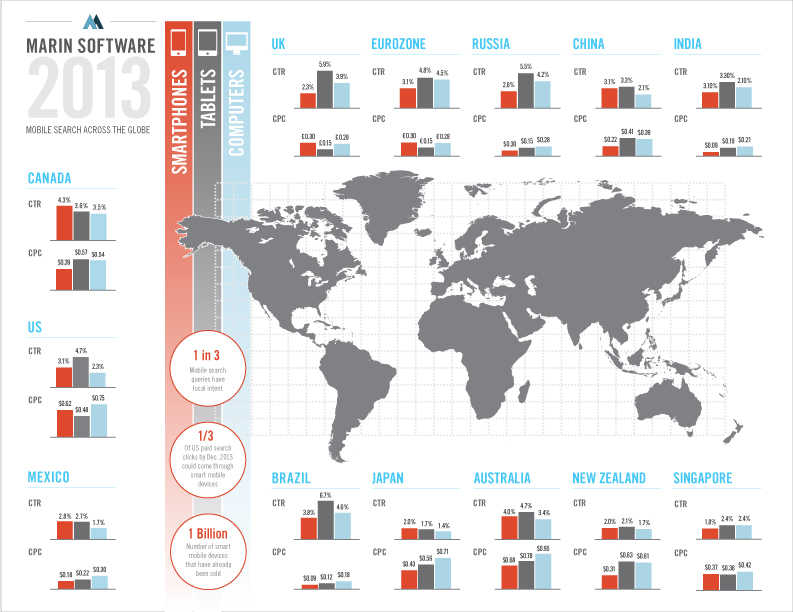 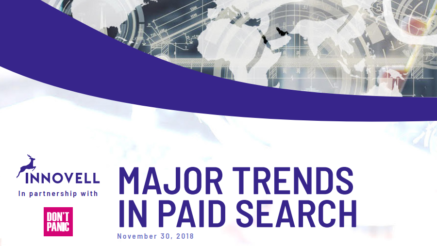