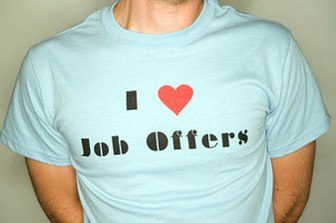 Yesterday Marissa Mayer made one of the most surprising moves in this young industry ever. Her move from Google to become CEO of Yahoo is unprecedented and it will be interesting to see what she will make of it over at the former search giant.

The sudden move also triggered a lot of questions: why did she move? Why did Google let her go so easily? What else is going on? And even the question of who is going to replace her when she is getting her first baby in October showed up.

We decided to ask some industry experts on their thoughts about Marissa Mayers move. Fresh into the news they responded:

“I think it’s fantastic for Yahoo and is definitely a blow to Google. I haven’t seen this much chatter about Yahoo in…well never, honestly. It’s awesome.”

“Marissa is a smart, talented woman. I don’t see this as a blow to Google – they have a deep team. It may be a great move for Yahoo, but we’ll just have to see. Yahoo’s problem seems more cultural than technical at this point. Her top priority needs to be focusing Yahoo on what it is as a company rather than what it has in terms of technology. Marissa has always been good at this, so… the jury’s out but it’s definitely an interesting move to keep an eye on.”

“It is a really shrewd move by Yahoo!, they really need a product person at the moment and Marissa Mayer has the proven track record when it comes to delivering captivating products. It is a big loss for Google no doubt but I don’t think Marissa can turn around Yahoo!, it is simply too late for that to happen.”

“She’s bright, experienced and liked by the media, Yahoo! made a good choice.  Question is, did she?  I understand she was recently passed over for a higher position, and then there’s the issue of Page being in the #1 spot at Google, no immediate or even probable long-term chance for her to move into the CEO chair.  So not surprised she was open to moving but have to wonder if Yahoo! was the best place to go.  As a search vehicle they seem to be doing “ok” but also seem to suffer from identity/brand issues and being behind on almost all technical platforms.  I wish her well but she is going to have a seriously tough time over there.”

“Kudos to Yahoo! For stealing her and I wish her good luck, going from being Google’s employee number 20 to managing the beast that Yahoo! Is must translate to her having BIG balls. The only thing I ask of her is to return Yahoo! Web Analytics.”

“It could be both hope for Yahoo and a boost for Google, if Marissa brings the two organisations together again.  However, I think what’s more likely is that she’ll bring her product development and marketing experience to bear on Yahoo and it will become a more exciting company.  All in all, it’s probably Yahoo 2 Microsoft nil and Google minus!”

“I think Marissa going to Yahoo! as CEO was a brilliant move for her and for Yahoo!   While some financial types down play her due to a lack of CEO & turn around experience I believe her intense focus on products will be what makes her successful.   Yahoo! is and always be a portal that makes money from advertising.  The advertisers come where their is reach, frequency and a relevant audience which they have and can increase.  Last I heard they had #1 traffic sites in 22 categories which in my opinion has not effectively been leveraged.   Marissa’s experience in mobile and local will help focus the company for the long term to leverage areas which are in hyper-growth they are severely lacking.  I also think Marissa’s engineer mindset will help her see the failure in Yahoo!’s Advertising tech stack and sell it off RightMedia and the rest of the technology distractions that they can’t seem to make work with existing infrastructures.   As for As for web search, I think it will be moved lower in priority but an increased emphasis on contextual display advertising int he mobile and tablet platforms.

As for Google, to me Marissa’s departure is not as big of a blow at the talent level as it wold have been before she went to local/maps.   However, I do think it shines a light on the internal politics at Google where short term profits seem to be winning out over long term success and innovation.   Only someone vey unhappy with exceptional passion for what “could be” phones in a resignation and takes a CEO job the next day at a competitor.   I wish her the best of luck and hope she can turn them around and do what the experienced “suits” could not! “

Dennis Goedegebuure – The Next Corner

“Marissa Meyer takes role of CEO at Yahoo.
When I first heard this I was I was stunned. Very surprising move.
As a high profile executive at Google, very early employee and in charge of key product to one of the most powerful companies in the world, it would be interesting to hear what motivates Mrs. Mayer.
Money is probably not the motive as with the time Mrs Mayer spend at Google, she must have earned a great amount. I can’t wait to hear or read the first interviews where she gets the chance of explaining her motives. Mrs. Mayer has more to loose here than to win; her prestige.
Will she succeed at Yahoo. For sure, Mrs Mayer is very smart, and is praised by many as the right person to lead Yahoo as she has a good combination of tech leadership and business insights and experience. However, is Yahoo ready for Mrs. Mayer? With years of departing talent, the media calling Yahoo a drifting ship, and 3 CEO’s in a short time, how much energy within the Yahoo employees is left to start another turn around strategy.
Last part I will be interested in, is how the search partnership between Yahoo & Microsoft will evolve. Mrs. Mayer has intimate knowledge on Google products and how well these work for partners of Google. With the long term she has worked at Google, she probably will be looking at Google as a potential partner in driving a successful turn around strategy.
In any way, we like to keep things interesting here in Silicon Valley!”

“My first thought was: „Keep your friends close, and your enemies closer“.

As Yahoo went out of Search completely and integrates Microsoft results, what Google obviously wants to do is integrate their search feed into Yahoo again as they used to have it many years ago if I’m right. And Marissa could make that happen from the inside. That’s one theory.

On the other hand Marissa has proven to be a highly talented person and certainly if you spend too much time (10 years?) in one huge organization that goes from the geeky “don’t to evil we’ll be friends, all play video games and all will be cool?”-culture to a multi-national huge and definitely other ways headed and managed prototype of a cubicle farm culture then I could totally under Marissa’s will to get the “startup spirit” or better call it “turnaround spirit”.

Either way, I think this move gave Yahoo more coverage than all product launches of the last 10 years (no pun Tim Mayer 🙂 and I’m anxious to see what comes next…”

“Back in October 2010 there was debate as to whether Marissa Mayer move from Search to Local was a demotion or a promotion in Google. Yesterday, on Facebook, Microsoft’s Dare Obasanjo said;

“Marissa Mayer is one of my favorite people in tech and Google really treated her poorly. Congrats on the new gig. Go kick some ass.”

I suspect, if we look hard, the signs of disquiet have been there for a while. Even so; Mayer’s move to Yahoo does come as a surprise.

Only time will tell whether this works out to be a fantastic, bold and brave career move or whether Mayer has just grasped the poison chalice with both hands and drunk deeply.

Yahoo has assets and problems in abundance. I’ve always had the sense that the company’s biggest problem was its structure and culture; it has become a lumbering giant unable to seize on opportunity and unable to keep up with the rapid evolution of the digital space. How can Mayer tackle that?”

“As Marissa Mayer sorts out Yahoo’s strategy, she’s said she’ll focus on the Internet company’s strong franchises, including e-mail, finance and sports. I hope she adds news to that list, because Yahoo! News is one of the company’s strengths. Mayer says she also hopes to do more with its video broadband and its mobile businesses, tapping into its significant base of users. She’s absolutely right about that.For Yahoo!, the hope is that Ms. Mayer and her discerning eye will provide some much-needed direction for what has been, as of late, a rudderless ship. For the search industry, our hope is that Ms. Mayer can get Yahoo! moving again. As Oliver Wendell Holmes observed,’To reach a port we must sail, sometimes with the wind, and sometimes against it. But we must not drift or lie at anchor.'”

“Talking as a Xoogler (Ex Googler) I feel that there might be new opportunities coming up for Marissa. Marissa
was a top level manager at Google, focussed on product management, and she must feel/see a chance for Yahoo,
which is really interessting for all of us in the industry. I believe that we will see some major moves from Yahoo in the
near future ;-)”

So what are your thoughts on the move?