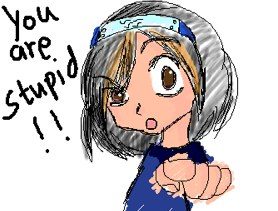 A Marketer Should Always Think from a User Perspective

I have been doing training sessions for quite a while now. And for years one thing has been coming back on the table multiple times in sessions: listen to what your potential client has to say and act on that. It started off years ago with keyword research: trying to find what people searched for and act on that with your texts instead of trying to push your own ‘language’ and hoping people will adapt to that.

It has evolved to using not just the right keywords, but also the right platforms: be where your potential audience is and address them in a way they feel comfortable and familiar with.

This Friday I spotted a discussion on Google+ started by Bill Gross. Now, that is not somebody without a track record you might say. You can expect him to ‘think in the right direction’. And to be honest, I was quite shocked when I saw what he had posted. Based on what came out of Google Zeitgeist 2011 (did you see that awesome video by the way?), he asked this:

Now, I’ll admit right away, I didn’t know who Rebecca Black was either, except for the fact that I know she is popular in the US. A tiny bit of research however showed she is a “YouTube-celebrity”, who had a video which went viral on several Social Networks.

Gross his remark with that knowledge became even more surprising than it already was. Let me tell you why I was so surprised (and disappointed) with his remark.

I’ve had this discussion several times over the past ten years. I remember about 4 or 5 years ago having a discussion with somebody here in the Netherlands who said that he refused to read any website which hadn’t got an RSS feed and that he felt it was a ‘total disaster’ if a site didn’t have a feed. I asked him to go to the busiest street in Amsterdam and ask a hundred people if they knew what an RSS feed actually was. The point was that he wasn’t thinking for the ‘regular’ people, but only from a ‘tech’-perspective. Gross is doing the same.

In the discussion below (see the entire thread on the right, up until I commented, click to enlarge) people mostly agreed with him, making fun of Rebecca Black, because they didn’t know who she was either. And they even made fun of the people searching for her, claiming they were in some sort inferior or even ‘stupid’. Except for Chris Brogan. He pointed out:

Now THAT is the right attitude. Brogan understands that you cannot think from ‘our’ perspective, but you have to keep in mind that we are not the majority of the web. We are just a relatively small group of techies, marketers and early adopters who look at things differently.

On top of that it turned out that Rebecca Black actually got famous because of YouTube and Twitter. So Gross and all the others SHOULD have understood why that search term was more searched for than Steve Jobs or Google+ (really Bill, you think people would look for Google+ that much?).

People responded ‘stupid’ but Gross asked the wrong question, he should have looked at the audience in stead of the technical issue behind it.

I will probably have this argument again with marketers and techies in the future, but I will keep saying the same thing: step away from your views and look at the bigger picture. People searching for Rebecca Black are not stupid, and remember marketers: when you are saying these words, do you realize you are calling your potential audience and clients stupid? You really want to sent out that message? Wouldn’t that be stupid?