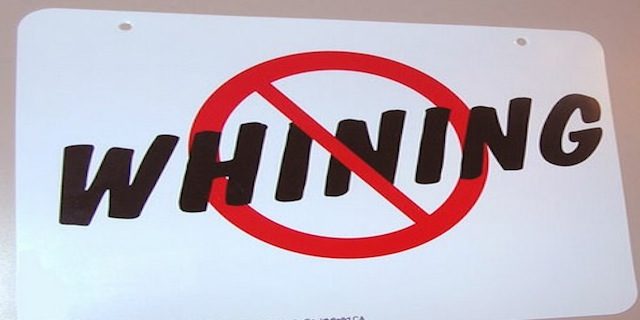 So this is a post written on the plane so bare with me for a little. It’s thoughts put on paper, but I think it’s important. For the past year and a half I have been talking all over the world about Google’s Social Search efforts. How the search giant was, and still is, trying to embed social into search. At first my talks were about the social signals we were seeing, how Google was for example integrating Twitter results or how it was showing when and where someone was sharing a specific piece of content. That was even before Google launched Google+. And even then I was saying: Google is up to something more than just a Facebook clone.

I showed some of my findings and conclusions at SMX 2011. Soon after that Google+ launched. It sure as hell looked like a Facebook clone, and don’t get me wrong, if Google would be able to push out Facebook, they sure would, but still Google+ is much bigger than a social network. It is much bigger than a Facebook competitor. I actually wrote about that back then as well, explaining what Google+ was really all about.

In the past few months, well, to be honest ever since Google+ launched, I have heard a lot of complaints from marketers about Google+. These complaints are mostly about the social network part of Google+: too little numbers, not enough functionalities, not enough engagement, you name it, all the complaints were there. And the funny thing is: they were all true. But now I believe it is time to stop complaining and get to work, you might be too late already.

Marketer? Take off your user hat for a minute

The complaints mainly came from marketers. That makes sense, because one, most of the people on there have something to do with marketing, but also two, because they actively look at ‘tools’ like this to see how they can make the most out of it. Is it a way to reach potential customers?

And what do marketers really need these days? They need to be personal and connect with their target audience. They need to get in touch with them and figure out what they want. They need, yep, an identity machine. And they have one, they are just not using it.

How Google+ reaches out

So how does Google+ reach all these different levels? There are a few ways. Let’s take a look at just a couple of them.

At my talks I always ask the audience who has a Google+ account. Usually a few hands go up, depending on the type of audience. When its search or social marketers it usually is a higher number than when there are ‘regular’ marketers there. The follow up question usually raises a lot more hands: “who has a GMail account or any other Google account?”. That’s when I tell them they also have a Google+ account. Most people don’t realize that by having a Gmail account they also have a Google+ account, because every Google account, whether its Gmail, YouTube, Blogger or another Google product now means it is all connected. They all come together in your Google+ profile. So even if you are not using it, you still have it.

If there are still people who think that they can stay away from Google there is another question I will ask: “who has ever received an e-mail from somebody with a Google+ account?” Now all hands go up. Again, most people don’t realize this: if you have been contacted through a Google property you are now ‘in Google’s records’. This means that even if you don’t have a Gmail account or any other Google account for that matter, Google still has figured out who you are. And because Google has personalized search for everyone ever since 2009, they also know what you are searching for.

You can see this from the example below. One of my ‘suggested connections’ is my dad, who doesn’t have a Google account and who does nothing other on Google than searches now and then. But he has received an e-mail from me, from my Gmail account. From that moment on he is being tracked and treated almost as if he is a Google user.

Google collects a lot of data through many different channels from people. The ones mentioned above are just the tip of the iceberg. Think about Android data for example, or the +1-button. Do you really think that only sends data about a user if someone clicks on it? Think again. And there is much more: Google Analytics, localization data (read this post by Bill Slawsky to see how local data impacts searchers behavior).

The data Google gathers is being used for many purposes, but the main purpose (they say) is to serve people search results which they will trust enough to click on. And that trust comes from people’s identity.

Another reason to look at Google+: Local

Another big reason why you should be looking at Google+ is the integration of Google Places with Google+ Local. That has been coming for a while and now it is here. With Google+ Local now businesses are forced to start using Google+, because that will determine the local rankings.

Google+ is everywhere: use it

What we are seeing is that Google+ really is everywhere. It is not a social network, its an identity machine. And that machine can be used by marketers. By focussing on what Google makes visible. By making content which is shareable and which is ‘carried’ by Google+.

If you are a marketer you need to go and find out how it can help you. Don’t focus on functionalities which are not there, focus on what is there and use it.

Rebecca Lee
PR has traditionally been a discipline focused on raising brand awareness and reach, based on a model of measuring Advertising...
Read More
Join our 9,000+ Subscribers
Receive daily, weekly or monthly updates on our latest content