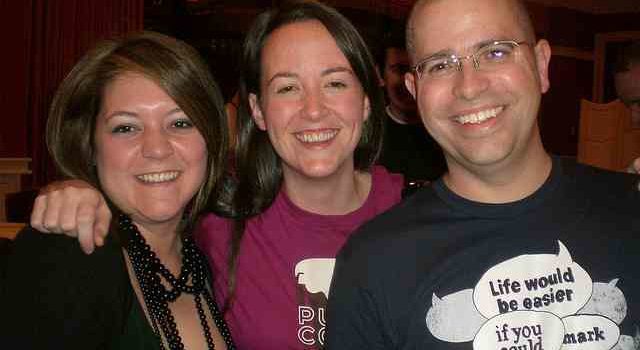 This session’s full title is: From Microdata & Schema To Rich Snippets: Markup For The Advanced SEO. It promises to get into the  hardcore code implementations of Schema, RDFa, Facebook Open Graph and more. What I think we are most interested in is case studies on how schema has impacted traffic, conversions and driven real ROI. This has been a hot topic of late with my clients so I can’t wait to hear what the speakers have to say. The audience is about 50% on using schema, but it looks like only half of that sees it in the serps, and only about 10% see a lift in traffic.

Stephan is up first talking about the basics of schema, how to set it up, and all the other kinds of introduction to rich markup topics. The first time I spoke was at SMX East back in the days of the dinosaurs, 2008 I think. *smile* I was floored to be on a panel with Stephan because I had seen him speak at the first SMX Advanced and cramped my hands typing so fast. He is truly one of the best minds in search.

First, we start off with why rich snippets are awesome, mainly because of increased click through rate. Stephan got after everyone about Google Authorship. Have you implemented it? Do it. He talks about how to do it. BONUS! Someone that spends time reading your article will get more results in the SERPS if they come back to the search page after reading.

Fun Story: Apparently Stephan’s articles were always being attributed to Eric Enge, who he loves, but a mention in Stephan’s bio meant Eric got the credit. Removing the mention fixed the problem.

First step is to markup the data (using Schema, Facebook, and/or RDFa), testing it using the Google Markup tester, and then submit a video sitemap. Stephan discusses why you sometimes don’t see video thumbnails. There isn’t a big reason other than Google testing.

Other formats: reviews and ratings, aggregate reviews, breadcrumbs, products, events, etc. The things that help influence markup showing include visibility, relevance and trust. Basically Google gets to pick based on any individual query.

He references the Google Data Highlighter which can show you what you’re showing Google, but it doesn’t help much for Bing or others. But it can be helpful when implementing markup. Sadly it’s only on a page-by-page basis and doesn’t look into the back-end of your site.

Another great tool is the Google Structured Markup Helper. This is found in Webmaster Tools and can help build the code for you, but again on a page-by-page basis.

He won’t cover Facebook mark up in-depth but he wants to bring up the Location Markup that will create a location page in Facebook for store locations that get Facebook Likes.

What do I use?

Schema is easier to understand, RDFa Lite mirrors Schema and confirms to W3C standards. He recommends this article for exploration.

He talks about lunch comas. Not feeling it yet, but I might need to hit Starbucks soon. Who wants to bring me a Venti whole milk iced latte?

Marcus has a great accent, he lives in Berlin and is from SearchMetrics. I love his image of the messy web, and totally agree. It’s time to clean it up. Google has 30 trillion pages, and most of it is crap. Schema integration can help clean up the mess. In fact, Google has been known to pull data from bigger sites like Amazon that don’t have markup, but they still show data from those sites.

We are going over the types of markup that might show in SERPs including recipes, reviews, and authors. Most of this has been covered, so he is moving on …

I want this woman’s job, she works for HGTV and all my other favorite television stations. And she said y’all. Good southerner. She is going to mainly be talking about the integration of recipe markups. Google contacted Scripps in 2010 to get them to add the hRecipe micro-formats. They started the conversation to get snippets added to their food sites. It took them about a year and a half to get it implemented on all three sites.

They already ranked well, but this helped the click through rate.

BUT this is all pre-Schema …

Early 2013 they changed to Schema. Scripps didn’t see a difference in Google, but started showing in Bing. Yahoo doesn’t show ratings and reviews only the carousel. Bing doesn’t have the image, just the reviews. Changing to Schema didn’t change their traffic as the Google traffic remained the same.

Her takeaway is that having schema doesn’t mean you will get a rich snippets in the SERPs all the time. They have implemented Schema on all their sites (not just food), including markup for TV shows and TV personalities. In video, they see Facebook markup trumping Schema in the SERPs.

Kate Morris
Kate Morris is the Director of Client Strategies with Outspoken Media. She is a well seasoned online marketer with a passion for teaching others. For the last 10+ years she has covered the paid, natural, and social sides of search.
Find out more about Kate 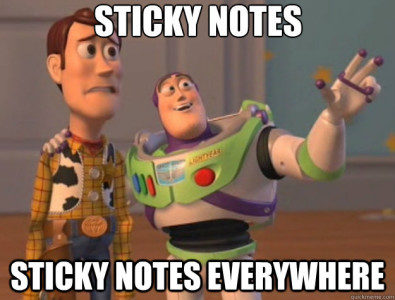