Skip to content
Home » Articles » Uncategorized » Matt Cutts: “You shouldn’t put a lot of weight on +1s just yet” 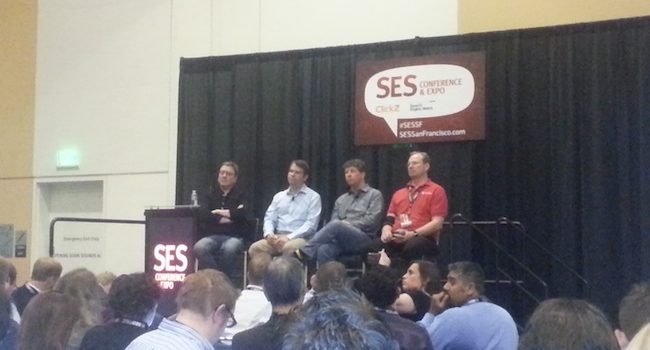 Matt Cutts: “You shouldn’t put a lot of weight on +1s just yet”

SES San Francisco is on its way for day 2 already and the organizers had a big surprise for the attendees yesterday: Matt Cutts would make a surprise visit to SES San Francisco to talk on stage and answer questions. Something Cutts doesn’t do that often outside of some SMX appearances in the past few years. On top of that Danny Sullivan and Brett Tabke were pulled on stage to participate in the talk. It also had been a while since Sullivan had been on a SES stage as well.

I live blogged the session and ‘cleaned up’ the notes below so it’s a bit more readable. The biggest things that came out of the conversation

Matt Cutts clearly is a rockstar in the SEO industry. It was interesting to see how people responded when it became clear that ‘Matt Cutts had entered the building’. People were immediately running up to him and taking his picture, he was close to handing out autographs. And after the session he couldn’t get out for a while because he needed to shake so many hands. 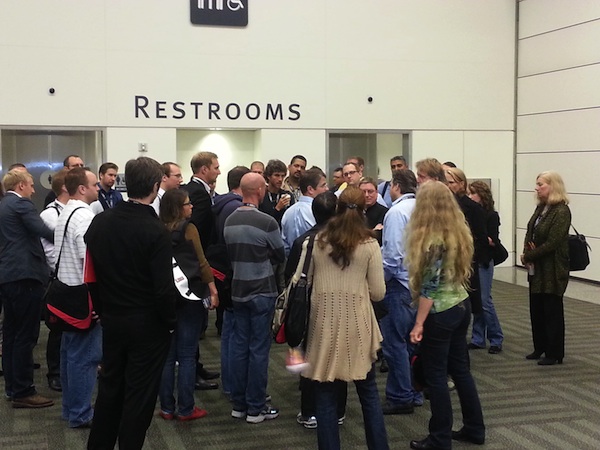 Mike Grehan and Matt Cutts started of by talking about the webspamteam. What happens if Cutts is not there? Cutts said you really want to hire people that are smarter than you are. And they have plenty at Google. There are a lot of good spam fighters at Google. They have people all over the world, from Dublin to Beijing and San Jose.

There is always a spam fighter awake…

The next topic is some new updates which Google has announced last week. He mentions the Knowledge Graph. There are 3 billion connections with ‘real world things’. What he’s saying is that it is quite suffisticated already, but also very difficult. 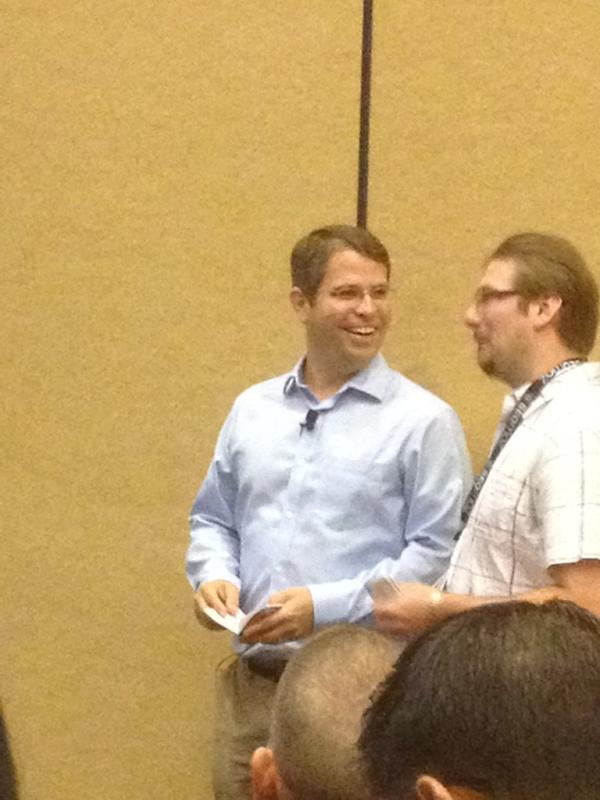 There are a lot of ‘Jason Smiths’ around. Knowledge Graph might be able to help and figure out what exactly fits your search best.

He mentions the trial of Gmail in your search results . This functionality according to Cutts is very handy. It might be scary for some people so they want people to opt-in.

One thing they launched last week is the strip above the search results.

The Google updates weren’t really news for us, these are the changes announced last week, something we talked about here as well.

While Danny Sullivan is also coming on stage, together with Brett Tabke, a novelty having the organizers of SES, SMX and Pubcon on one stage with Matt Cutts, Mike Grehan asks why Google is using all the animal names like Panda and Penguin.

Cutts explains it started with the engineer called Panda. After that they kept it with animals.

Panda and Penguin are big updates. Cutts says that Links aren’t going away. He tells about how he gets a lot of questions about the updates and that some questions from webmasters are not ‘appropriate’. He gives an example:

Cutts explains that on the search results: “We are constantly improving . And for those who think the important updates are done now, think again:

The updates are going the be jarring and julting for a while.

Google’s goal is that in the long term people will make the best possible sites they can.

Over to the Google and Twitter deal and how tweets play a role or not. They talk a little about how Google is handling Twitter now, since they don’t have access to the firehose anymore. When the Twitter deal was of Twitter blocked Google entirely for a few weeks.

He now claims that it’s a lot more difficult for Google to see how many times specific pages are shared on Twitter.

‘Can’t you see how many times a page is tweeted? I can see it, I could call you’.

Cutts answered: we can do it relatively well, but if we could crawl Twitter in the full way we can, their infastructure wouldn’t be able to handle it.

Cutts keeps referring to the real world: who is important there, it’s about people.

Google and SEO’s and Transparancy

Brett Tabke asks Cutts why are Google are being more transparent? Cutts answers because the future for Google emphasizes transparency.

He then comes back to a statement he made a few moths ago. Cutts says:

it was a mistake to say ‘You don’t want to do too much SEO’.

A question comes from the audience: Google is going from a search engine to a publisher, they’re even eating up traffic from sites like Wikipedia. How many publishers out there are going to have to fear for their lives when Google decides their niche is interesting enough to ‘take a piece’.

Cuts claims that Google is trying to find the answer to the question the user is looking for. Cutts says Wikipedia is actually happy because they want their knowledge to get out there. He therefore thinks that as a webmaster you need to look at your value ad. There is all kinds of stuff where we want to return the best information. That can be Google, but another site as well.

Tabke asks on that: I get that, but where is the line?

peoples expectations go up every day. In 2002 the results were pretty bad. The stuff people would be delighted to see 3 years ago.

The person in the audience who asked the original question followed up by asking: people are delivering that information, what will they get back from it? Google does what is right for them and for their shareholders.

Cutts replies that Google is not looking at the money but is looking at ‘is this good for the user’?

If we can get people the answers faster, they can look further from there.

That answer doesn’t really speak to Danny Sullivan who replies:

The problem is that site is not just about that, but because you decide that specific fact isn’t enough, the rest of the content isn’t getting the attention either. And it goes on and on where you take the snippets from the sites.

Cutts however keeps coming back to the value webmasters should be adding:

We need to look at the user Cutts keeps saying. But he states they are mindful for this issue.

How much information can Google give us?

Next a new question from the audience: we have seen a lot of clustering and Google Products. Is it possible that Google releases some numbers of % clicks and traffic?

“I can’t decide exactly what Google can do. What you can do is look at where clicks come from on sites. That is not perfect, it’s a sample, but its an indication. About Wikipedia: there might be a few myths because Wikipedia shows more in Bing actually.”

“Google doesn’t have access to everything on the web, its a sample problem.”

The next quote is interesting again: Google can detect if a website on the whole is a duplicator or originator. So based on the history they can give the originator the advantage.

Google can detect if a website on the whole is a duplicator or originator.

Google+ : the ones aren’t that important

Now about Google+, how important is that and how important are +1s. Cutts emphasises that Google+ plays a role, but that +1s shouldn’t be overvalued :

Cutts says Google wants websearch to be ‘Switzerland’: completely unbiased. When it was said they were promoting YouTube too much. They researched and it turned out it wasn’t.

Why all the panic about Panda?

Question: After Penguin and Panda there has been a lot of panic. What is the response on that?

We try to have incremental changes, we don’t want anybody to get caught by surprise. Sometimes we need to take action because things got out of hand. We realize that. People at least understand what we are doing. They understand its about quality content.

People are shaken by the course direction but if you want a good site and want people to come back and build the right site you won’t be affected by Penguin, so next year there will be less stress.

So this concludes the talk with Matt Cutts at SES San Francisco. We will be doing an analysis on this this week as well. 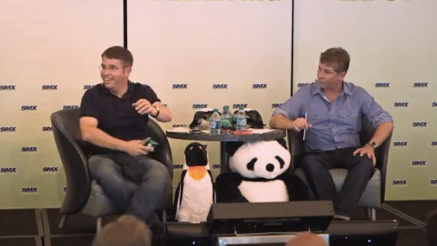 Bas van den Beld
At Advanced West Matt Cutts of Google answered questions from Danny Sullivan and the audience on a wide range of...
Read More 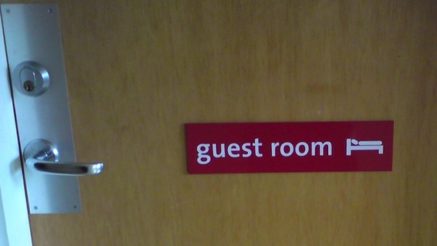 Bas van den Beld
There are signals that a new Penguin Update is coming and the signals say they might very well be targeting...
Read More

Bas van den Beld
Danny Sullivan asked a lot of questions to two Googlers who know about what is going on with the search...
Read More
Join our 9,000+ Subscribers
Receive daily, weekly or monthly updates on our latest content