Every year at SMX Advanced Matt Cutts, head of webspam at Google and probably the most ‘famous’ person in SEO, sits down for a talk with Searchengineland’s Danny Sullivan about everything that is going on in webspam. This usually is a moment in which Matt makes some announcements and opens up a little about some topics. Last year for example Matt talked about Example URLs, the NSA, mobile and Panda.

This time around Matt Cutts directly attacked people with Hummingbirds. Which seems strange and it was. But if you look at the video below around minute thirteen you will understand… 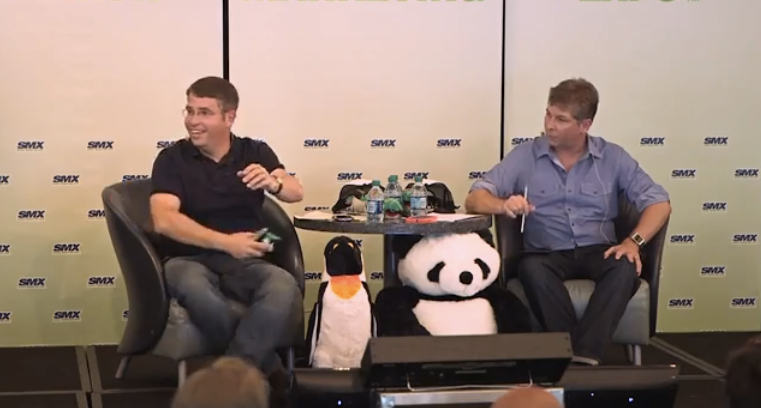 You can watch the entire talk between Danny and Matt below, and Rae Hoffman did a great write up about the talk here and Matt McGee live blogged it here, but first some highlights.

Some announcements Matt made:

Some quotes from Matt:

[Tweet “There is still milage in link building – @mattcutts at #smx”]

Cutts didn’t ‘know’ if there had been another Penguin Update and an engineer came up to him to say it was “probably time for a Penguin refresh”.

Google+ is not dead, data is not used in rankings, but searching while logged in definitely will make you see effect.

[Tweet ““I’m a big fan of the idea behind author rank”  – @mattcutts at #smx”]
Listen to and watch the entire talk:

OnCrawl
Since Google's recent announcement, the question everyone is asking is: "How can I optimize for BERT?" The short answer: you...
Read More
Join our 9,000+ Subscribers
Receive daily, weekly or monthly updates on our latest content