Jon started the Wednesday keynote with a small change. Dara Nasra was originally going to present the keynote but he was sick. Jon suggested everyone tweets Dara to wish him well. The session was then handed over to @Ollisnoddy who is the head of planning at Twitter.

Olli started talking about the origins of twitter 7 years ago and talked about how twitter started in the first place. Jack Dorsey loved couriers and the information that had about the city. Twitter aims to be the pulse of the planet.

These can be both world changing moments and anyone that has a unique comment at the right time. There are 1 billion tweets every 2.5 days which gives you an idea of the scale of Twitter. Twitter is where big news now breaks.

They studied how the tragic helicopter crash in Vauxhall broke.

He then showed an impressive visualization on how at the start individuals were the most influential but over the course of an hour were replaced by major news players as the story gained momentum.

How stories are connected

Through twitter many connections are made that would never normally have been undertaken. There is a very serious side but also a very playful side that brands can harness. Another example of this is #wenurses who are starting to influence policy through their collective efforts.

In short Twitter is the shortest distance between you and what interests you most.

In the UK 80% access Twitter on a mobile device which is the most mobile centric of any developed countries. To Twitter mobile is on the sofa, on the move, in the moment. 25% of Twitter users tweet while out shopping which is an opportunity for brands.

Olli then showed a video from XFactor and ITV was guiding the conversation through Twitter. Within 2 minutes there were 28 000 Tweets about #beerfear which was far more than the #xfactor hash tag.

Last year they saw far more TV advertising use hashtags. In the superbowl this year 80% of all ads had the hashtag in them. He then showed several UK ads that used it to great effect to guide the conversation about the brands.

140 characters was a limitation but now they embrace it and it’s at the core of their principle of constrained publishing. His example of Felix Baumgartner tweeting the picture before jumping illustrates the power of constrained publishing. Oreo also had a tweet out saying you can still dunk in the dark within 2 minutes of the power outage during the Superbowl got more than 15000 RTs.

He then showed the activity of Paddy Power to promote their brand using real time opportunities. O2 was also highlighted in some great customer responses during their recent network outages. Crises can be great opportunities to turn customer service into marketing opportunities.

Adidas used great hashtag uniformity around the Olympics to extend the value of all the media that they bought with #takethestage. Once people won they changed the hashtag to #stagetaken. This got a great deal of positive press throughout the event. They tied into conversation marketing by pulling in their advocates to respond to particular questions they couldn’t answer.

He also shared an example of Nissan leaf to educate the market about how much cheaper electric cars are than petrol powered cars. They used Twitter to get people to book cabs through twitter and tweet the amount it cost for the trip. That acted as an aplifieir for the savings message.

It was a great session to see what brands can do through Twitter to engage with their customers and create conversations. 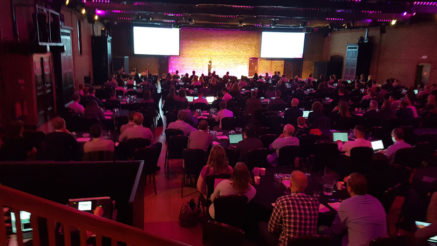 Gianpaolo Lorusso
Here are the most important highlights from the first day of HeroConf London (the European date of the largest PPC...
Read More 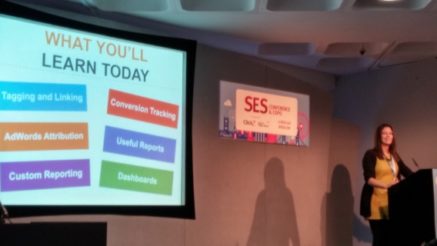 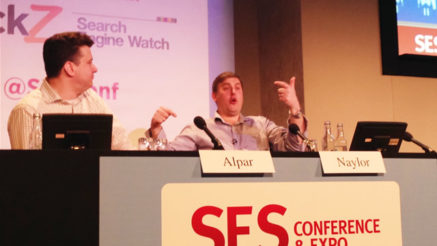 Polly Pospelova
Polly Pospelova shares with us some great take-aways from the session "How to Become a Leading SEO Mechanic" on day...
Read More
Join our 9,000+ Subscribers
Receive daily, weekly or monthly updates on our latest content