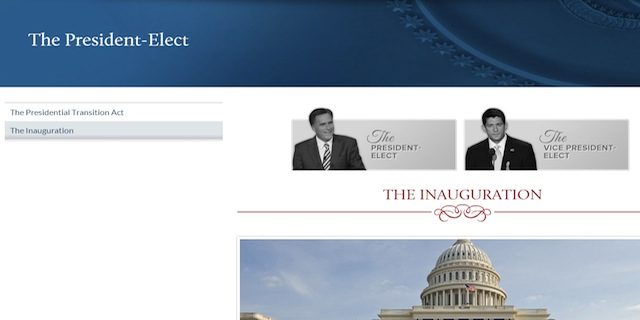 Nothing stays hidden anymore in this digital era. If it isn’t someone blogging about you or putting your picture up on Facebook, it’s you yourself who misplaces a direct message on Twitter or who forgets to take something down.

Mitt Romney, who lost the US elections to Barack Obama this week, has experienced this a few times already in the short period of time he has been running for President of the United States. There was the ‘unfortunate’ coincidence where a search for “completely wrong” triggered images from Romney and now the people who built the transition website that should go online when he was elected accidentally put the site live, and as you know he was not elected… On top of that Google’s caught it.

It is a classic mistake which has been made here. Well, two mistakes actually. First of all there is the setting the site live while it shouldn’t have gone live, or better said: testing it on a live domain. The second one is preventing Google from finding the domain and the content.

The makers of the site, a small company called SolutionStreamin Utah, had built the site in a very short amount of time. They told the Huffington Post it was a “tiny project” which they “were able to throw it together in a day and a half,”. The mistake they made was to put it on a server which was reachable for everyone. And thus people from the Political website politicalwire.com were able to grab some screenshots of the site which would have been the presidential site of Mitt Romney: 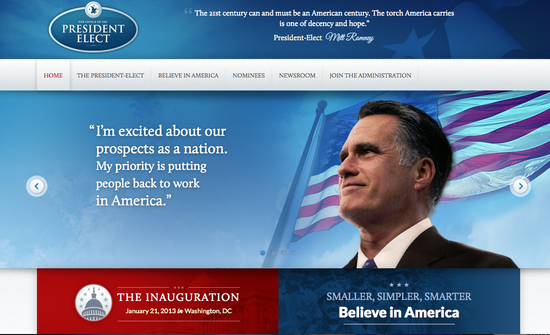 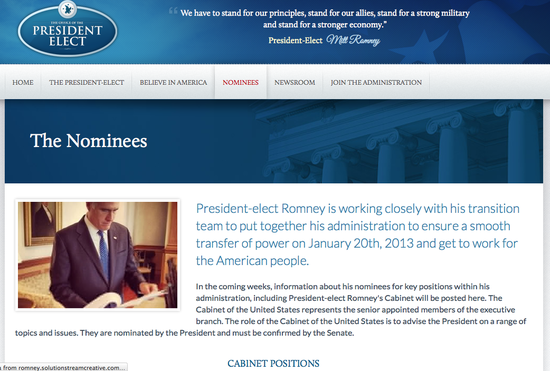 Google got it as well

Now the site was taken off the server relatively quick, but that damage was done already and you can see several sites around the web now reporting on it (including us 😉 ). But they made another mistake, one which is closer to the profession and interest of our readers: they forgot to block Google.

If you do a search for some of the sentences used on the site you will find that the site is ranking in Google: 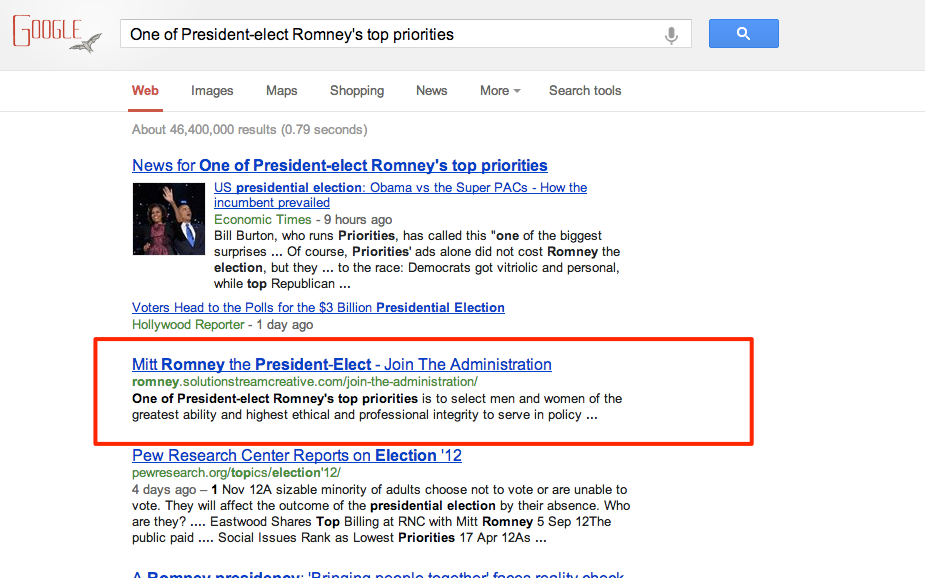 And if you do a search in the Google Cache (cache:http://romney.solutionstreamcreative.com/) you will also find that the site, though less attractive looking, is still in Google’s cache: 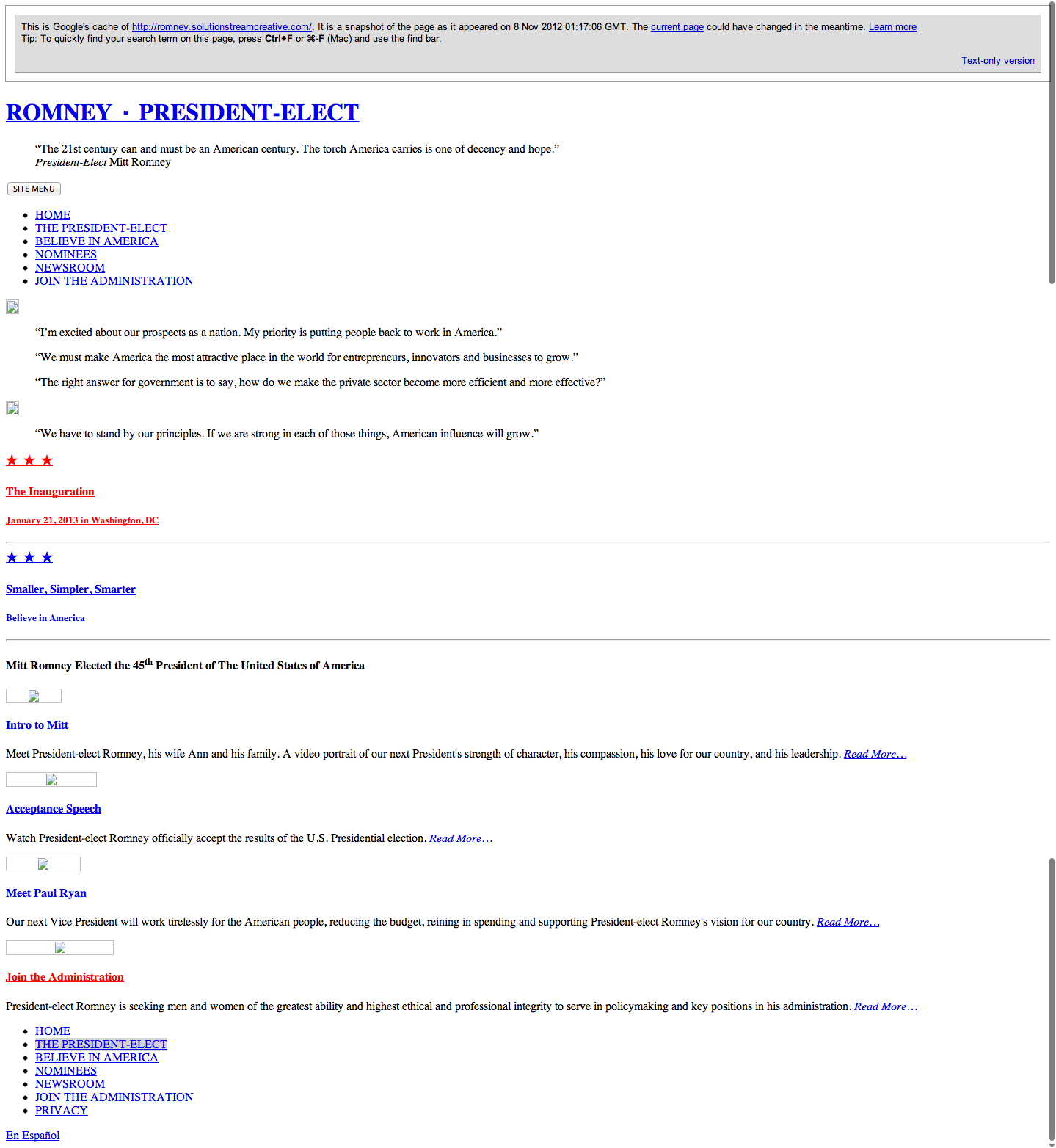 The company building the site clearly forgot to block search engines from the server. Now these results will probably disappear over time, but there are lessons to be learned.

I think that anyone who has ever been involved in building websites or search engine optimisation has run into this issue and has made one of these mistakes. Let’s be honest: we have done it ourselves plenty of times. There are always a few things you need to think off when building a site which is supposed to go live at a certain point but which no-one can actually ‘see’ until then:

Any experience on this matter you want to share? Drop them in the comments below!