A few years ago we saw something what is called “a Google Bomb” when a search for ‘miserable failure’ showed George Bush’ presidential whitehouse.gov page as the first result.

Now his potential successor at Republican President of the United States, has a similar problem. Type in “completely wrong” in Google Images and the result is a page full of… Mitt Romney. 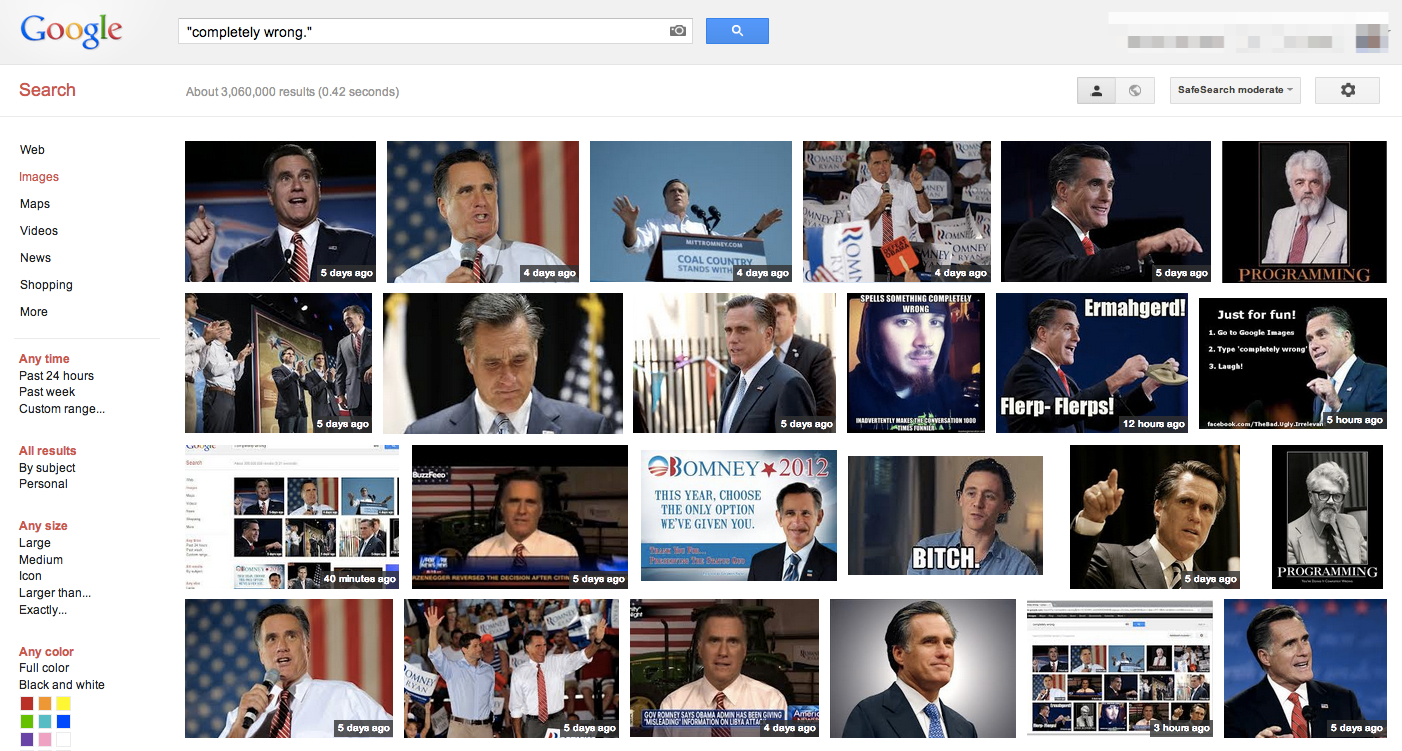 Don’t worry, Romney is perfectly allright, he doesn’t ‘feel’ anything of this bombing, but his campaign team  might not be too pleased with this. This seems to be caused by a ‘Google bomb’ in which many links with the same keyword are directed to one place. But in fact it is more likely that this isn’t a prank but entirely self-inflicted because many news sites wrote about his retraction of the ’47 percent’ comments in which he was… ‘completely wrong’.

That also means, this is not going away soon

Back in 2006 we were witnesses of the most famous ‘Google Bomb’. Back then George Bush was the victim. A search for ‘miserable failure’ showed as the first result the biography page of George Bush on the whitehouse.gov site. This was caused by many sites (mainly bloggers) pointing towards that page with the phrase ‘miserable failure’ which made Google ‘believe’ that the page was important for that term. 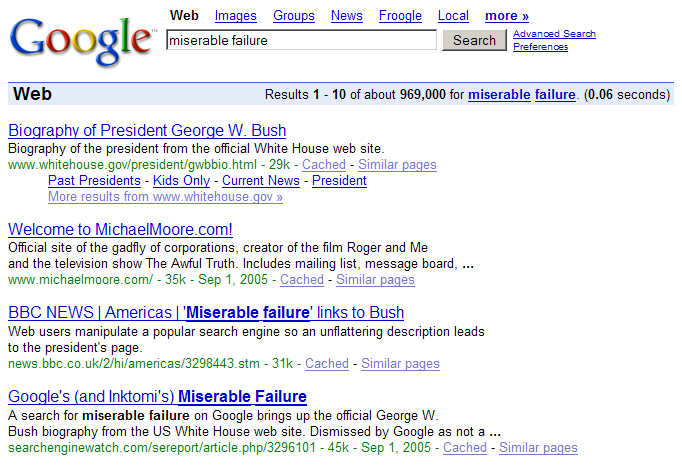 Google made an algorithmic change to prevent this from happening again in January 2007. Since then it only occasionally happens.

In this case as said chances are big it is NOT an actual Google Bomb but based on the fact that many sites wrote about Romney using these words and attaching images to it. So in this case, Romney did it himself.