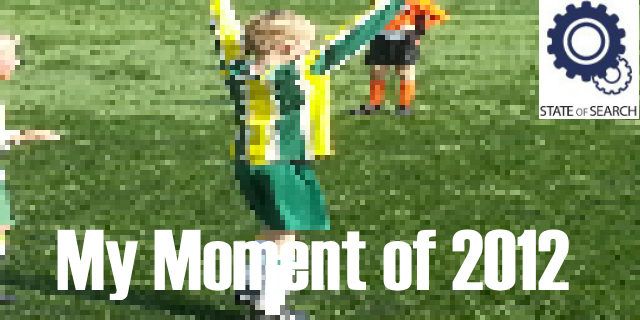 2012 is almost over and in the past week we have been looking back at the year. With a great post from Hannah and there were of course the posts with the 2012 moments of friends.

Find several posts with special moments of 2012 from our friends in the industry here.

But on the last day of the year there is one group of people we cannot leave out of this series. It is the group of people which I personally cherish very much. Because they are the ones creating all the great content for you. So please take your time (in this post and the one to come later today) to read what the best moments of these great people are.

We had the first part of the moments of the bloggers this morning, but with so many bloggers on board these days we need another post!

And while you’re at it, one important thing: PLEASE THANK THEM. Next to the moments you can find a small thumbnail saying “Thank you”. Click on it and you can tweet out a thank you to the blogger. SHOW THEM YOU APPRECIATE WHAT THEY DO FOR YOU!

Jo Turnbull: “I was really pleased to join the State of Search blogging team this year and take part in the first State of Search Euro Roadshow where I met 16 SEOs all over Europe. I was also happy to cover SMX East and meet SEOs while I was in the US. When I returned, it was fantastic to be invited to the UK Search Awards and interview the winners from the event. Another top moment for me was my post “Brighton SEO – September 2012 Round Up” being the 3rd out of the top 10 most shared posts in September.

A highlight from 2012 was growing my Search London meetup group from 590 in January 2012 to 1117 people by mid December 2012. Speakers have initiated contacted with me asking to present at the event, including well known professionals working at Google which shows they have heard of Search London and want to be involved. Over the past couple of months, I have built a Search London organising team to help run the meetup group as the number of members has nearly doubled in 2012..”

Annabel Hodges: “2012 has been a crazy year for me, as I moved to the other side of the world. I can barely remember back to January 2012 as so much as happened! I’ve only been over in Oz for a few months so still figuring out which way is up! The gut instinct that comes to me when I think of my moment would actually be more based in the UK – it was watching the team at OMD, in particular the juniors, truly grow and come to work and speak with confidence about search and social. I remember some of the team joining as SEO babies, with no knowledge or understanding of the world they were stepping into. These days they are undertaking work and providing recommendations like it ain’t no thing. It’s great to see education and trust grow so much.

Having been in the search world for a number of years, I sometimes feel a little old and jaded. I love to be reminded of the core of our work: simple exciting wins, updates and learnings – it helps keep me interested in what I do. Seeing juniors learn, hearing people sound confident and interested – and actually have a positive impact on a bottom line – well hell, that’s worth it!”

Jeroen van Eck: “After 3,5 years working at the semi-local online marketing agency E-difference I switched jobs to work for one of the larger Dutch full service internet agencies, eFocus. I was asked for a position as online marketeer for a new location they opened this year. This step was exactly what I needed for my own development. After working for mainly SMB clients, I’m now working for some of the larger Dutch companies, where I can explore more of the possibilities online marketing has to offer. But the most inspiring for me are not just the new clients, but mainly the new inspiring environment I entered. I’m now working with more people with different specialisms, with more experienced people and with people with differing views. A perfect environment for me to develop even further and even faster.”

Clarissa Sajbl: “It’s that time of the year – where we take a back seat and reflect on the year 2012’s happenings – and ‘oh boy’ it’s been quite a year. I personally had a very exciting start into the year 2012 as I joined Linkdex’s marketing team therefore marking my move into the search industry Jand I haven’t looked back once since.

My responsibilities include looking after and handling tradeshows as a result I found myself in the middle of the Big Apple (only 2 months after I’ve started my new job) with our senior management team covering and working the floor at SES New York!  Honestly, it all felt a bit like a fairy tale. As you can imagine everything was still pretty new and overwhelming with a new job, new work colleagues, and a lot of information to take in – finding common grounds. 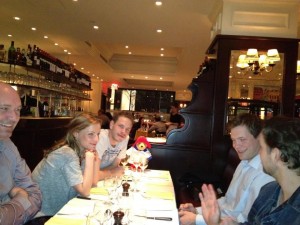 Our hard work was generously rewarded – as the Linkdex team and Bas headed out for a lovely dinner at “L’entrecote” where I found myself indulging in Steak Frites with some of the industry’s  finest but more importantly nicest and kindest. It was there that I’ve met Bas properly for the first time – marking the beginning of a friendship. The beauty of that evening was that suddenly work didn’t feel like work at all BUT far more like a nice evening out with friends indulging in delicious food drinking lovely red wine and chatting the night away :). What else could one wish for?

The magic didn’t end there though as it was only on the next day that Bas approached me and asked me to join the State of Search blogging team and oh ‘YES’ was I in! In retrospective it’s been an absolute amazing year during which I’ve met some amazing people, shared a lot of laughter, travelled the world from London to New York and San Francisco and most importantly I was warmly welcomed by the industry. Thanks for making all of this possible – I count myself as a very lucky girl!”

Nichola Stott: “Outstanding moment of 2012 for us, was winning the Wirehive 100 One to Watch Award, which was open to digital agencies of four years or younger who had shown to be consistently punching above their weight in terms of client wins and industry reputation.”

Gemma Birch: “It sounds a bit sycophantic but it would have to be being asked to join the State of Search blogging team. For me, it was confirmation that I do actually have something to contribute to the industry and that I have learnt something(s) over the past few years. Launching Webcertain’s International SEO School in Barcelona was pretty exciting too.”

James Murray: ” For me the best moment of 2012 has to be the Olympics. As someone who lives and works in London I had my fair share of scepticism before the Games, but any doubts were swiftly eradicated once London 2012 got underway. London was a noticeably bouncier and more positive place to be during the Olympics and it was a fantastic event to be caught up in.

One of the slogans of London 2012 was “inspire a generation” with an aim to encourage more young people to take up sport. From an online perspective it was fascinating to see visits to bike and cycle shops increase by 13% following the success of the GB Team in the velodrome and visits to gym websites increase by 10%. This seemed a fitting tribute to the end of a great Olympics.”

Aleyda Solis: “One is the best speaking experience I’ve had so far, to be able to participate at MozCon this year with an amazing audience in a great environment and the other is to start working at SEER Interactive with an amazing team that has welcome me from the start and it’s already being a great professional experience.”

Sam Crocker: “2012 all told has been a really exciting year for me. I’ve had some really amazing personal and professional moments this year but to save myself any #humblebrag moments I’ll focus on the personal. For me the big moment of 2012 had to be getting engaged. It was quite a whirlwind getting the ring sorted, planning the moment, flying all over the place to make things happen and ultimately popping the big question. I’ve never been more nervous in my life but was relieved and thrilled that she said yes.”

Paul Rogers: “My ‘moment’ of 2012 was when, after one of the first iterations of the Google penguin update, a client that we’d been working with for a while moved from number four to number one for their main generic target term. We were building links through pitching and distributing content and research pieces, but were struggling to move ahead of a number of competitors, who were all targeting spammy artificial editorial links. On this day each of these competitors moved down and a couple of them dropped out of the top 10, which was great to see and it underlined the value of the work we were doing to the client.

We also launched the first responsive Magento website earlier this year which was a big highlight for GPMD as an agency.”

Ned Poulter: “2012 was a great year for me. In a professional sense it has been a very busy year, new exciting clients to work with and many many obstacles to overcome; SEO has a tendency to do this, which is one of the reasons why I love it so much. There has been a shift in focus on what provides success for my clients with discussion about content taking up an even bigger space, video, local and mobile being major areas of focus; some even with their own budgets.

I’ve attended some great conferences (ThinkVis, BrightonSEO, SASCon, The Content Marketing Show, A4U, Conversion Conference) and met a huge amount of great and inspiring people. Personally my ‘moment’ for 2012 was being invited on board as a blogger for State of Search, cheesy as it may sound it’s absolutely fantastic to be a part of such a great team and a pleasure to be involved in one of biggest and best SEO blogs in the world!”

Carla Marshall: “I guess 2012 was the year that I found my niche within the industry – I love all aspects of SEO but Video SEO is the thing that really fires me up as I think we haven’t even begun to understand the impact video content is going to have. VSEO lled to my first conference talk at ThinkVis which was hugely enjoyable if knee knockingly scary. I have also been lucky enough to get to work closely with Mark Robertson, the expert in this field, as his new Director of SEO at reelseo.com.”

See part one of the blogger moments of 2012 here. 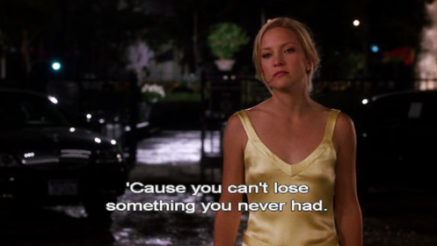