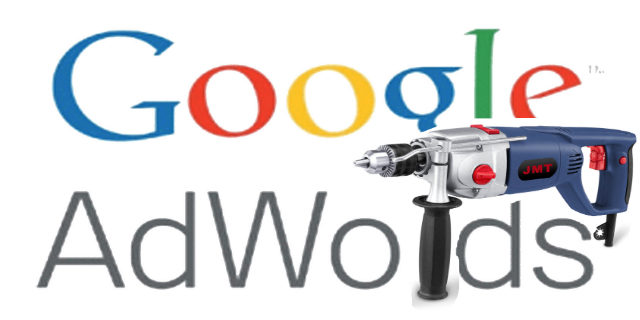 This week Google announced a new Adwords update which will presumably have a big impact for the advertisers using Google as their main platform. With the new update Google says managing campaigns should become a lot simpler.

But there is more to it than meets the eye. It could implicate a lot of more work from advertisers to turn back the things Google asked them to do last year and next to that it might not always have the result you would think it has.

There are several articles written about the “New Adwords” already (see for some links the end of the post) so I won’t go too much into detail here. Let’s start with the video that Google released:

Basically Google wants to be even more relevant than it is now and it wants to help the advertiser to get more relevant. You could say they are taking a step closer towards Facebook’s way of advertising.

Google itself says there are a few key features to the change:

1. Powerful marketing tools for the multi-device world: you can manage your bids across devices, locations, time of day and more

2. Smarter ads optimized for varying user contexts: show ads across devices with the right ad text, sitelink, app or extension, without having to edit each campaign

The message is: Google wants to make life easier on the advertiser and thus they make a change which is as they say themselves ‘the biggest in five years’.

But wait, hasn’t Google been saying something else?

It all sounds good. Making life easier for advertisers. But somethings are overlooked so it seems. Because hasn’t Google been pushing agencies and other users to split their campaigns out into mobile, tablet and desktop?

What they are doing now is actually telling the advertisers: don’t bother with that, we are going to do that for you. After all, now you only need just a single campaign which you then can split up when its running, whenever you want, wherever you want? This means extra work for the agencies.

What the experts say

We’ve asked a couple of experts their opinions on the new release as well as the fact that they seem to have been doing too much work in the last year-and-a-half which now has to be undone again.

This news has caused a huge shake up for AdWords users over the past 18 hours!

In a nutshell, if you were lucky enough not to have split your campaigns out in the past and you know what you are doing when it comes to managing a PPC campaign, this update could benefit you. Those of us who have invested time splitting out campaigns to target desktop, mobile and tablet separately will not be best pleased by this news as all the previous work now needs to be undone. Campaigns that had been split out need to be migrated back into one. AdWords have spent over a year pushing the importance of advertisers creating separate campaigns and now the reverse is happening. Once all the campaigns have been migrated, I can see that there could be some benefits from this update but for me, that is a long way off yet due to the amount of additional work now involved in migrating the campaigns and managing all the new settings that are needed.

If you are a complete novice when it comes to setting up and managing a PPC campaign, you are set to lose out on more money than you would have before as the default settings are to run campaigns on desktop, mobile and tablet devices. It is more important than ever to have a website that renders on a mobile to keep wasted spend down.

On a positive note, there are definitely elements of this update that I really do like and can start using for new campaigns now, including:

Anyway, back to work to get the campaigns migrated using the 32 page document that has been provided to us 😉

“The move has pros and cons for advertisers and agencies. On the plus side, this makes mobile campaigns a lot easier to setup and manage. This will be particularly helpful for smaller businesses who haven’t necessarily had the resource to separate and build out search campaigns in the mobile channel. However, those companies who had already separated out mobile and desktop campaigns, will now have less visibility and control over their mobile campaigns. For example one of our clients, who’s a car manufacturer, found that one of their high-end cars was performing particularly well on tablets due to the more affluent audience. As such they boosted bids and focused on tablets with that car. The new Adwords setup won’t allow for this as tablets and desktops will be treated the same. So, I think overall those advertisers who had separated campaigns will lose out, but those that hadn’t are the winners. Small businesses, particularly those with local and regional targeting requirements are the biggest winners.”

“Agencies and advertisers have gone to exhaustive lengths (I know we have) to split out campaigns into a very granular structure, and then suddenly we are told to do the opposite, with limited guidance thus far. The detail will emerge in the coming days to help us to understand the implications.

The effort required to transition to the new campaign structure is yet to be understood. Google have spoken lightly about tools being made available to assist in this.”

“We agree that the end result should be about providing a valuable experience for the consumer, and we strive to make sure that this is as compelling and relevant as possible. Our experience tells us that consumers do behave differently on different devices and therefore (want and) require a different form of engagement. Which is why targeting by device has been such a key feature of all modern Paid Search campaigns. Currently, we are yet to understand whether this new platform will enable us to be as effective, if not more so, in engaging with our clients.”

As you can see opinions differ on the new features:

So the ‘new’ Adwords could go either way. It seems easier and more focussed, but is it really? And does it cause agencies more headaches? What do you think?