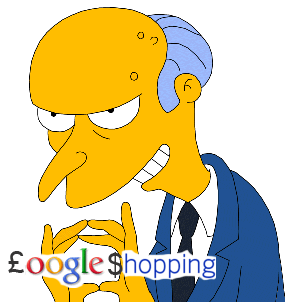 Whether you call it Google Products, Google Shopping or Froogle (yeh I forgot they called it that before, too) things are about to change in a BIG way, again! Google has always been seen as a level playing field where small and huge companies alike could compete on equal terms. Google Products (that’s what I’ve always called it) was a big part of creating this level playing field and was a fantastic free service that allowed retailers of all sizes to display their products in the organic SERPs. It was another reason that we all fell in love with Google – they helped David fight Goliath. It didn’t matter that you didn’t have a ‘Nike’ sized search budget because results were driven on the basis of relevance and quality – things we could all control with good content and a solid search strategy. In fact, Google’s early “shopping” system allowed retailers to sell their products online even if they didn’t have a website. It was an all-inclusive service that was available to everybody, at zero cost. It was perfect, it was progressive and despite being quite difficult to use, retailers loved it.

However, Google have recently announced that, in the interest of the user (surprise, surprise), they are going to start charging for their newly named ‘Google Shopping’ service. It will be a paid inclusion service that they say will improve the quality of shopping results in their SERPs. It’s worth noting that this isn’t a paid system which guarantees top level positions, it simply guarantees that you won’t be listed at all, unless you pay. Whatever happened to helping the little guy? Whatever happened to doing things ‘for the good of mankind?’

“We believe that having a commercial relationship with merchants will encourage them to keep their product information fresh and up to date. Higher quality data—whether it’s accurate prices, the latest offers or product availability—should mean better shopping results for users, which in turn should create higher quality traffic for merchants.” Google 2012

What really bothers me most about Google’s ‘sudden’ change of tact is that it seems all of their talk about doing the ‘right’ thing was a load of rubbish, a mirage to get us onboard whilst covering up their real plans to make as much money as humanely possible. I accept that they want to make money – they’re a business at the end of the day, but it bothers me that they are so sly about it. They told us not to be ‘evil’ and to do the ‘right’ thing, and somehow we assumed they would do the same – but why? The more I think about it, the more obvious it becomes that we trust Google, simply because they tell us we should. If we thought for ourselves and judged them on what they actually do, as opposed to what they say they do, well, we may feel differently about working with them.

As well as all the jibba-jabba, Google previously dismissed paid inclusion as though it were the work of the Devil. They told us that by avoiding paid inclusion, the user was provided with more relevant, unbiased results. But don’t just take my word for it, read what Google said back when they discussed their ‘Froogle’ shopping service (which became ‘Google Product Search’ and is now becoming ‘Google Shopping’) –

“Froogle enables people to easily find products for sale online. By focusing entirely on product search, Froogle applies the power of our search technology to a very specific task—locating stores that sell the items users seek and pointing them directly to the web sites where they can shop. Froogle users can sort results by price, specify a desired price range and view product photos. Froogle accepts data feeds directly from merchants to ensure that product information is up-to-date and accurate. Most online merchants are also automatically included in Froogle’s index of shopping sites. Because we do not charge merchants for inclusion in Froogle, our users can browse product categories or conduct product searches with confidence that the results we provide are relevant and unbiased.” Google 2004

Fundamentally, Google told us that the Froogle shopping service was superior because they did not charge the merchants for the service. A few years down the line and they’re trying to tell us that the service will improve if they start charging merchants. What the hell are we supposed to believe? What are they going to start charging for next? Google Places has recently merged with Google+ and it seems like the most obvious service for Google to monetise next. But why stop there? Perhaps they will monetise the entire first page and leave the rest for organic. At this point I wouldn’t put anything past them! 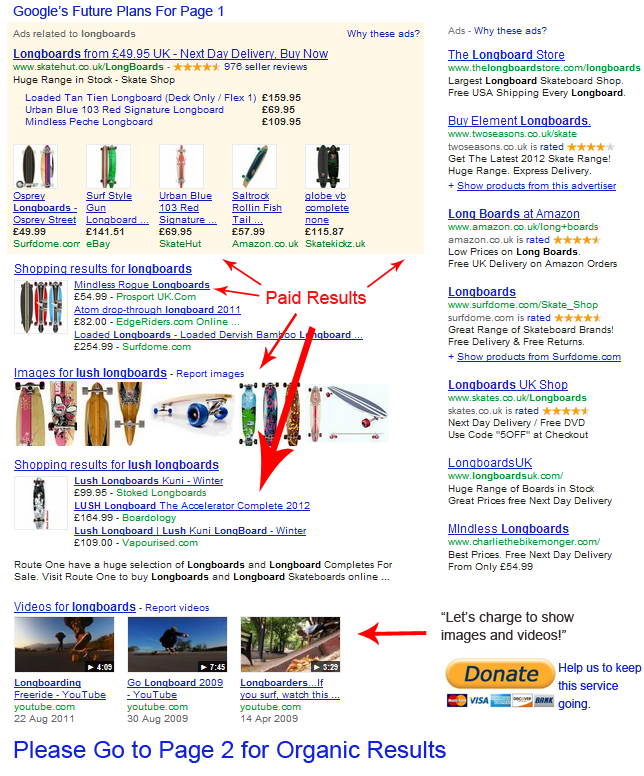 I’ll try not to be cynical for a moment; surely there are some benefits to this massive change? If what Google are saying is true we can expect the involvement of money to apply some positive pressure on marketers to improve their data feeds and provide better, more up-to-date information. Personally, I think if they made the system easier to use, users would automatically keep the data in better-working-order. They don’t need to start charging in order to get better data!

Saying that, with money being involved in the service, hopefully Google will be able to provide users with a better level of control over the performance of their products, and to focus on the products they want to push most. What could happen, however, is that retailers will look for the next best free service and focus their attentions there instead. Will people turn to social media instead or will they turn to Bing? After all, they still offer the same service – 100% FREE!