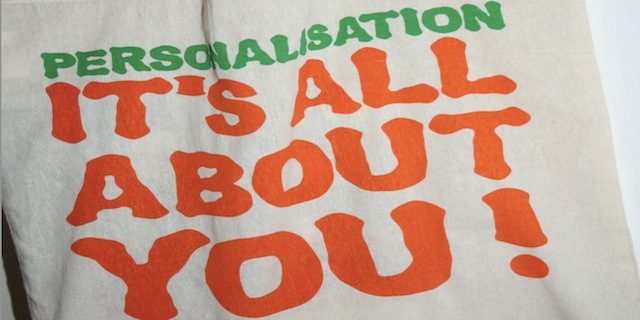 Past and Future: I’m an old man now, you better listen

Today I turn 40. Now that is an age on which most men go out and buy that fast motorcycle or the convertible car which makes them feel like they are 21, even though at the age of 21 hardly anyone can afford a car like that. Now this mid life crisis behaviour of course is triggered because a man feels he is about halfway through his life and he is now part of the ‘old’ people. It’s because it is a time of looking back and looking forward. What have I reached and what is there to reach?

I have not bought a motorcycle. I have not bought a car. But of course, I reached the ‘dreadful 40 age’, I have looked back and forward. And I wanted to share (part ;-)) of that with you, the part which is about what I do: online marketing, search, social, speaking and State of Search of course. Things are changing and we all need to be aware of that and act on it. And remember: I’m an old man now, you better listen to what I have to say.

Let’s start a little by looking back. As you might know (if you’ve seen me speak, you will know this) I studied history. And when I was in college, the web wasn’t there yet, at least not in the consumer way it is now, and our industry was something nobody had ever thought off. I even remember getting one of the first e-mail addresses, it was a long number and I could only e-mail to other students with it. Which we did, sitting across the room from each other, sending meaningless updates and asking people when we could go in to the bar. To be honest, many people still do that on conference only now they are using Facebook, Twitter or Whatsapp.

Now studying history seems a far way from what I am doing now. And if you would simply look at facts you might be right, but the two are closer connected than you would think. The history study is about connecting dots, about understanding why things are happening and not just taking the things you see for granted or consider them as truth. And there is a close connection to humans, to understanding why they do certain things.

And that is what I am doing now: analysing changes, looking at what is happening and why and based on that reporting and defining a strategy. And there is a lot more which history gives us, like examples of how we’ve always been doing search and social, just more in an ‘offline mode’.

For me personally there is another interesting element to looking back. If you would take a look into my personal diary which I held when I was about 9 or 10 years old you would find a page on which I described what I wanted to be when I would grow up: I wanted to become a professional football player (failed on that) or I wanted to become a writer and journalist. I wanted to also be a commentator on the radio, preferably for football matches, but ok.

In the years after I was constantly making magazines, paper ones (remember those? 😉 ). Purely for friends. I made the school paper and a magazine all about my football team. Just for fun. I even did that in college for friends, while studying to be a history teacher (I have a degree to teach history, but never did that as a job).

Just after college I started working for a research company, which is where I first ‘really’ got in touch with the internet, and not soon after I had my first internet connection at home. After a few years of working there I wanted to get into that ‘Internet thing’ and went to work at a startup (though the name ‘startup’ wasn’t used in those days) in Amsterdam, building websites. I made a career for myself there doing a tiny bit of programming but mostly project management and account management. Being a journalist at that point was far away.

When I started working on my own slowly things were falling together. I loved the Internet, blogging (at Searchcowboys at first later State of Search) got me back into the writing game and slowly but surely I started to connect all my talents and things I wanted as a child together. It took me a few years, but now I am running a successful blog (the best in Europe!) which is kind of being a journalist (in a way), I was on the radio and another talent which was given to me by my dad, teaching and speaking, is used very much. It’s what I do most actually :-).

So at my 40th I am doing the things I wanted to do as a kid and combining my talents. It might not be in the industry I was aiming for back then (sports) but I’m doing it anyway: it is a perfect circle!

What am I going to do?

So I’ve reached the age of 40 and I’ve reached what I wanted to accomplish when I was a child. Now there are ingredients right there for a mid life crisis. After all, what is there left to do?

In the past few months I have been working on plans for the future. I still haven’t published that book I always wanted to write so that will be coming, and it will combine all the elements I’ve been writing about above, from history to how humans work to online.

But as important there is speaking, training and State of Search. The three will be combined more and more. State of Search is about to see some changes which will direct the site more into the educational part. I won’t spill too much on it now, but I believe that education in our industry is vital. And not just for those already in the business, but also for those outside of the business and growing up to get into online marketing.

The editorial team which is now in place is the first step towards more greatness. We are far from done with winning the European Search Awards, we want more! And we are going to give you more.

Where is the industry going?

Finally I want to shine some light on where I think the industry is going. After all I am putting this on State of Search, not a personal blog :-). And to do that I should first determine what we mean by ‘the industry’. Because if most of us (readers of State of Search) talk about ‘the industry’, we mean search. And maybe a little bit of social media.

If I’ve learned one thing over the years is that search should not be seen as a stand alone industry. Search is everywhere, has been everywhere and will be everywhere. And it is also very connected to other industries. So much that you shouldn’t see it as a separate industry. (Online) Marketing holds many different industries together which cannot work apart from each other. Search needs conversion, Social needs search and e-mail, affiliate, content marketing, brand marketing and name all the other elements of (online) marketing, they all need to be connected. Merged even.

Which is why I feel it is very important that as marketers we should look at trying to merge all of these as much as possible. Not just ‘do our thing’ and wait and see what happens, but integrate from the start.

It is not a vision which is just mine, ‘Inbound Marketing’ is a term which you hear a lot, and it has elements of this in it as well. The same goes for content marketing. In the end we are now just trying to find terms for what we all should be doing: integrating all marketing channels.

A large role in the future of online marketing is the past. It may sound weird, but I think that for about half a century we have lost touch with the human side of marketing. We have been trying to send out our message to as many people as possible using mass media, hoping that somebody would pick up what we are saying. While in fact we as humans are much more likely to actually hear a message when it is personalised and even better, brought to us by someone we know and trust.

So personalisation of search, what Google is doing, and social (Facebook, Google+), is a much more logical way of doing marketing than the ‘old fashioned’ spread the message through as much channels as possible. I even believe that Twitter is part of the ‘old’ way of marketing, one of the reasons they are having a hard time monetizing.

Things will have to go more personal. And much closer to who we as people are. That is the biggest challenge for ‘the industry’ I believe: stepping away from mass media marketing onto personal marketing, which is much more than ‘listening to clients’.

And this transformation is only just starting. The next ‘bubble’ that will burst will divide those who understand that and those who don’t. Which is why integration of channels, personalisation and understanding the audience is so important. And you better start working on that now if you aren’t already.

“But most of us are already doing that” you might say. Well maybe, there are some who really are doing this. But from all my training sessions and speaking to and consulting with different kinds of businesses I can see that there are still many many businesses who don’t understand this yet. And the ‘industry’, those who (say they do) understand should be the ones helping the ones who don’t do that yet.

I know I am going to. If it’s for another 40 years, I don’t know. But I am going to work hard on just that. And you better listen to me, I’m old man now, you need to treat me with respect and listen to what I have to say ;-).