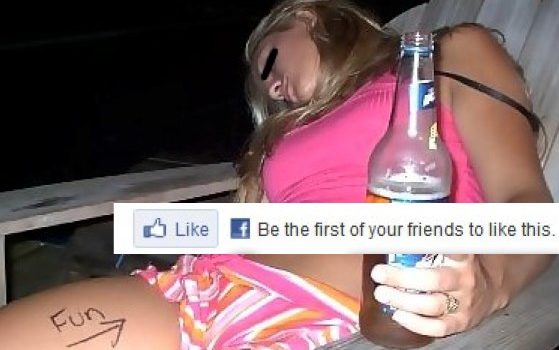 Last week Facebook announced their new ‘Like’ feature, which is supposed to make the web even a bit more social. But this likable feature, which without a doubt will generate even more traffic for some sites, also raises some privacy questions. The service connects different sites and makes surfing probably more pleasant but in the meanwhile gathers a lot of information on what you are doing on the web.

Everybody has got their eyes on Google when it comes to privacy but Facebook might very well be a bigger threat. I explained last week how the “Like” functionality connects all the dots and has Facebook ‘control’ you over different sites. With Facebook however there is another big problem: you never know what they’re up to. They change their privacy rules once in a while, which makes it difficult to keep track of what they are doing. The new way is opt-out, both with Facebook as with Google, which means that you are automatically ‘sentenced’ to join in. And if you don’t know that you can or don’t know how to opt out you have a problem. Sounds big. But do we really care?

Do we really care?

The big question off course is, do we really care about our privacy? Google CEO Eric Schmidt got the industry on their feet when he said that if you have something to hide you probably shouldn’t put it on the web and shouldn’t have done that in the first place.

This remark off course wasn’t one of the best remarks you could be making as the CEO of a company like Google, but in a way he was also right, we are putting stuff on the web we don’t want there. And we are the ones responsible for that, not Google or Facebook. As long as your friends keep your information private you are protected somewhat.

HOWEVER. The problem lies in what we know and don’t know. Most of the readers of State of Search will be knowledgeable about the web. They know that Google is collecting data, they know that if you put up a picture on Facebook of you drunk at a college party that will most probably haunt you for a long time. But most people don’t know. They just put up the pictures because they think its funny. And before you know it, they are posting pictures of other people being drunk, which takes away your control. Or because you forget to log out of your school computer another student makes changes to your account which can have devastating consequences.

Most people probably won’t even think about these consequences. The thing is that we don’t care about our privacy that much, as long as we can control it. But with the new Facebook features, with Google storing data and with other social media services now also spreading information it is becoming harder and harder to keep control over the information which is spread. People just don’t realize it that well.

We should be very aware of WHAT we are sending out there. In the video below a lawyer explains it very well. You could be in a mall discussing a private matter with your mother, but still people can overhear you.

As for Facebook and Google: they should not look away from the issue, but should be leading the way in helping those who don’t know realize what they are publishing. The new Facebook rules actually made Googlers leave Facebook, an astonishing move by employees of a company which is doing almost the similar kind of thing. What kind of message is that sending out?

Google once made a “drunk” button in Gmail which allows you to pull back an e-mail after you sent it. Maybe the both giants should think of a way they can remind anybody who puts up a drunk picture they probably shouldn’t be doing that…

Meanwhile, if you really want to ‘opt out’ of Facebook, check the second video below.