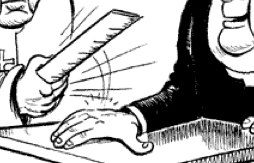 Is the web closing around Google or is Google closing the web? You can ask that question based on the developments around “Search Plus Your World” the past few days. Many are unhappy with the changes Google has made. Most of who are unhappy however seem to be competitors although users also have stated their concerns.

Now a new group has been added to those disapproving of Google’s new way of showing the search results. Privacy Watchdog EPIC, who before successfully put down a claim against Google Buzz, have now urged the FTC in an official letter to “review Google’s recent decision to integrate its Social Network, Google+, into search results“. EPIC has two things it feels are not in order: Google favoring their own products, and potential privacy hazards. 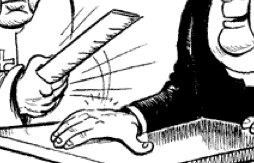 The official letter (pdf) that went out yesterday is as far as I can see not an official complaint but an urge towards the FTC to address the issues in the current investigation which the FTC is already conducting towards Google.

In the letter they quote Danny Sullivan and Benjamin Edelman, a Harvard Business School professor, who both imply that Google is favoring their own products by putting the suggested users in the right pane. Edelman said he found more that Google had “repeatedly crossed the line“. He apparently found “more than a dozen Google services receiving favored placement in Google search results“.

Google responded to the Guardian with a statement:

“Our goal with search has always been to provide the most relevant results possible. That’s why for years we’ve been working on social search features to help you find the most relevant information from your social connections no matter what site it’s on. Search plus Your World doesn’t change who has access to content, it simply helps people rediscover information they already have access to. We’ve taken special care with our new features to provide robust security protections, transparency and control for our users.”

Marc Rotenberg, Epic’s executive director, expects that regulators around the world are ready to look into the matter, not just the FTC. The European Commission and regulators in Asia are apparently waiting to get started.

An interesting part in the ‘complaint’ by EPIC is not that it focusses on the favoring of their own products, but also on privacy matters. They are basing that complaint on guesses so it seems when they point at the possibility that users might come across an “unexpected photo or post from a friend” and might “reshare it to the world”.

Even though in theory this could be true, I personally think that is an issue which is not specifically Google related. This is also the case with Facebook, but it is now being used as a stick against Google.

Still, Google has their hands full in the next weeks because I doubt this will be the last thing which we’ll hear about this.