Skip to content
Home » Articles » Resources » The Result of the Referendum on Scottish Independence will be ‘No’, says Bing 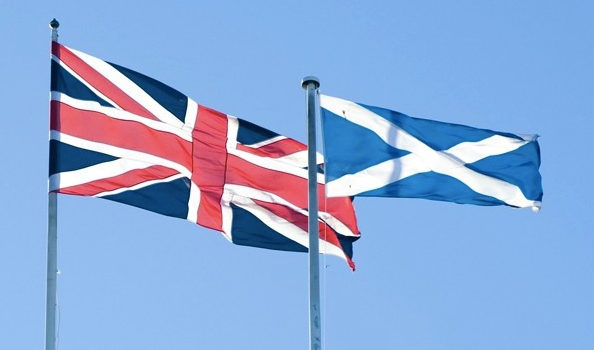 The Result of the Referendum on Scottish Independence will be ‘No’, says Bing

It was Eric Schmidt who said ‘I actually think most people don’t want Google to answer their questions. They want Google to tell them what they should be doing next’.

This means prediction. Google’s wants to predict what you need next.

But will it also mean tell you what to vote? Maybe one day. For now it’s more about predicting your next search, or predicting the weather, or the flu.

And even though Google-guy Schmidt was the one quoted, it seems like Google’s competitor Bing is currently more active on the predictions than Google is at the moment. They are however not trying to tell you what to do next. They are simply predicting what you, well, the public, is going to do.

And according to Bing, Scotland will not be voting in favor of their independance on September 18.

This summer Bing tried to predict the outcomes of the World Cup. For the final elimination rounds they were quite accurate, they only predicted the consolation match for third place wrong (but hey, who knew Holland was that good right). In the past Bing also gave projections for reality TV shows as well as the NBA amateur draft. Their latest prediction is about the Scottish referendum for independence on September 18. And Bing predicts it’s a close call, in the end there will be slight more ‘No’ sayers than ‘Yes’.

If you do a search on Bing.co.uk for ‘scottish referendum’, Bing will give you back the current predictions: 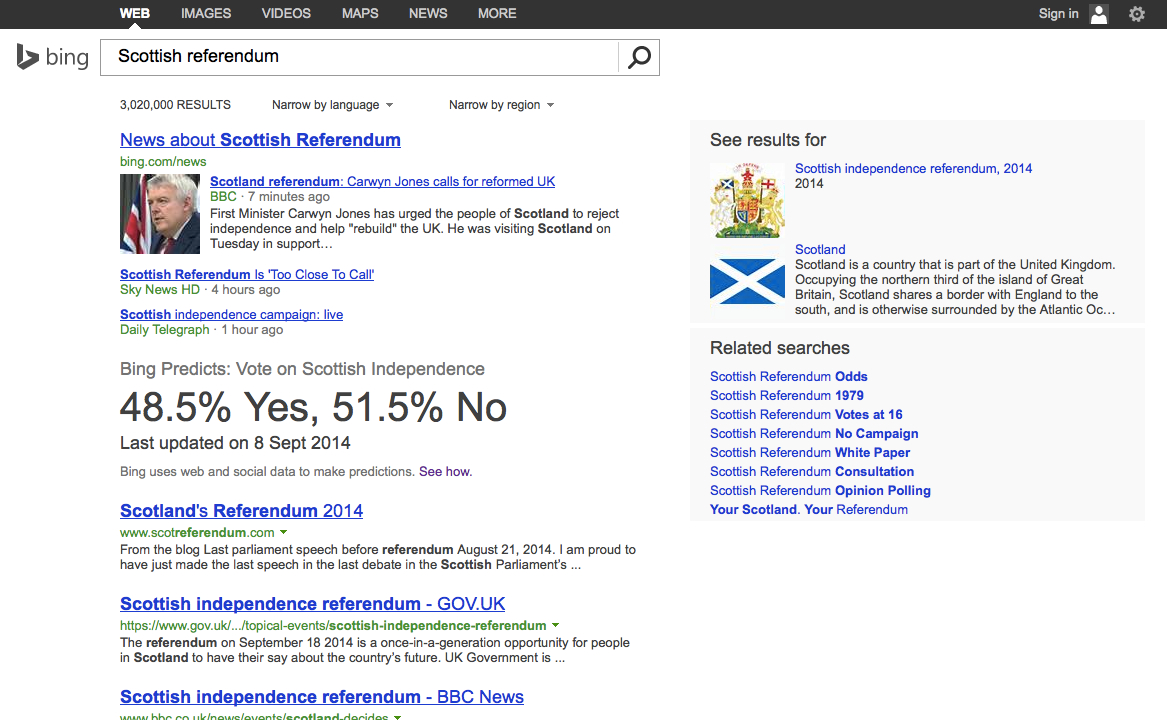 So how does Bing know this?

Bing’s initiative ‘Bing Predicts’ uses machine-learned models to analyse and detect trends from web and social activity as well as a host of other data for differing events.

But it’s not as easy as it looks. Predicting the flu or the winner of idols is relatively simple, since it is more of a ‘public’ domain. People don’t just share their political choices on the web. And if they do, you are never sure they are telling the truth.

Bing in this case didn’t ‘just’ look at predictions, it looked at many different elements. They (algorithmically) looked at terms and sentiment around keywords, but they also take history in account and take concerns that people have in account.

It’s about looking beyond the obvious, for example a search for “can the UK veto an independent Scotland EU membership” can determine a vote, as can the answer.

Will Bing be right?

We will know September 18th, but it’s an interesting development no matter if they are right or wrong. After all, this kind of ‘research’ teaches us more about our audience and how people use search.

To conclude: it’s a nice feature of Bing, I just wish they would’ve used ‘aye’ instead of ‘yes’, which could make for a whole different result ;-).