With their massive ad inventory and low rates, Facebook is a key source of cheap, targeted traffic for many website owners. Yet, despite the obvious potential of Facebook as a paid traffic source, many websites that use Google AdSense steer well clear out of fear of getting banned by AdSense.

Like many AdSense publisher fears, this one largely stems from forum posts by “innocent publishers who were banned for no reason”.  These posts appear with regularity on most popular webmaster forums and generally contain just enough detail to spread fear, but not enough to be useful in any way.  That said, there clearly is a pattern of policy issues affecting sites using Facebook for traffic, so should AdSense publishers be afraid?

It’s an obvious point, but the public protestations of recently banned publishers should be taken with a large pinch of salt.  As someone who often takes calls from banned publishers and then gets to review their accounts, the difference between what I am told and what I can see is often quite marked.  I’ve yet to see an account that was banned for no reason. More usual is that there is a clear reason, but the account holder doesn’t agree with it.  Similarly “I was banned for buying Facebook traffic” might be more accurately explained as “I was banned and I was buying Facebook traffic” .

From the horse’s mouth

When AdSense account are suspended or terminated it is at the hands of one of two departments: Ad Spam – the super-secret department tackling invalid traffic, or the AdSense Policy Team – who deal with all policy compliance and enforcement.    Through my work as an AdSense Partner I’ve had opportunities to discuss issues like this with members of both teams and I’ve specifically asked the question “Does AdSense have a problem with paid Facebook traffic?” of both.

The short answer from both the Policy Team and Ad-Spam is “No”.

There you are then, nothing to worry about.  Article over?

As with most things Google, the full answer is more complex.  In terms of policy there is no issue: AdSense publishers can buy traffic from Facebook.  There are though a number of ways that a publisher can come unstuck through Facebook traffic.  All of the usual rules apply of course.  For example, publishers asking people to click adverts are going to come unstuck whatever the source.  There are though a few issues of particular importance to those buying traffic through Facebook.

Who are you buying from?

There are a number of ways to buy Facebook traffic, and not all of them involve Facebook in the transaction.  Publishers buying traffic from popular pages and groups rather than through Facebook ads need to be particularly wary of the quality of that traffic.  Dishonest page/group admins can inflate their numbers through bots and fake accounts that would set Ad Spam alarm bells ringing if directed at an AdSense site.

Those buying at scales might consider employing traffic quality monitoring solutions.  At smaller scale a diligent approach, some common sense and a keen eye on Analytics should be enough to provide confidence.

Be careful what you buy

Whilst buying traffic from genuine users is OK, buying clicks or directing people towards adverts definitely isn’t.  As a rule of thumb buying exposure where the users then gets to choose whether to view your content is always going to be far safer than buying clicks that have been forced in any way (such as via an app, or requirement of a competition).

The Ad Spam team exist to protect the interests of advertisers.  Their job is to ensure that advertisers get what they pay for.  This is really important to publishers, as advertisers who are confident in the quality of the system spend more. Ad Spam are definitely not working for the publishers though and if there is doubt they are more likely to come down in favour of the advertiser.

Traffic from social networks presents a few challenges to AdSense.  Google clearly has less information about clicks that originate from Facebook than from Google search. That traffic can also appear very quickly, giving AdSense little time to “build confidence” in a publisher.

A new site or account that suddenly has hundreds of millions of impressions originating from the “black box” of social is going to be seen as more risky, particularly if there are any other areas of concern.  Gearing up traffic more gradually gives AdSense a chance to build up a picture of your property, confidence in it and an understanding of your traffic quality.

The latest iteration of the “made for AdSense” site is the viral-content site with no original content.  Hundreds of these sites exist, rehashing each other’s content.   Utilising cheap Facebook traffic combined with aggressive ad optimisation from multiple sources, they deliver a modern take on click arbitrage.

AdSense policy requires that publishers adhere to Google’s webmaster quality guidelines.  They also explicitly state that publishers “must provide unique and relevant content that gives users a reason to visit their site first.” (source).  Sites that simply re-publish another website’s content, or re-post videos from YouTube clearly fall short of this and their owners should not be surprised if they fall foul of policy as a result.

There is nothing inherently wrong with buying traffic from Facebook (or another social network) to promote an AdSense site. The low cost and low barrier to entry mean that it is very easy for a publisher to come unstuck quickly if they don’t take AdSense policy seriously. That can be said of many traffic sources though so publishers avoiding Facebook ads out of fear of a ban might be missing out on a key traffic source for their site. 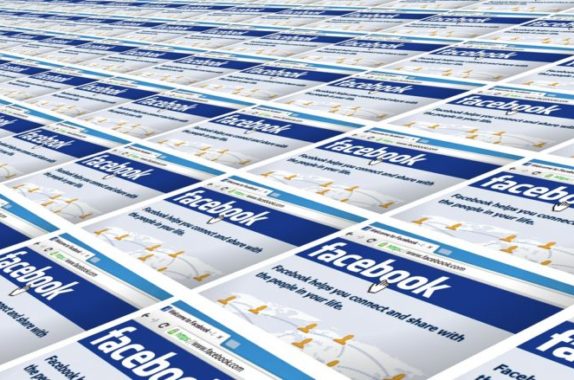 Latest Post from Mat
Advertising The Facebook browser – the biggest browser that you ignore
Join our 9,000+ Subscribers
Receive daily, weekly or monthly updates on our latest content