Schema.org Best Practices: Make the Most of your Markup

The conference attendees at ClickZ New York had been slipping away hour-by-hour and by the time the last afternoon session rolled around, the hallways were deserted. But not for people going home, a sizeable crowd has gathered in one room to have Schema demystified. Such a technical topic scheduled at the end of a three day conference that still managed to draw a crowd? We’re on to something here…

Schema, we’ve all heard of it, we all suspect we should be using it, however it has been difficult to find statistics about the positive impact it has on your site: until now.

Brian Ussery and Marcus Tober presented their observations, statistics and some insider tips.

But first, some statistics* to galvanize the crowd:

Brian Ussery quoted Schema markup as only being used by 15% of websites across the internet at large.

By implementing Schema now you will be ahead of a large chunk of the internet and, most likely, your competitors.

Best Practices to Make the Most of Your Markups

What was the thinking behind Schema in the first place? The internet is disorganized. It is a sprawling mess of chaotic, inconsistent information, some of which is useful, much of which is not. Google and other search engines try to find order in the chaos and Google, to reference one example, has done well at this, indexing some 50 trillion pages at the last count.

With such a vast array of information out there it is clear that the search engines often need some help understanding what all of these words, numbers, images and videos mean, enter Schema, a type of structured data that helps search engines better understand the entities on a page and their relationship to each other.

Larger sites, such as Wikipedia and established publishers such as The New York Times, and The Guardian have an advantage because of their dominance, crawlers will crawl their site anyway and will make an effort to understand their content as it is valuable for the users. The same cannot be said for smaller sites. Whilst this might seem unfair, Schema is your opportunity to communicate with the search engines and put your content in context.

Right, but why would anyone want to do this?

The theory is that by communicating your site content more effectively to the search engines, your content will be better understood and more likely to be shown correctly in the search results. In particular, Schema markup contributes towards rich snippet search results, so whilst Schema does not affect your organic rankings, it can give your keywords a richer search result, with images, videos, ratings, reviews, offers or product details (to list just a few examples) and it is these richer features that we are all chasing as they get a higher CTR.

Examples of Schema in action

As you can see from the image above, star ratings appear in the search results and the knowledge graph on the right hand side of the SERP.

The code is as follows:

Recipes also have their own Schema type, as indicated in the image above.

In the examples above, for recipes and film reviews, it is clear that the public’s opinion of this entity, whether a film or a recipe, is a clear indication of the quality, so the reviews are particularly useful for the end user trying to decide what to make for dinner or which film to watch. This sounds like a moot point but it isn’t.  Rich snippet results including images or ratings tend to be shown for informational queries, when the rating of the product (whether a film or a recipe or anything else) is useful to the user, a well-reviewed recipe or film is more likely to be rewarded with a click, so that information is useful and this is why the search engine will surface it.

Much like reviews above, ratings are useful for consumers as the research stage of a  purchase.

** Ratings Pro Tip Ratings must come from your site and be on display there. Schema does not work with 3rd party ratings, from Yelp for example.**

Adding Schema markup to your pagecode might seem like a daunting undertaking,  implementing Schema does not guarantee rich snippet results and it therefore might be difficult to secure developer resources. Throw in the fact that the most commonly-occurring number of Schema markup showing up in the search results is only two, it becomes clear that implementing Schema is not a one-and-done sort of project, implementation will have to be done incrementally.

It makes more sense to select some of the more generic Schema markup initially and gauge the impact this has on your CTR and traffic. By so-doing, if your results are successful, you still have the option to gradually experiment with new Schema markup. For although Marcus Tober only had data for 2013 and 2014 so far, the results suggest that Schema-derived (or Schema-like) results are an increasing presence in the SERPS.

In the meantime, experimenting with breadcrumb navigation, logo and organization markup (the latter allows your location and telephone number to potentially appear in the knowledge graph for your business) is the best first step.

If you are concerned that your competitors are rolling out Schema markup, search [Site:domain.com Schema.org] in Google and find any marked up pages.

As a final note of caution, rich snippets are algorithmically generated and therefore any abuses will be algorithmically penalized. The opportunities for businesses using Schema are incredible, however it is important that you do not try to game the system. One example mentioned in the presentation was that of sites trying to pass off coupon codes as offers. This falls foul of many search engines’ best practices and once you have been penalized for those tactics, it is extremely difficult to recover and get rich snippet results back. Brian Usser’s shared his high-level tips for general best practice in using Schema:

1) Avoid invisible content – mark up that leads to nowhere, whether a review or a discount offer.

2) Avoid misleading content – marking up an incredible price offer for example that isn’t real, just to get people to your site

3) Only use one structured data language – anything else is just confusing to the search engines.

Overall, the opportunities for smaller businesses are tremendous, it is virtually impossible to communicate with search engines to complain about injustices in the search results. Schema is one of the few solutions, along with your site itself and your xml sitemap, to focus the search engine crawlers on the content the matters. By marking up your site content in this way you are telling the crawlers about the most important component of your business.

Sarah Kershaw is a search analyst based in New York who engages in freelance writing in her spare time, writing about trends in digital marketing, the future of news and fine art. As a search analyst, Sarah is interested in UX and IA and tends to get very animated when talking about fonts and colours. 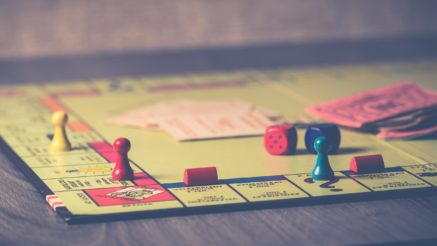 How to win at SERP Monopoly

Helen Pollitt
Monopoly is known as a game of capitalism and SERP Monopoly is no different. The goal of both games is...
Read More 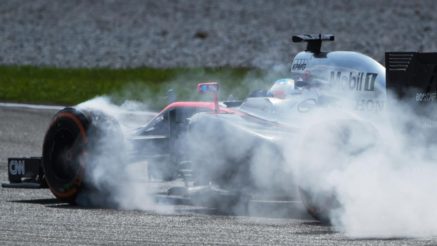 Daniel Bianchini
It's hard to overstate the importance of proper technical SEO as the foundaton of your website's organic performance. In this...
Read More 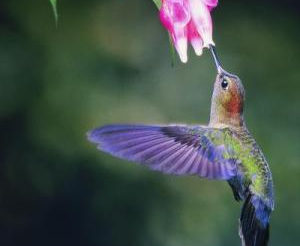 Annabel Hodges
A roundup of talks at SMX Sydnay 2014 relating to the impact of the Hummingbird algorithm on your SEO strategy,...
Read More
Join our 9,000+ Subscribers
Receive daily, weekly or monthly updates on our latest content