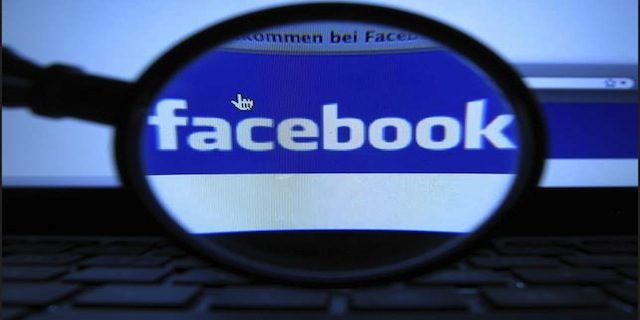 This article was originally posted on January 18 2013, a post by Bas van den Beld.

There it finally was, the news of Facebook launching a search engine. Not the ‘Google Killer’ some expected, or maybe hoped for, but interesting nonetheless, as a search engine within the enormous amount of data that Facebook holds.

It is a database and a feature full of possibilities. But with that it is also a feature full of dangers. Jeroen yesterday already pointed at some very interesting questions that come with the launch of Facebook Graph Search. And to my surprise, he was one of the few.

Most people (bloggers) focus on the what of the new search: what is it, how cool is it. Some look at the why (is it to compete with Google, to get more advertising money). Only a few look at the consequences of the new feature. And based on some testing Dutch Internet Expert Henk van Ess did, these consequences can be big. Really big.

What you can do with it

There are many articles out there already which explain how you can use Facebook Graph Search, so I won’t be going into that now. In fact, I haven’t been able to use it myself, but with the help of Henk van Ess I can show you some interesting things.

Basically it is simple: search queries will help you find people and interests. It is not so much a tool which helps you get, for example, latest information, as Danny Sullivan points out when trying to find out “who won the golden globes”. That is where Bing comes in.

But it also has other possibilities, possibilities not so much for the users, but for for example marketeers, journalists, detectives or even government, or crooks. because it will show you connections, interests and will give these people some interesting angles to better target for their purposes.

As a marketeer there are different ways of using Facebook Graph Search. The most suggested one I’ve seen so far is doing keyword research, ‘old fashioned style’. This means, figuring out what people like and talk about and craft your content based on that, hoping that many will pick it up. Facebook now tells you who to target.

You can for example easily find divorced people in a certain place who like pizza. Easy target:

Or find people with a certain music taste, as Danny Sullivan points out:

This is nice, and this is an advertising opportunity for Facebook as well, but to be honest, I think if you do that you miss out, as I said, its kind of ‘old fashioned’. In the coming years I suspect shooting hail is not going to be efficient enough anymore. Even though brands are looking for content creation, in the end it will be about getting others to influence their surroundings to promote your products. And for that you almost need to know people in person. With Facebook Graph Search you can now really pinpoint people who have certain interests, but also certain connections.

Take this one for example: “Men interested in men who like the FBI and watch Selena Gomez”

or if you are specifically targeting people working for a specific organisation and want to find out what their interests are. Gamification or in game advertising anyone?

The fine line between targeting and creepy

This all is relatively harmless. You can target but it isn’t ‘shocking’, its not even that revolutionary. But let’s take this a step further and presume the marketer in question is not such a ‘nice’ person. Take a look at some of these pictures from Henk van Ess, courtesy of VVOJ Medialab:

Let’s say you want to check out potential employees or you want to find out which one of your employees likes your competitor, like for example people working at Google who like Facebook.

Or maybe you want to know which people within your organisation are a fan of guns..?

I saw a tweet the other day from someone saying he wasn’t connected to his boss on Facebook so he felt ‘safe’. Think again. How would you like it if your boss would find out information like the above about you?

Or let’s say you’re in politics, we all know that politics is a tough game. You’re either pro- or anti- a specific candidate for example. Or maybe not…? Check out some people who say they are working for Romney, but they did like Obama…

And in the political discussion at the moment it is interesting to see which people working for Obama are also gun-fans for example:

Or take it one step further: you are a criminal and you want to check detectives working for the police. Maybe they have something they are vulnerable for, single men can be easily persuaded to… well, let your CSI mind finish that sentence…

As you can see this is a potential privacy night mare waiting to happen. The searches shown above are even relatively ‘nice’. Playing around with Graph Search will most probably give you more information you could ever imagine about people.

Facebook allows everyone to do searches so they can discover more related to their friends, but at the same time they are opening up a database which means we can find connections, relationships, similarities and correlations we never thought we would be able to see. Or even worse: we never thought others would see.

Yes, it is all data we put out there ourselves. We are the ones liking a page, but be honest: how many of you think about the consequences when liking a page? Or when writing down your interests? And who ever looks at what they wrote down a year ago? How often do you change your bio or interests for example?

If you would ask Mark Zuckerberg about this he would point out that people can opt-out. And he is right. If you don’t want to show up in searches like this you can opt-out, but most people won’t even realise, they won’t touch their settings, so probably 90% of Facebook users will never know or understand how ‘visible’ they are. And that is what Facebook is playing on and what the big issue will be: people don’t know or don’t care, because they don’t understand the consequences. Funny enough one of the first to spot the potential problems is Google’s Larry Page…

Henk van Ess, who was kind enough to share the images above with us says:

“Facebook understands that just being in a online Rolodex isn’t exciting anymore in 2013. Graph Search wants to be a powerful “Friend Explorer”. It shows you details about your friends you never knew – even about yourself because you forgot you posted it. I think it will be a mirror for the public and shock some people.

Facebook Graph Search is also a powerful search engine to find out incredible detailed information from total strangers. In the wrong hands, it’s gold for :

Public should be allowed to shield itself. For now, it’s to elaborate to remove things from the search engine.”

So to wrap it up: Facebook Graph Search. As Jeroen pointed out, there are some questions unanswered. It will be a very interesting tool from a marketers perspective, a research tool with only few limits. But it will also be a huge privacy issue and potentially a reason for people to start using Facebook differently.