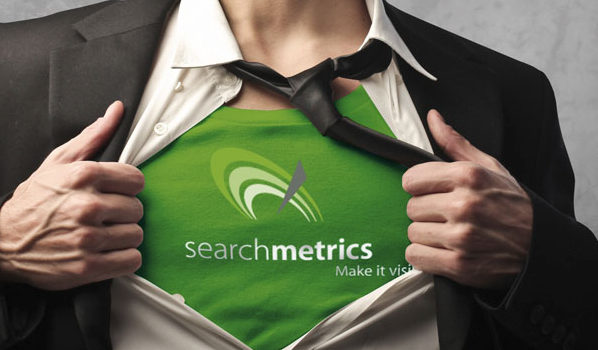 A Look Inside Searchmetrics’ thoughts and ideas

Today in London the UK Searchconference takes place. It is a gathering of winners and judges from the UK Searchawards. One of the winners was Searchmetrics, they won the best tool of 2012 award. Founder of Searchmetrics Marcus Tober came in to talk about their tool and the thoughts behind it. An insightful talk which gave some insights into how Searchmetrics think.

Tober started first by painting a picture about how we use search. Google has the monopoly, in most areas, search but also mobile phones (Android). We feel good about it however. The user is satisfied with the situation, as long as we don’t really see that Google is dominating us.

Tober says that the Google updates are in line with the number of pages indexed. Over the past four years the number of indexed pages has growth to a size 30 times as big as it was four years ago. Google needs to clean up. As Eric Schmidt said: “The internet is fast becoming a cesspool where false information thrives.”. Because there is so much spam and crap Google needs to do more updates. Where in 2008 there were 2 updates, in 2012 we almost have to stop counting, so many updates we saw.

As a marketer you are the man in charge, the Captain Kirk, but you will need a Mr Spock: somebody who looks at the data. Data is worth nothing if you don’t extract the right information out of it. And Mr Spock needs the right tools. But very important is to keep the human in the loop.

Marcus then continued to talk about the newest version of Searchmetrics: Suite 6.

For the first version it was just two people who developed the tool. Now they are up to suite 6 there are 35 developers working on the tool. This is because the internet is changing at a rapid pace as well, so development needs to increase speed as well.

The secret of the success

One of the secrets of their success according to Tober is that they build everything from scratch again.

During that process they cared about most:

Marcus in his talk described some features of the tool. I will highlight a few below.

Searchmetrics created what is called “SEO Visibility”, which looks beyond just rankings. If you look at only one ranking you can’t see a lot of things. If you however look at millions of keywords at the same time, you can see a trend of what happened.

You can also compare these metrics to competitors for example so that you will see whether or not it is a general trend or just a one-off.

Searchmetrics doesn’t have the goal to become a social metrics tool. They however do offer some social information: social visibility. You have then got the option to use that data for your own good.

In the last months there has been a lot of talk about rankings and keyword information. Based on rankings and search volume Searchmetrics can give you predicted information that you are now losing in Google Analytics because of the SSL Search measurements Google is taking.

Searchmetrics can combine the data and then create specific reports.

Marcus closed with an important message: Data is important, but more important is make your decisions based on that data correctly.